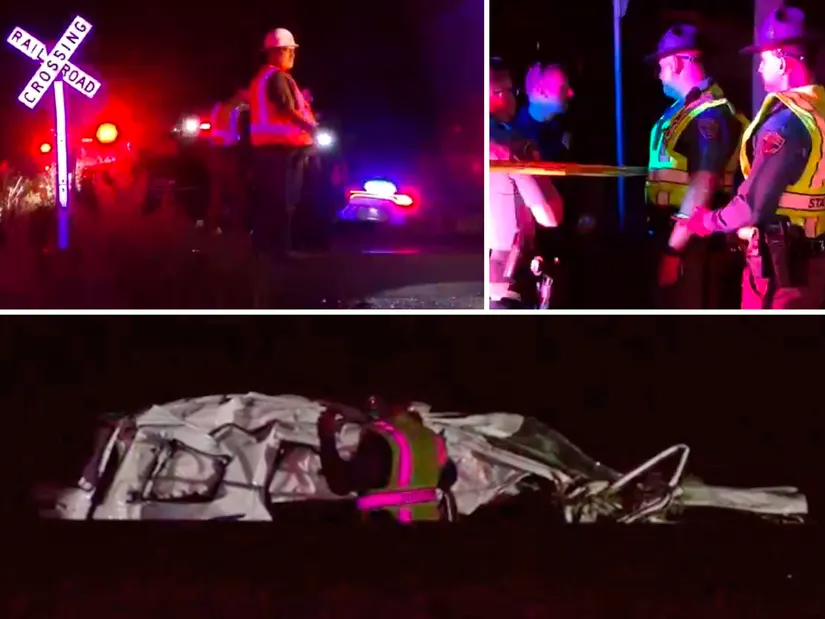 "Was she in there? Oh f---, oh f---" one of the officers could be heard saying in bodycam footage from the scene.

Two officers and the woman they were detaining have all been charged with crimes -- after a train barreled through the patrol car they placed her in and left on the tracks back in September.

On Thursday, the The Weld County District Attorney's Office announced that two officers involved -- Officer Jordan Steinke of the Fort Lupton Police Department and Officer Pable Vazquez of the Platteville Police Department -- had formal charges filed against them stemming from the incident.

The woman who was injured in the incident, 20-year-old Yareni Rios-Gonzalez, was also charged with one count of felony menacing. According to the DA's statement, she's accused of pointing a gun at a victim during a road rage incident.

"All three defendants were issued a summons and were not arrested. Therefore, there are no mugshots or arrest affidavits for this case," added the DA, saying no court dates for the three defendants have been set.

Per the Colorado Bureau of Investigations, the initial incident went down in Fort Lupton, Colorado on Friday, September 16 -- after officers responded to a call about an alleged road rage incident involving a firearm. They located the vehicle and made a traffic stop "just past" railroad tracks, with police pulling behind the car on the tracks themselves.

Rios-Gonzalez was detained and placed in the back of cruiser, which was left on the tracks while officers cleared her vehicle as part of the investigation. It was then that a train struck the patrol car. In bodycam video from the scene, a train whistle is heard while officers search the suspect's vehicle; they then panic as they realize she was still inside the cruiser.

Sustaining what the CBI calls "serious bodily injuries," Rios-Gonzalez was taken to a nearby hospital for treatment. She has since been released.

Steinke's attorney told CBS Colorado, "Officer Steinke has faith in the judicial system and trusts she will receive her fair day in court." Vazquez's attorney wouldn't comment until seeing the full indictment.