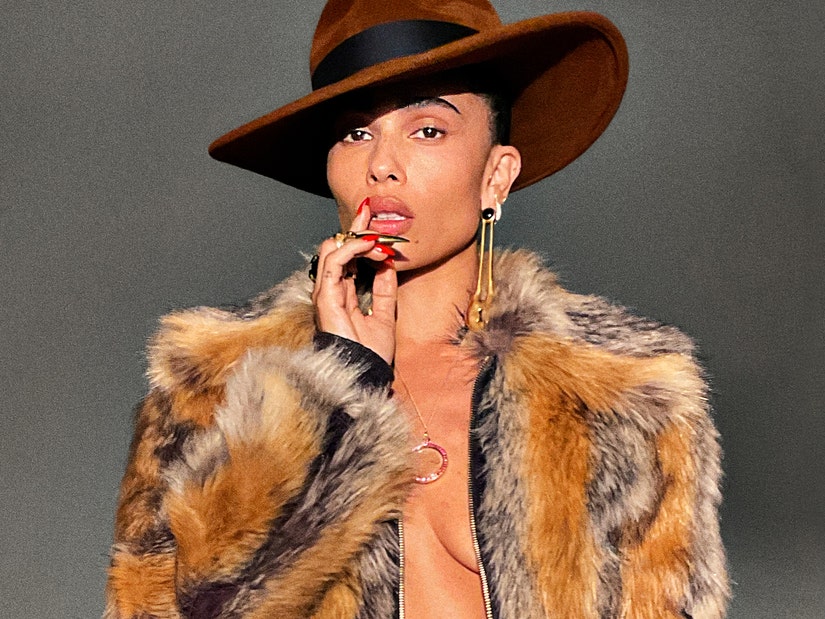 "I was sweating and he was like, 'Get on the bike, I'll ride you over and you can relax'"

Zoe Kravitz is opening up about her relationship with Channing Tatum.

In a wide-ranging interview with GQ for its Men of the Year issue, the actress gushed over her the "Magic Mike" star, whom she started dating last year. 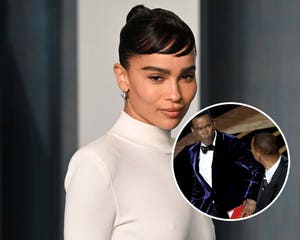 "He's just a wonderful human. He makes me laugh and we both really love art and talking about art and the exploration of why we do what we do," Kravitz, 33, said. "We love to watch a film and break it down and talk about it and challenge each other."

She credited Tatum, 42, for being there to comfort her in times of stress on the set of the movie "Pussy Island," which marks her directorial debut and stars Tatum.

"Whether it was making me tea or pouring me a drink or going to whip someone into shape or whatever -- he really was my protector and it was really wonderful and sweet," Kravitz told GQ. "I think if you can do something like that together, it's a good test. And we came out even stronger."

Meanwhile, "The Batman" star also got candid about the viral paparazzi photo of her and Tatum from the summer of 2021, in which she can be seen riding on the back of Tatum's bike. 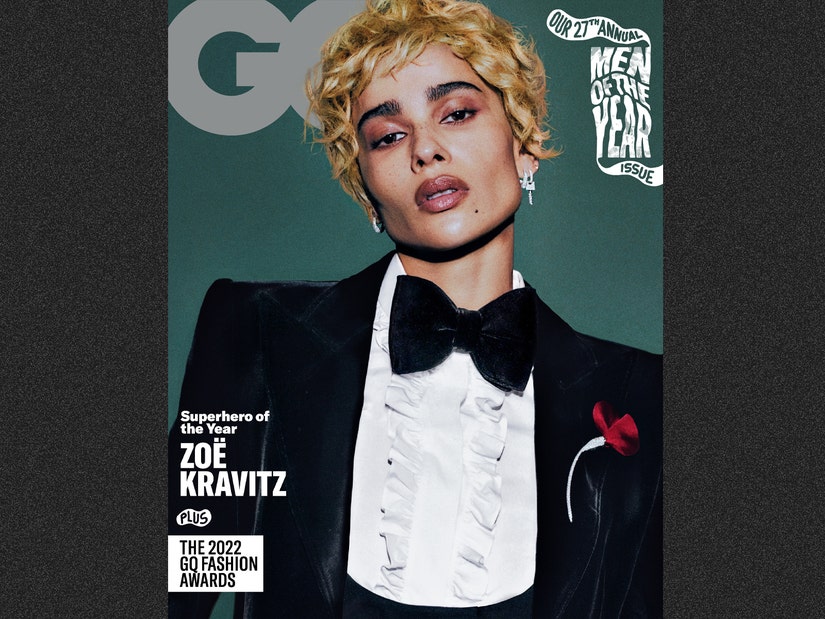 "I was sweating and he was like, 'Get on the bike, I'll ride you over and you can relax,'" she recalled of the shot, which quickly became a meme. "You want to keep it sacred and private as long as you can. So that you don’t have to even think about what the world thinks about it."

Kravitz's relationship with Tatum came following her divorce from Karl Glusman, whom she married in 2019 before separating a year and a half later. They finalized their divorce in 2021.

During her interview with GQ, the "High Fidelity" star addressed her marriage and divorce, reflecting on how she experimented with domesticity after she turned 30.

"There's something romantic and exciting about being like, 'Oh, I'm an adult. I stay home and cook now. I bake bread,'" she said. "Then I think you do that for a couple years and you realize there's still a lot of life to be had….I'm done romanticizing the 'old is domestic' thing. It’s cute for a minute and then it's not." 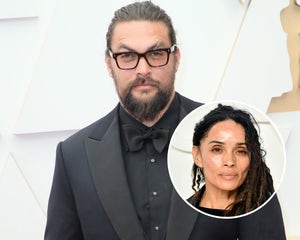 "It's a hard question to ask yourself: 'Maybe I don’t want the thing that I'm supposed to want, a marriage, children, any of it," she added. "I don't know if I want that at all.' That's an uncomfortable question, especially for a woman to ask herself."

While speaking to GQ, the "Big Little Lies" actress reflected on growing up with her famous parents, Lenny Kravitz and Lisa Bonet.

"Going to see my father at a studio and having Mick Jagger be there. Going to the VMAs as a kid and sitting on Scary Spice's lap. It was kind of a lot of that," Kravitz said.

"My parents were very young and they dressed really crazy -- see-through shirts and velvet pants and stuff," she added of her parents, who were married from 1987 to 1993. "I had this fantasy about just having a parent that wore a button-up top."

While Kravitz noted that she felt a "deep insecurity" about being a nepotism baby growing up, she said, "It's completely normal for people to be in the family business. It's literally where last names came from. You were a blacksmith if your family was, like, the Black family."