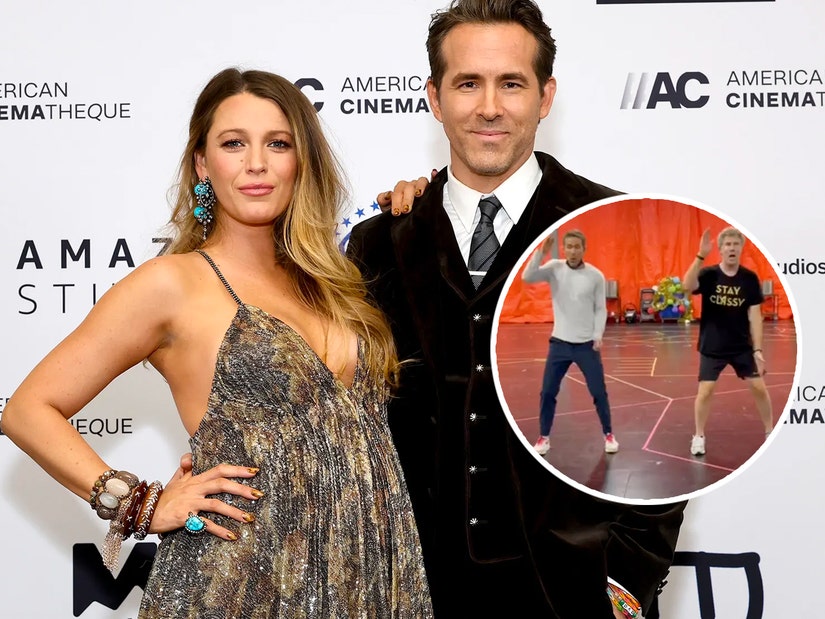 The couple are expecting a fourth addition to the family.

The 35-year-old "Gossip Girl" alum left a flirty message on her husband's latest Instagram post, as he shared a video of him and his costar Will Ferrell rehearsing for a dance sequence for their new musical retelling of "A Christmas Carol," the Apple TV+ film "Spirited."

"You've got to be willing to be bad at something if you want to be ... slightly less bad at it? Here's Will and I proving that point! We're so humbled by all the love for #Spirited on @appletvplus," he captioned the clip, before Lively flocked to the comments.

"Can you get pregnant while pregnant??" she quipped, continuing the couple's streak of trolling and/or celebrating each other on social media.

Blake and Ryan are expecting their fourth baby together and already share three daughters: James, 7, Inez, 5, and Betty, 3.

Lively wasn't the only fan of the footage either, as Katie Couric commented, "Will's got moves! 🔥👏", Terry Crews wrote "❤️❤️❤️❤️🔥🔥🔥🔥" and Ava DuVernay added, "Why’d I smile through that whole clip? 👏🏾"

Kerry Washington also wrote, "I would watch an entire film of just the dance rehearsals."

Speaking to Entertainment Tonight, Reynolds shared how their kids feel about meeting the newest addition to the family.

"They're in. They love it. They're ready," he gushed, before sharing his own excitement. "I'm very excited, we'd have to be. You know, you'd have to be a moron to do this four times if you didn't like it. It's gonna be nuts, but we're very excited."

Considering himself a baby veteran, the 46-year-old actor admitted that he and Lively aren't sweating as much this time around.

"The first one, everything's like perfect and you set everything up, everything's sterilized. By the fourth, you're just like, oh, right this is happening," he teased during a recent appearance on Kelly Clarkson's talk show. "I should sweep or something."

"Not as much preparation has happened. I shouldn't speak for my wife because she's in it to win it right now," he explained. "She's ready. We're very excited though."