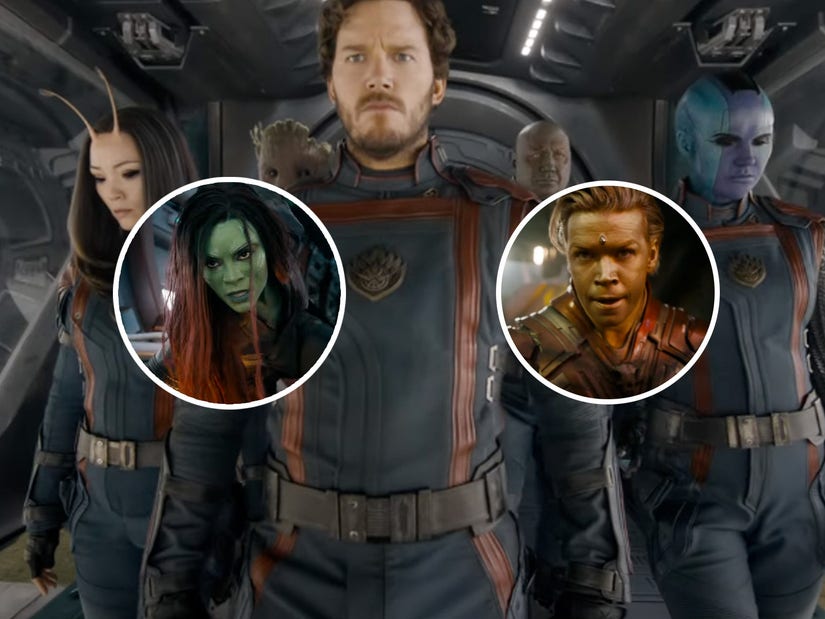 The footage includes a lot of tears, a tease of Rocket's origin story and Will Poulter's Adam Warlock.

More than four months after the first footage of "Guardians of the Galaxy Vol. 3" debuted at Comic-Con back in July, Marvel has finally released a trailer online -- after it was shown at Brazil's answer to Comic-Con, CCXP, moments ago.

The film has been teased by both cast members and director James Gunn as the end of a trilogy, with many of them waxing poetic about their time in the franchise as if they all won't return in the MCU again further down the line. The footage really leans into that sentiment, with Rocket saying, "We'll all fly away together, one last time."

Per an official Marvel synopsis, "our beloved band of misfits are looking a bit different these days" in the film. "Peter Quill, still reeling from the loss of Gamora, must rally his team around him to defend the universe along with protecting one of their own. A mission that, if not completed successfully, could quite possibly lead to the end of the Guardians as we know them."

The footage showcases both the humor and emotion of James Gunn's latest, as it teases Rocket's origin story, a lot of crying and introduces both Will Poulter's Adam Warlock and Rocket's otter GF  Lylla.

"This is the full story, where I always intended to go," Gunn previously said of the film in San Diego -- while adding, "it doesn't mean everyone dies."

In addition to Poulter's incredibly powerful being, the movie also brings Cosmo the Spacedog -- previously seen in the Guardians epic holiday special on Disney+ -- into the fold and introduces Chukwudi Iwuji as the High Evolutionary, someone who has a connection to Rocket's past.