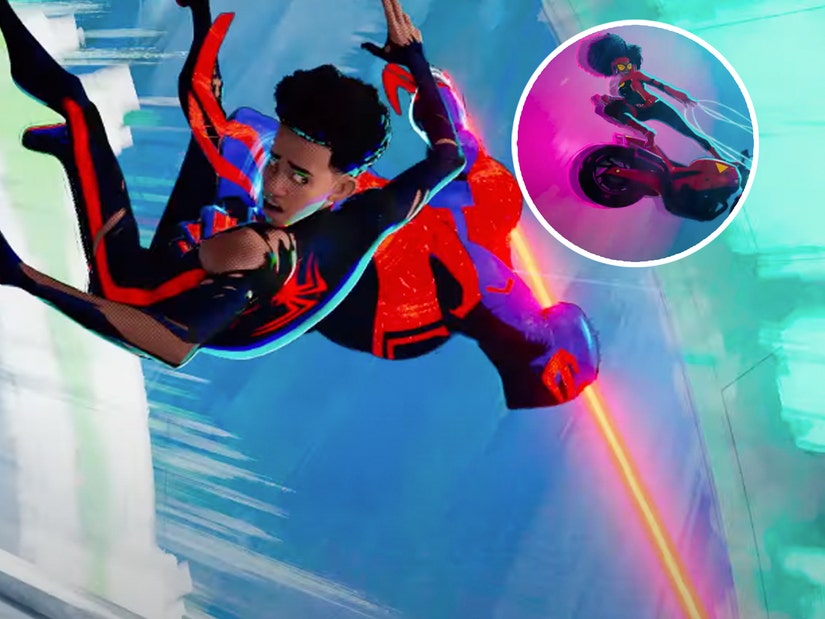 The full trailer for the highly-anticipated sequel to 2018's Academy Award-winning "Spider-Man: Into the Spider-Verse" is finally here ... and just like its predecessor, the visuals are wildly impressive.

The sequel once again centers on Miles Morales (voiced by Shameik Moore), in an "epic adventure," according to the official synopsis, which will "transport Brooklyn’s full-time, friendly neighborhood Spider-Man across the Multiverse to join forces with Gwen Stacy (Hailee Steinfeld) and a new team of Spider-People to face off with a villain more powerful than anything they have ever encountered."

Among the new Spider-People in this latest film: Spider-Man 2099 (Oscar Isaac), Spider-Woman Jessica Drew (Issa Raae) and Spider-Punk (Daniel Kaluuya). The first two -- and a ton of other iterations of the web-slinger -- appear in the new footage.

Though the trailer teases a face-off between Miles and 2099, the main villain for the movie is reportedly The Spot (voiced by Jason Schwartzman).

Kemp Powers, one of the film's directors, told Total Film that the character's "ability to open portals across dimensions sets him up perfectly for the Spider-Verse." He's not just a one-off either, as Powers said The Spot is "the villain of the next two films," adding, "and let's just say that the Spot and Miles are connected in surprising ways."