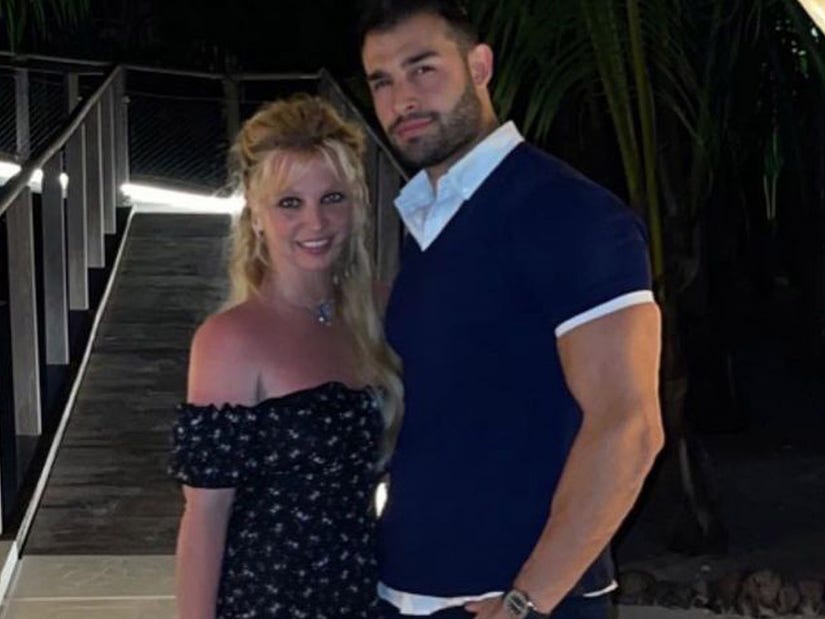 "Who am I to control someone that's been under a microscope and been controlled for most of her life?"

Britney Spears shared a number of nude photos to her Instagram page on Thursday night, sparking a new wave of concern and criticism for the singer in the comments -- and while he may not love her sharing the pics either, her husband Sam Asghari still has her back.

Last night, Spears appeared completely naked -- save for some strategically-placed emojis and her own hands covering her breasts -- in two different posts shared to her page. Many of her followers questioned whether it was actually Britney posting the images in question, while others called the behavior "suspicious" and wondered whether she was okay. 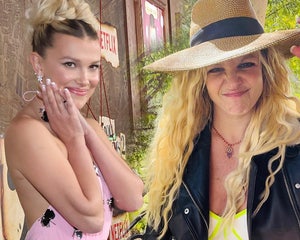 Asghari jumped into the comments -- and though he pointed out that he doesn't necessarily agree she should post photos like these either, he still defended her decision for doing so.

"The only person in the world that gets bullied for posting things like this," Asghari, 28, wrote. "I personally preferred she never posted these but who am I to control someone that’s been under a microscope and been controlled for most of her life."

He went on to share the comment to his own Instagram Story as well. Spears, of course, was previously under a 13-year conservatorship which was only terminated last November. 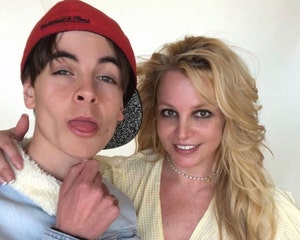 Britney Spears Posts About Her Sons' Birthdays Amid Estrangement

The photos and Sam's defense come after Kevin Federline claimed earlier this year that their children together, Sean Preston and Jayden James, hadn't seen in her months -- in part, due to her revealing Instagram photos.

"It saddens me to hear that my ex husband has decided to discuss the relationship between me and my children … as we all know, raising teenage boys is never easy for anyone ... it concerns me the fact that the reason is based on my Instagram ... it was LONG before Instagram," Spears said at the time.

"I gave them every thing ... Only one word: HURTFUL," she added.

Earlier this month, however, another message was posted to her boys on her page, reading, "To both of my boys ... I love you ... I would die for you !!! God speed my precious hearts !!! I would give anything just to touch your face !!! I send my love ... Mamasita."

Her Instagram page was deactivated shortly after, with Sam claiming Britney did so because "Social media can be traumatizing. Sometimes it's good to take a break. She has her voice and is a free woman. I have respect for her privacy and I protect it at all times. Thank you to all of her protective fans."

Her page has since been reactivated.