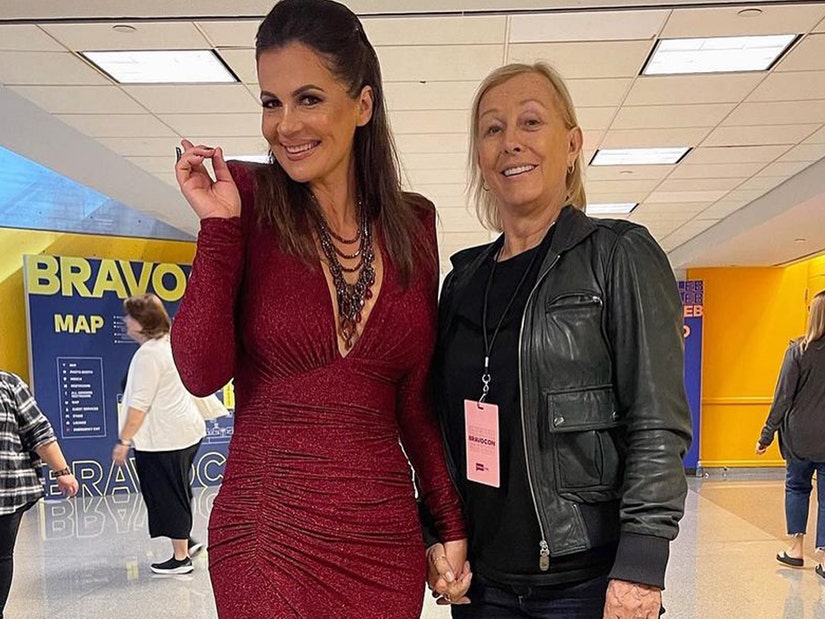 The tennis legend revealed she has both throat cancer and breast cancer.

Martina Navratilova's wife, "Real Housewives of Miami" star Julia Lemigova, says they're determined to fight after the tennis great was diagnosed with two forms of cancer.

"Thank you to everyone who has reached out to share words of support. Together, we will fight this," Julia posted to Instagram hours after the news broke.

On Monday, Navratilova confirmed she was diagnosed with both throat and breast cancer, saying in a statement that "this double whammy is serious but still fixable." She added: "I'm hoping for a favorable outcome. It's going to stink for a while, but I'll fight with all have I got."

The diagnosis came after she underwent testing for an enlarged lymph node on her neck in November.

"The cancer type is HPV and this particular type responds really well to treatment," her rep told PEOPLE, adding that the breast cancer is "completely unrelated to the throat cancer" and both "are in their early stages."

Navratilova previously battled breast cancer, but declared she was "cancer-free" in 2010.

Following Julia's post, several of her costars and Bravolebrities sent their support in the comments, including Larsa Pippen and Lisa Hochstein, who both left heart emojis. Marysol Patton also left a string of emojis, writing, "💫💫💫💫💫❤️"

"Yes! Together we will win this battle 🙏❤️❤️🙏🙏🙏" added Adriana de Moura, while Guerdy Abraira wrote, "We love you both and positive thoughts only 😍❤️"

RHOP's Wendy Osefo also wrote, "Sending you both so much love during this time 🙏🏾💕