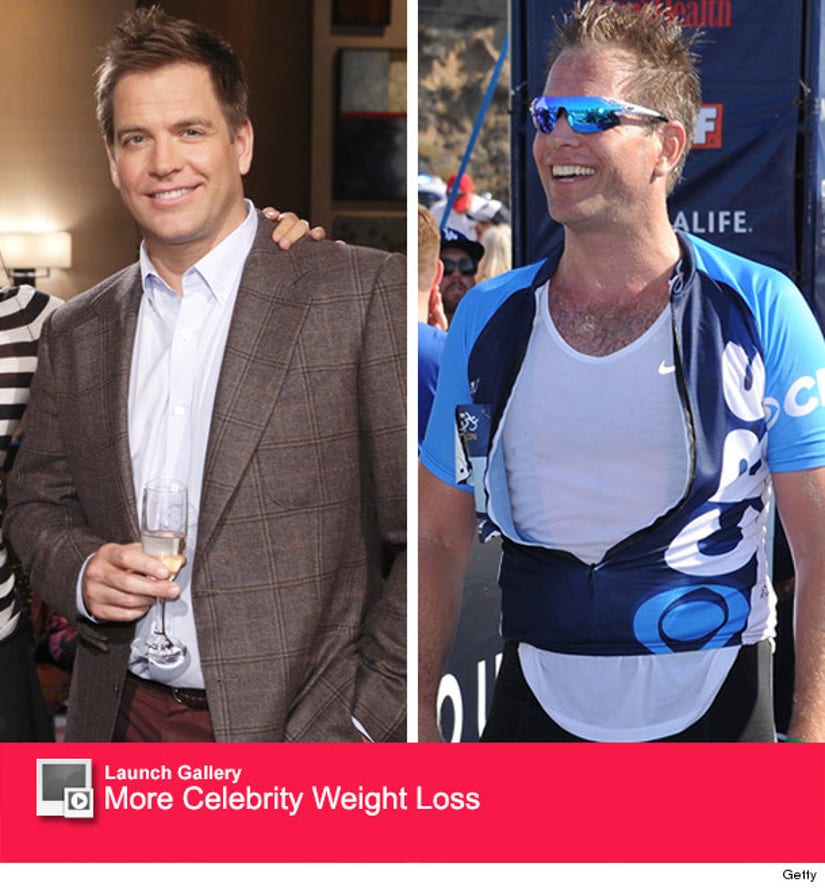 When Tony DiNozzo gets back to work tonight on "NCIS," he might look a 'lil bit different.

The actor who plays him, Michael Weatherly, went through quite the transformation over his summer break -- and just revealed he lost an amazing amount of weight in the last four months.

"My friend and I have been swimming in the Pacific every weekend [since early May], and I lost 35 pounds," the 46-year-old tells Closer magazine.

Weatherly showed off his new bod at the Malibu Triathlon earlier this month, where he competed alongside celebs like Max Greenfield, Victor Ortiz, Geoff Stults and more.

The actor's weight loss comes just as the show accomplished quite the achievement -- and was named the "Most Watched Drama In the World" back in August at the Monte-Carlo Television Festival, which rewards programs that delivered the highest ratings across five continents.

Looks like a lot of people are about to see that slim physique!