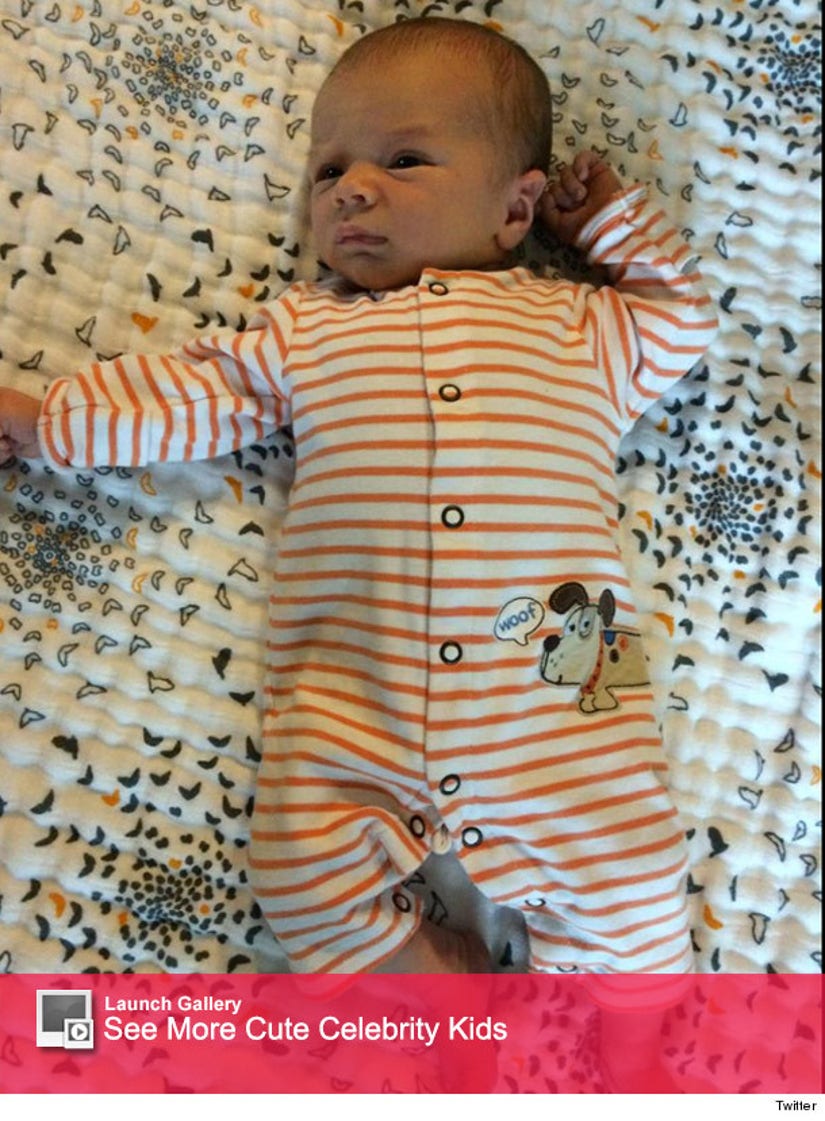 "The Hills" star Holly Montag shared the first photo of her new son with husband Richie Wilson -- and boy is he a little cutie!

"Super ninja baby! @bebeaulait," she captioned the Twitter photo of the tiny tot in an adorable striped onesie.

The reality star welcomed her first child on May 3rd, making her sister Heidi Montag and husband Spencer Pratt an aunt and uncle!

The 31-year-old and her now hubby tied the knot back in September in Crested Butte, Colorado ... where her younger sister served as a bridesmaid on her big day.

Several months later, the former MTV star announced she was expecting her first child in December, sharing an adorable family photo taken over the holidays.

With Holly already starting a family, does this mean Spencer and Heidi are working on a baby Speidi of their own?

The two famously headed to "Marriage Bootcamp: Reality Stars" because they couldn't agree on starting a family. With a new nephew, maybe the notorious couple will be starting a family sooner then we think!

How adorable is Holly's new son? Sound off below then click "Launch Gallery" for more cute celebrity kids!