Matthew Broderick is dishing on his marriage with Sarah Jessica Parker!

The actor stopped by "Watch What Happens Live" on Tuesday to promote his new show "Sylvia," where a caller asked what's the most bitchy thing SJP does.

Being the good hubby that he is, Broderick had only lovely things to say about the "Sex and the City" star ... but he did share one hilarious detail.

Host Andy Cohen -- who's also the actress' BFF -- followed-up the caller's question with one that was framed a little more nicely.

"Is there something that you do around the house that bugs her?" Andy asked. "Everything, you know," the actor hilariously confessed.

"Anytime I talk about my wife, [they] want to make it like the battle-ax, and I always do that bit, but it's not true. She's a very positive person," he declared.

Earlier in the show, Broderick likewise revealed why he didn't attend the Met Ball this year with Parker -- and it's not because he didn't want to go!

A caller asked the actor why Parker brought Cohen as her date instead of her hubby, and Andy asked if that's something Matthew would've even wanted to attend.

"You know, I kind of do," he confessed, before revealing the real reason for his absence. "I think it was because I had a show. It didn't seem right to just not show up at the theater and say, 'I'm at the Met Ball.' But then I read that there's trouble in our relationship. But I was at my own show, in my defense." 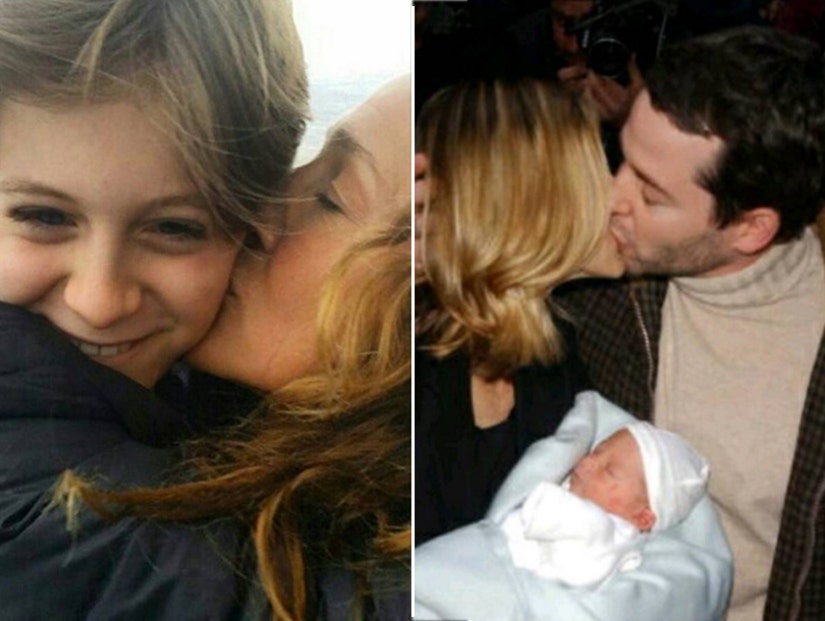 Matthew and SJP have a big reason to celebrate today -- it's their son, James Wilkie Broderick's, 13th birthday today!

The actress shared some sweet snapshots on Instagram for his big day, where she showed just how much he's grown since he was a baby.

Can you believe how big he is now?!