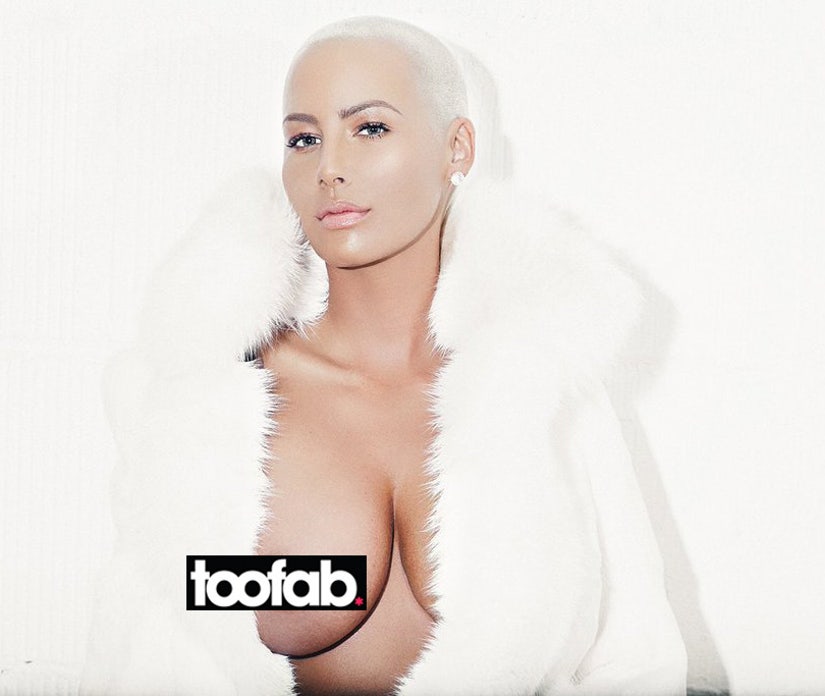 The 32-year-old took to Twitter on Thursday to share a racy snap of herself in a white fur coat with one of her breasts totally exposed.

"#freethenipple #MUVA photo by @solmazsaberi #AmberRoseSlutWalk2016," she captioned the photo.

The sultry pic seems to be promoting her 2016 Amber Rose Slut Walk, although the mom-of-one didn't give any additional details.

This isn't the first time Rose has used her image to make a statement.

In a recent interview, the self-proclaimed "neo-feminist" opened up about her stripper past when talking about Hollywood's double standards. She even referenced Channing Tatum, who has been open about being a male stripper in his early days, to exemplify her point.

"Look at Channing Tatum. He was a stripper just like me. No one says s--t," she told the Huffington Post. "He's at the f---ing Oscars. He's at the Vanity Fair party. You know what I'm saying? No one cares, because he's a man. They're never going to care."

[Tatum] embraced the fact that he was a stripper and made a movie and kind of made fun of himself," she continued, "but if I make fun of myself and I call myself a slut, or talk about my stripper past and say it was the best time of my life -- I was young, and beautiful making a hundred thousand dollars in cash a year. How f---ing fun was that? I had a bunch of friends, it was a party every night -- I get ridiculed for that."

During an interview with "Nightline," Amber said, "I thought she looked beautiful. I'm a mom. I know how hard it is to like work out and try to get your body back but at the same time, embracing the fact that your body does change after you have a baby."

"People think that me and Kim are arch-enemies," she added, "and we're not. We literally text each other all the time. We're very, like, positive towards each other."

She went further, suggesting a sense of kinship with Kim, because both their critics dismiss them for their raunchy pasts.

"People feel like Kim is just famous because she had a sex tape, and I'm just a famous ex-stripper," she snapped. "We're not able to be mothers and still be sexy because we were ex-sex workers."

What do you think of Amber's racy snap? Sound off below then click "Launch Gallery" for more of her hottest looks!