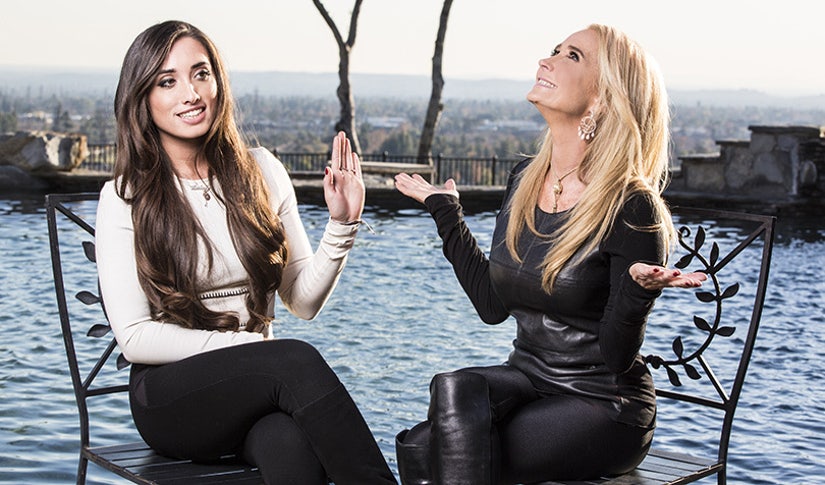 Kim Richards and her daughter, Kimberly Jackson, signed on to undergo therapy together for "The Mother/Daughter Experiment: Celebrity Edition," so clearly they had some issues. But with the help of rehab and Kim's regained sobriety, things seem to be looking up!

"Things were so crazy last year," Jackson, 20, divulges to PEOPLE, "There were so many things going on at one time."

Not least of those was that Richards, the 51-year-old star of "The Real Housewives of Beverly Hills," got arrested twice in 2015, once for being drunk in public (among other offenses), and another time for shoplifting.

The public intoxication case ignited a lot of guilt in Richards, in large part because of how it would impact her four children: in addition to Kim Jackson, she's got 24-year-old Chad, 26-year-old Whitney, and 30-year-old Brooke.

"Sometimes, I put my arms around them and I say, 'I love you, I'm so sorry,'" she reveals. "I know they worried about me."

Jackson confirmed it. "My mom is my best friend. Watching her go through a hard time and not being able to rely on her, it was so scary for me."

The one plus side to this whole mess? It drove Richards back into rehab, and says she's sober now.

"I've made mistakes, but I keep trying,” Richards insists. "I've never done anything intentionally to hurt my children."

Based on the way Richards and Jackson discuss each other now, "Mother/Daughter" seems to have worked! Because if you guys remember, this was not so at the beginning.

During that pilot, between the other guests' shouting matches and Mrs. Robinson accusations and vomiting in the hall, Kim and Kimberly were feuding over some heavy emotional baggage.

Looks like we'll have to keep watching to see how they resolve everything!

You can catch “The Mother/Daughter Experiment: Celebrity Edition” on Lifetime, Fridays at 11/10c.