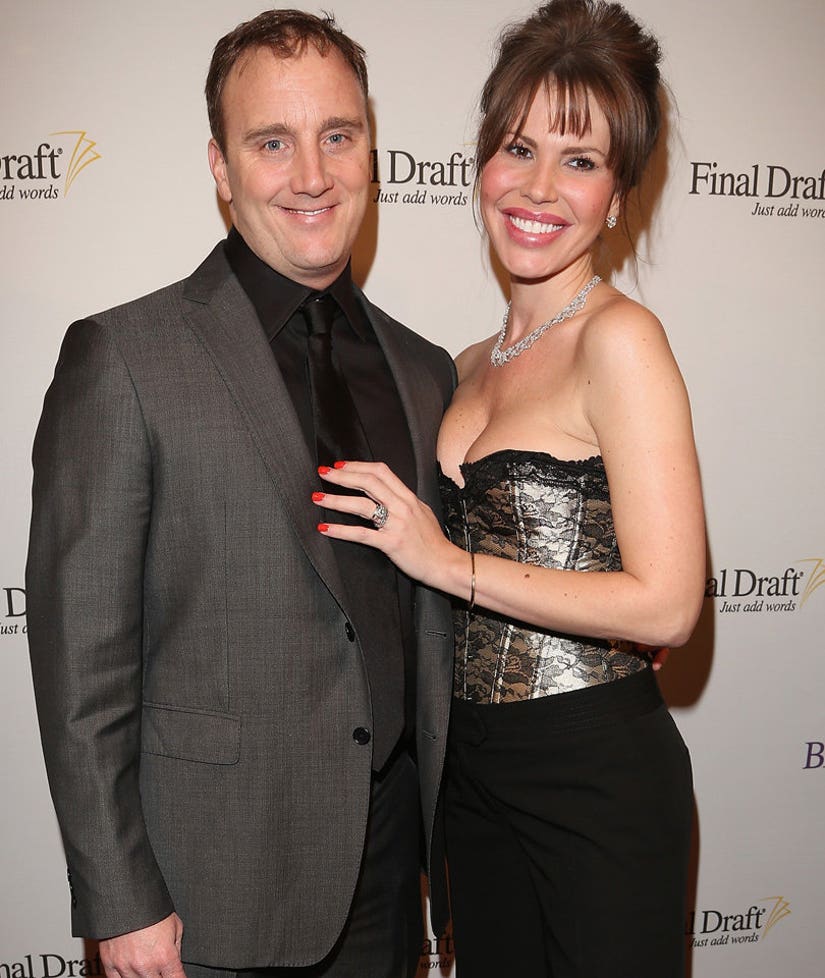 Jay Mohr and Nikki Cox are calling it quits after 9 years of marriage. After filing for divorce, the actor shared a rare video of his ex on Instagram, which has us scratching our heads.

In the clip, Mohr can be heard from behind the camera, saying, "You're so beautiful" to the former "Las Vegas" star. The caption reads, "Married. Happy. And A lot."

It's important to note that the comedian released a stand-up album, "Happy. And a Lot," last year, featuring material written entirely by his wife.

Doesn't the timing of the video seem a little odd?!

Mohr cited irreconcilable differences as the reason for the split. According to the documents – filed on Tuesday – the couple had a prenuptial agreement that included terms of spousal support.

"We are very married, very in love and that's really all there is," the actor told PEOPLE in a statement.

The now-estranged couple got married on Dec. 29, 2006 and have a 5-year-old son, Meredith Daniel, together.