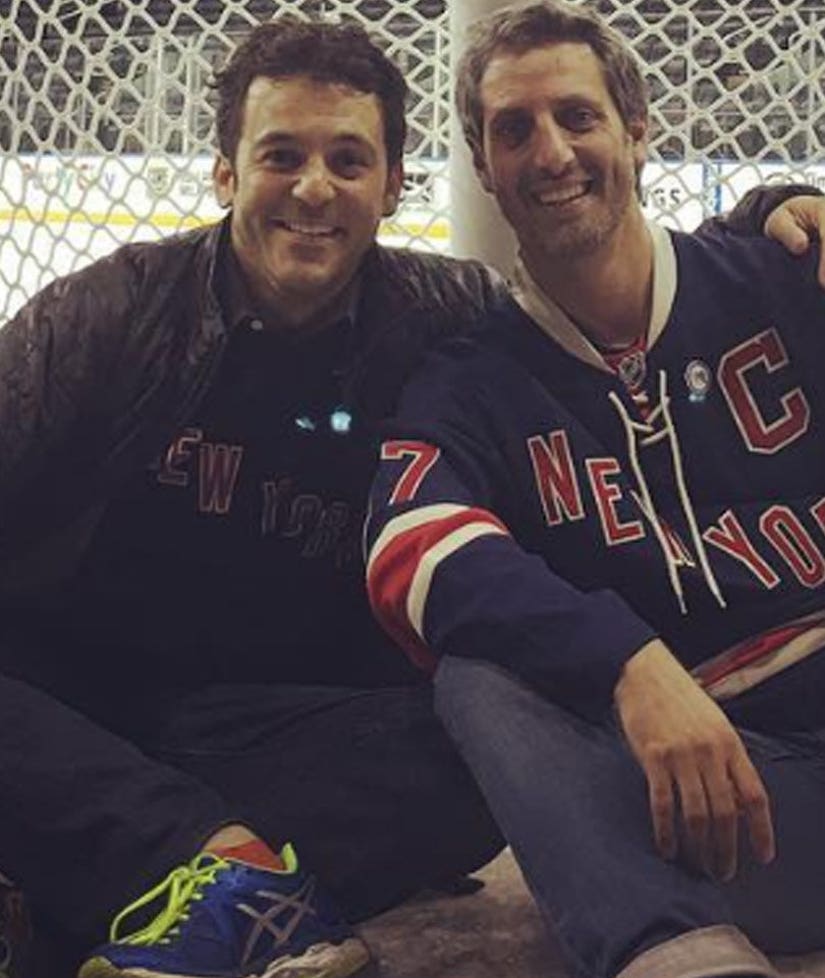 Ever wonder what happened to the stars of the “Wonder Years”?

Believe it or not, more than 20 years after the coming of age series wrapped, its fictional BFFs are still hanging out!

Yep, Fred Savage and Paul Saviano, who played a pair of fresh faced buds on the ABC show which ran from 1988-1993, delighted fans when they hit up a New York Rangers hockey game together on Sunday.

And in a move that their childhood characters would've undoubtedly have approved, the longtime pals hammed it up for Jumbotron when the camera landed on them in the stands.

"Jumbotron game on point," Savage captioned an Instagram pic of the moment that saw him raising his hands in excitement and Saviano cheering on his buddy.

Further endearing themselves in the hearts of fans of the iconic show, the besties continued to hang long after the last point was scored.

"You know it's a good night at a @nyrangers game when @thefredsavage and I end up in the net #epicnight #lgr," Saviano wrote of a pic of the child stars hanging out on the rink.

Both Savage and Saviano went on to pursue higher education after the "Wonder Years" ended, with the former studying at Stanford and the latter heading off to Yale. Since, then Savage has established a career for himself as a television director and continues to act. Most recently, he starred alongside Rob Lowe in “The Grinder,” which was canceled after its first season.

Meanwhile, Saviano pursued law after graduating from Cardoza Law School, but you may recall seeing him on a few episodes of "Law & Order" over the past few years.

No word yet on whether the pair also continue to hang out with Winnie Cooper (Danica McKellar).