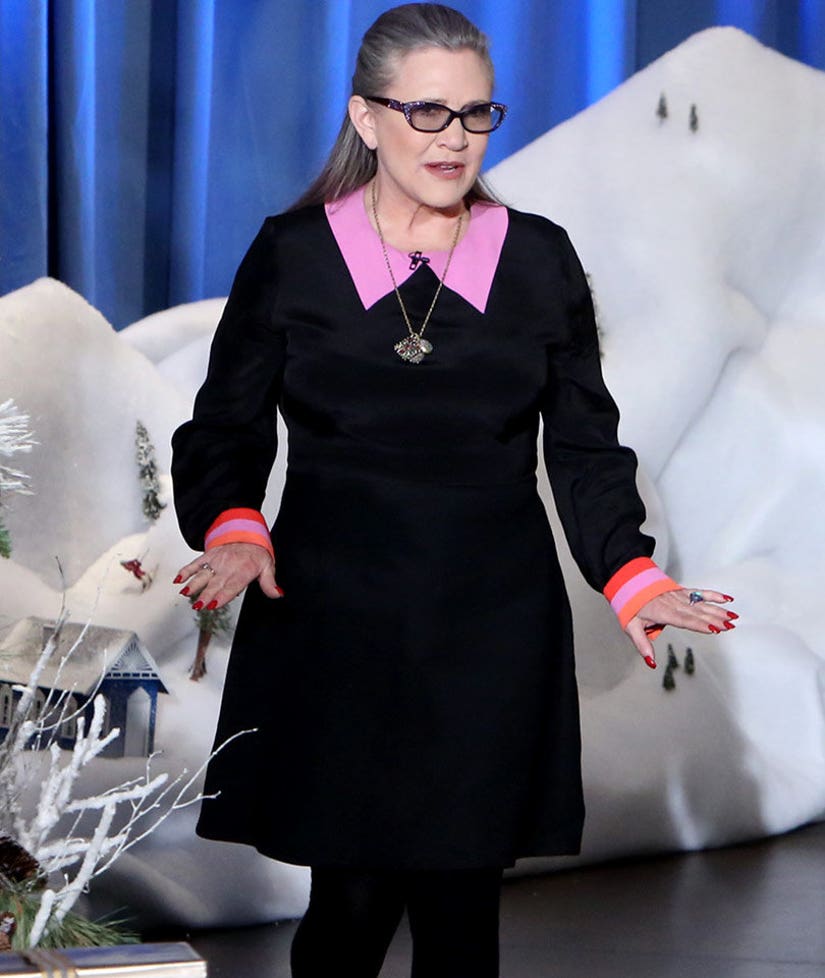 The "Star Wars" actress appears on Tuesday's "The Ellen DeGeneres Show," where she dishes about her "infatuation" with Ford.

In Fisher's new memoir, "The Princess Diarist," Carrie says she and her co-star got intimate while working together on the set of the 1977 classic.

"I was in infatuation," she tells Ellen in the sneak peek.

Though Harrison was married at the time, Carrie says they were free to do as they pleased ... as long as the movie got made.

"No one told me about location rules, or lack of rules," she continues. "But you can do whatever you want, as long as you film the movie."

Fisher likewise says that, just like the public, the cast and crew were in the dark about their romance.

"I told other stuff to distract people so they wouldn't figure it out," the 60-year-old confesses. "No one thought it was happening at the time ... I don't even know if he did!"

The "Raiders of the Lost Ark" star has yet to comment on Fisher's relationship revelation.

What do you think about Carrie's comments? Sound off below and check out the gallery above to see more leading ladies then and now!