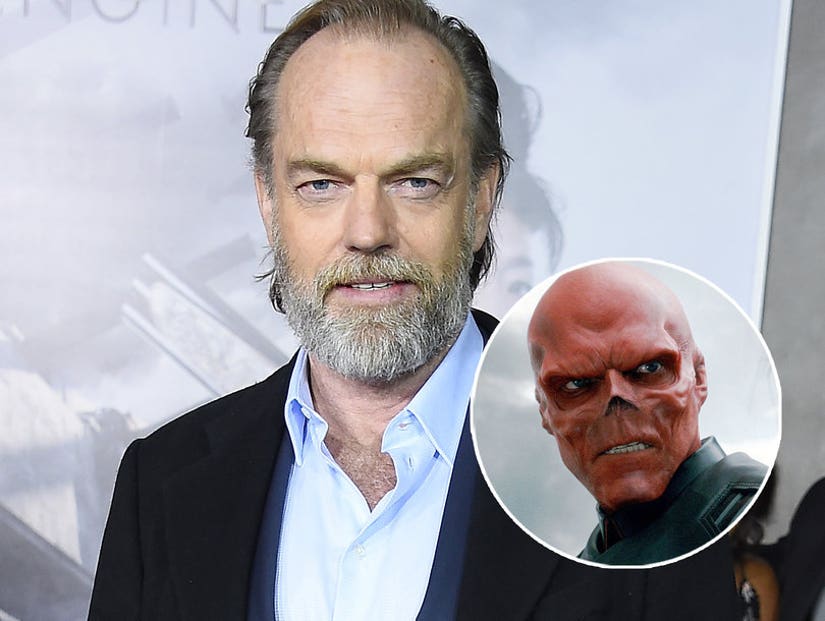 He also revealed why he won't be back for the new Matrix film.

Hugo Weaving would have come back as Red Skull — if Marvel weren't so "impossible" to deal with.

The actor has finally revealed why he did not reprise his role as the Captain America villain for "Avengers: Infinity War" and "Endgame", claiming the studio tried to short change him.

Speaking to TimeOut London, he confirmed Marvel approached him to play the character, whose surprise appearance in the superhero epic caught just about everyone off guard. 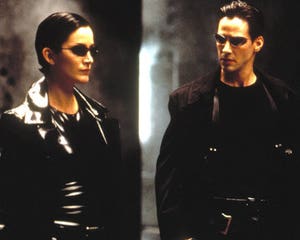 "Oh, yeah," he replied when asked if he was asked back. "I loved playing that character Red Skull – it was a lot of fun."

He explained that everybody was obliged to sign up for three pictures. "I was thinking [Red Skull] probably wouldn't come back in 'Captain America' but he may well come back as a villain in 'The Avengers'," he said.

"By then, they'd pushed back on the contracts that we agreed on and so the money they offered me for 'The Avengers' was much less than I got for the very first one, and this was for two films. And the promise when we first signed the contracts was that the money would grow each time."

"They said: 'It's just a voice job, it's not a big deal'. I actually found negotiating with them through my agent impossible," he added. "And I didn't really wanna do it that much. But I would have done it."

On one hand, Marvel had a point: Weaving was the main baddie opposite Chris Evans in 2011's "Captain America: The First Avenger" and thus had plenty of screen time. In 2018's "Avengers: Infinity War" and 2019's "Avengers: Endgame", Red Skull only appeared in a single — but very important — scene in each, as the keeper of the Soul Stone on Voromir. He is present when Thanos kills Gamora in the first film, and Black Widow kills herself in the second, in two different timelines, to obtain the stone.

On the other hand, the 23-film franchise has generated $22.5billion at the box office — just shy of a billion dollars each — so Marvel probably could have afforded to pay him.

In the end, "The Walking Dead" star — and impersonation extraordinaire — Ross Marquand seamlessly took on the recast role.

"Apparently the contracts that we write and sign aren't worth the paper that they're printed on sometimes. Promises aren't kept, and good faith negotiations aren't always held up," he told NPR afterwards. 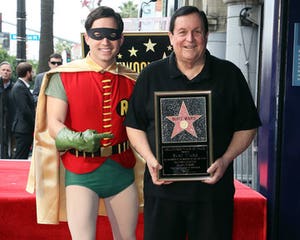 Howard was reportedly paid more than Robert Downey Jr for the first film; after the lead's salary increased significantly following its success, Howard claimed his salary was supposed to jump from $4.5million to $8million , but they only offered him $1million.

He was replaced by Don Cheadle in all the subsequent films.

Another major film series Weaving confirmed he will not be returning for is "The Matrix" — and this time he blamed the director.

Both Keanu Reeves and Carrie-Anne Moss have signed up for the reboot with one of the original directors Lana Wachowski; but although Hugo was again up for possibly reprising his role as the villainous Agent Smith, it was not to be.

"'The Matrix' is a very different story," he said. "It's unfortunate but actually I had this offer [for the stage production of 'The Visit'] and then the offer came from 'The Matrix', so I knew it was happening but I didn't have dates."

"I thought [I] could do both and it took eight weeks to work out that the dates would work – I held off on accepting ['The Visit']. I was in touch with Lana Wachowski, but in the end she decided that the dates weren't going to work."

"So we'd sorted the dates and then she sort of changed her mind. They're pushing on ahead without me."