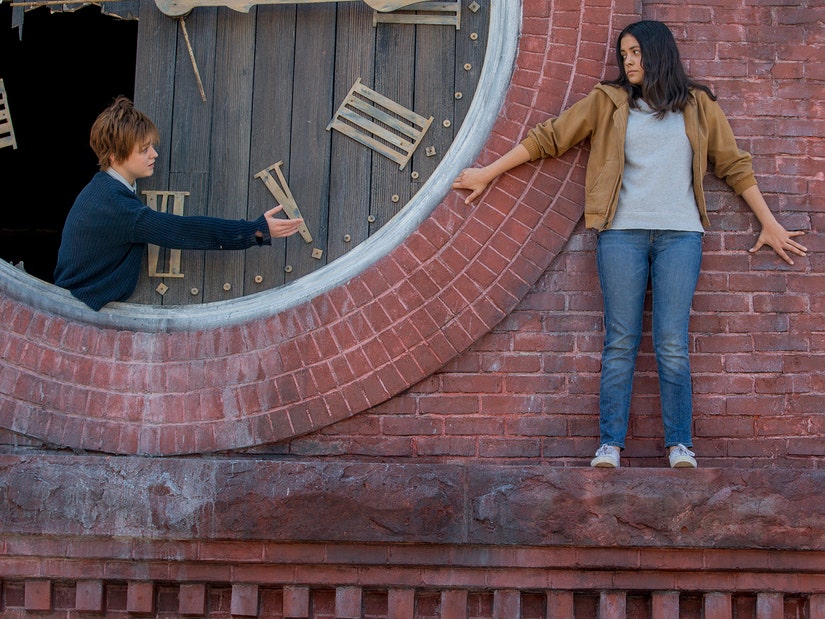 She also notes that, because of Covid, many Indigenous people "might not be able to see it in theaters" when it releases this week.

With the release of "New Mutants," star Blu Hunt is not only making her film debut as a Marvel  superhero, but one who is doubly important in terms of on-screen representation.

Hunt -- a descendent of the Lakota tribe who has also dated women in the past -- will portray Dani Moonstar, also known as Mirage, an Indigenous mutant whose same-sex love story with Maisie Williams' Wolfsbane is central to the plot.

While TooFab hasn't seen "New Mutants" -- as a digital screener was not provided and theaters have yet to reopen in Los Angeles to accomodate press screenings -- director Josh Boone promised "a beautiful love story" between Mirage and Wolfsbane. And that's, unfortunately, still a big deal.

Up until now, queer superheroes have largely remained on the sidelines. "Deadpool 2" made headlines when Negasonic Teenage Warhead found a girlfriend in Yukio, but they were barely in the film. Tessa Thompson's Valkyrie is queer, but a scene referencing her bisexuality was cut from "Thor: Ragnarok." In the most disappointing PR blitz, "Avengers: Endgame" touted a gay character before the movie opened -- one who wound up not being a superhero, but a gay man played by co-director Joe Russo who appeared in just one scene. Representation has been slim on the DC side as well, with the exception of Rosie Perez's Renee Montoya in "Birds of Prey."

Between "New Mutants," the upcoming "Eternals" and the fact Valkyrie will be looking for her "queen" in the next "Thor" film, Marvel is, however, headed in the right direction.

Speaking with TooFab, Hunt said she didn't feel the pressure to bring that aspect of Dani to the big screen.

"That aspect, it didn't feel, I didn't feel the pressure of that as much because it just felt so natural and so organic for me," she explained. "I have dated girls and it just felt cool. I just got to explore that part of myself in this movie. I never felt like I was taking a role that didn't belong to me."

Speaking with Boone, he took a shot at "Star Wars: The Rise of Skywalker," calling it "the most embarrassing" example of queer representation. "It was just somebody in the background and [the filmmakers] were like, 'We'll put out articles as if this is something you should pay attention to,'" he said, referring to the blink and you'll miss it celebratory kiss between one very minor character and their same-sex partner.

"I'm a big Joss Whedon fan, I'm a big 'Buffy the Vampire Slayer' fan. They did this in the '90s already, but they did it on television," he said. "We didn't put this in to be confrontational or really even in a calculated way, it just happened naturally. We wrote it because the characters in the comic have like an intimate telepathic connection and it just sort of felt like the right thing to do, and it was more of a gentle thing and a coming of age thing than it was a sexual thing."

"When I was a teenager, I would go to the movies and they'd make me feel better. They were like therapy in a lot of ways," he added. "So I hope this would reach some people and for young women out there who are gay and don't see representation in a big movie, it's like, you guys can dress up at Halloween and hold hands and be them and that's awesome."

"When I was a kid, I was raised by a very Christian family and I was really taught that being gay was a sin and that hell awaited and all that stuff. So, movies were really my view into another world," he added. "That was like, 'Oh, this isn't actually what the world is like.' I'm like Neo in the Matrix and I live in a world that's not real. I've always tried to, not atone for that, but to try to make mention in all these movies of things that I felt were sort of denied to me when I was young or told was wrong when I was young." 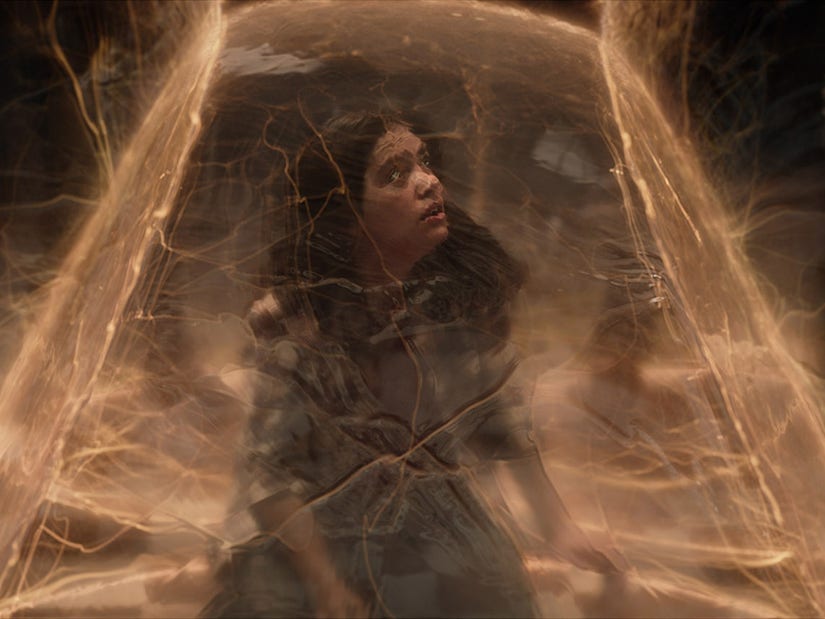 For Hunt, she felt more pressure when it came to representing the Indigenous community in the film, as she said she "thought really, really, really long and hard about what it would mean to take the role" -- and whether she even should.

"I was like obsessed with what everybody would think, and if I would be able to do the role justice, and if other Indigenous people would not see me in the role because I grew up in the suburbs," she explained. "I didn’t grow up around it, only from my grandmother, she would speak to me in Lakota and we were very close and she'd talk to me about it a lot, but I was pretty estranged from it for like a lot of my teenage years."

After taking on the role, she saw it as a way to "reconnect completely" to that part of her heritage and has since made multiple visits to Pine Ridge Reservation in South Dakota. "I feel so much closer to myself than I ever have before in my entire life now that I feel closer to my roots," she added.

Meeting with younger Lakota girls at the reservation made her realize "how special and cool this role is," as most of them were excited to hear about and see the movie. She also hopes the movie "opens doors for more Native actresses and actors to be able to play bigger roles in movies" and "inspires other young Native people to pursue acting because it is possible." 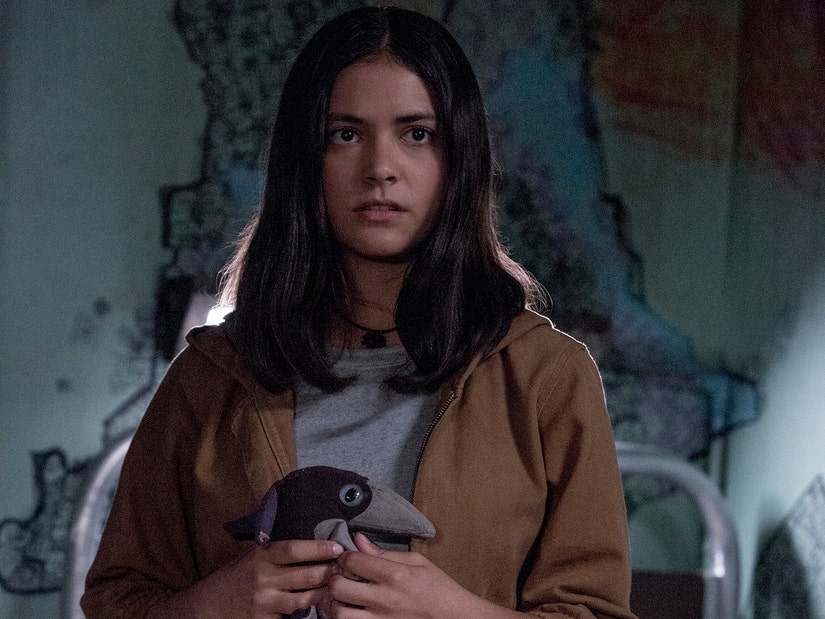 Unfortunately, many Indigenous people will have to wait even longer to see the film, as COVID-19 has had a disproportionate impact on the community. In a study released by the CDC just last week, the organization said Native Americans and Alaska Natives are "one of the racial and ethnic minority groups at highest risk from the disease" -- and, in 23 states, confirmed cases are "3.5 times that of non-Hispanic whites."

"COVID has really hit reservations like the hardest," said Hunt. "I know people in South Dakota that are getting sick and it's been really scary and it makes me really sad because I think I was most excited for my community and for Indigenous people to see this movie in theaters."

"I mean, what a crazy thing to finally see a lead Indigenous superhero, and the fact that they might not be able to see it in theaters is really sad," she added. "But I think safety is the most important thing right now and I just want everyone to be really, really, really, really really safe and respectful of everybody's distance."