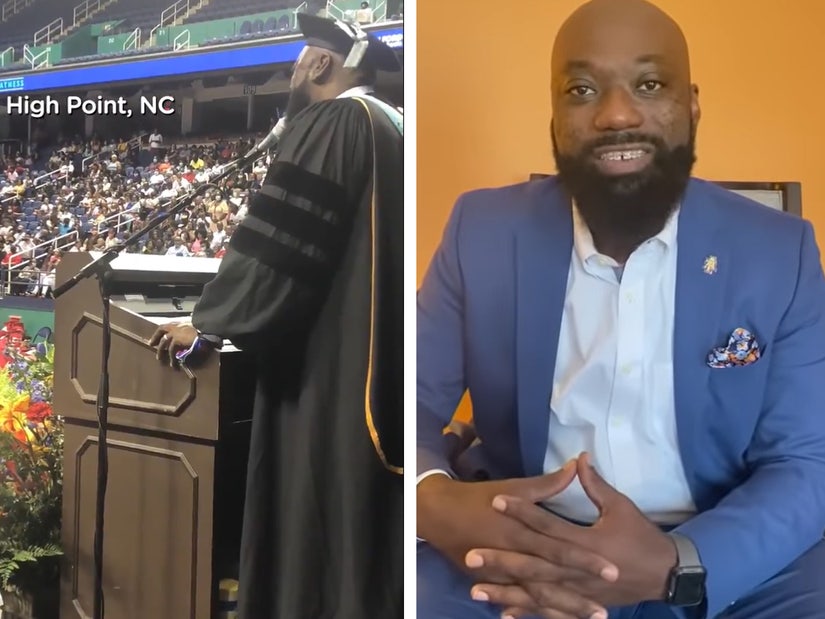 Marcus Gause made the song his own -- and wowed the audience in the process.

A high school principal from High Point, North Carolina had the graduating class of 2021 and their families erupting in cheers as he gave them one hell of a performance this past Sunday.

As Marcus Gause took to the podium during T. Wingate Andrews High School's graduation ceremony over the weekend, he stunned everyone by breaking into an a cappella rendition of "I Will Always Love You," written and originally performed by Dolly Parton before being made famous by Whitney Houston on "The Bodyguard" soundtrack.

A clip of the performance went viral this week, before Gause was interviewed by ABC News on Wednesday night.

Principal Marcus Gause surprises the graduating class of T. Wingate Andrews High School in High Point, North Carolina with this moving performance of "I Will Always Love You." pic.twitter.com/jwO2ur0F8s

The lyrics -- including, "I hope life treats you kind / and I hope you have all you dreamed of / And I'm wishing you joy and happiness / But above all this, I wish you love" -- were perfect for the crowd, about to take their next steps into adulthood after high school. He even tweaked a line to include a shoutout to their mascot, the Red Raiders.

"Of course, there was a nervousness because nobody sings behind Whitney Houston and the greats like Dolly Parton, but the lyrics were really what I was trying to portray to my students," the principal told ABC News. "One of the things that the pandemic has really taught us is that we need more love, that students know that we love and care for them."

Mission accomplished, as a graduating senior also told the program that the performance was something he'll "never forget."