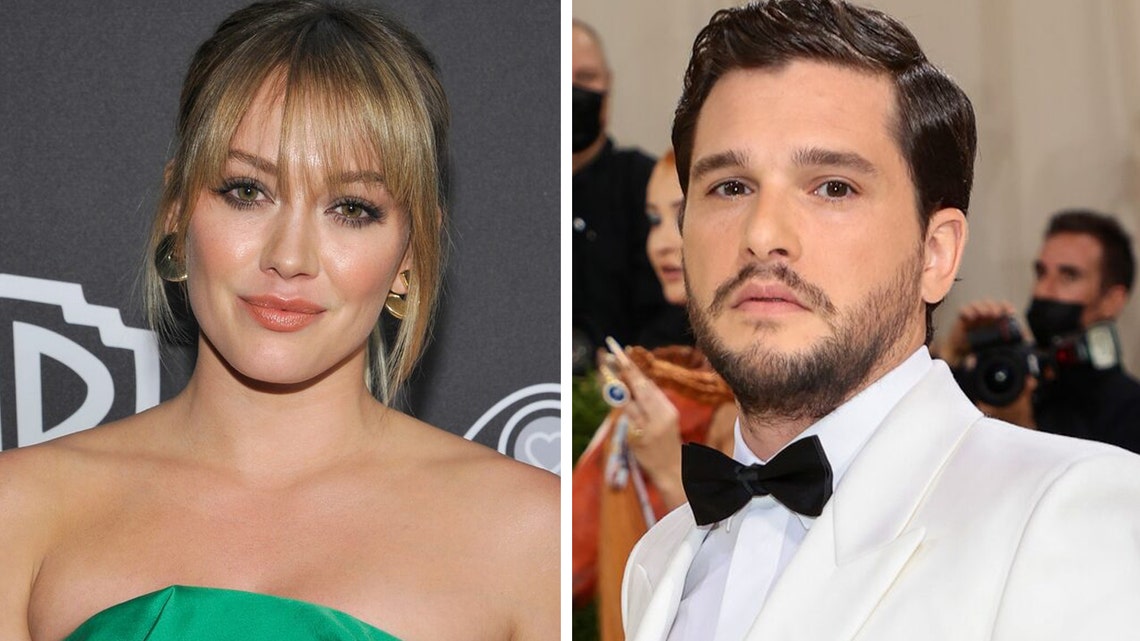 Getty
Meghan Markle may have married into the British Monarchy but it turns out that she’s not the only celeb in Hollywood to have connections to royalty. In fact, a surprising amount of stars can trace their lineage back to kings, queens, and nobles from around the world. Thanks to DNA testing and access to some of the world’s best genealogists, these stars now know that they’re more than just Hollywood royalty — they also descended from real life royalty!
1 / 11
Bill Hader
During an appearance on "Finding Your Roots,” Bill Hader discovered that he is related to King Edward I and is even the 40th great-grandson of Charlemagne, King of the Franks. "I mean, the conqueror of Europe? My gosh, I couldn't even get the coffeemaker to work this morning," Bill joked when he learned of the discovery on the show. 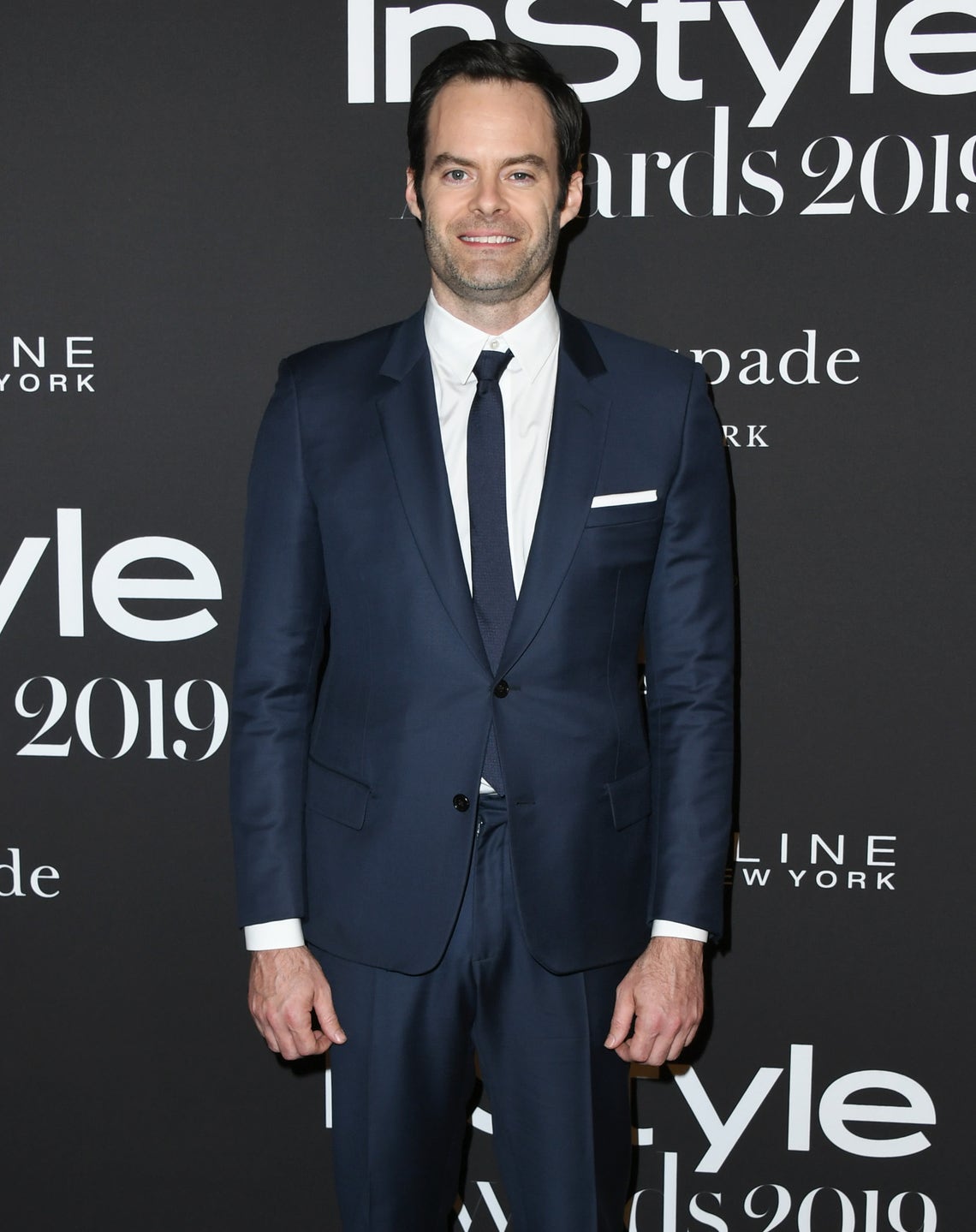 Getty
2 / 11
Paris Hilton
Paris Hilton is a distant relative of King Henry II on her father’s side of the family. She says the discovery was made when her mother did a DNA test for the family and was told that she is a 20th cousin of Queen Elizabeth II. “Psychics have said I'm related to Marilyn Monroe and things like that. My mom just did one of those 23andMe DNA kits and I am related to Marilyn Monroe and Queen Elizabeth,” Paris told Cosmopolitan UK. 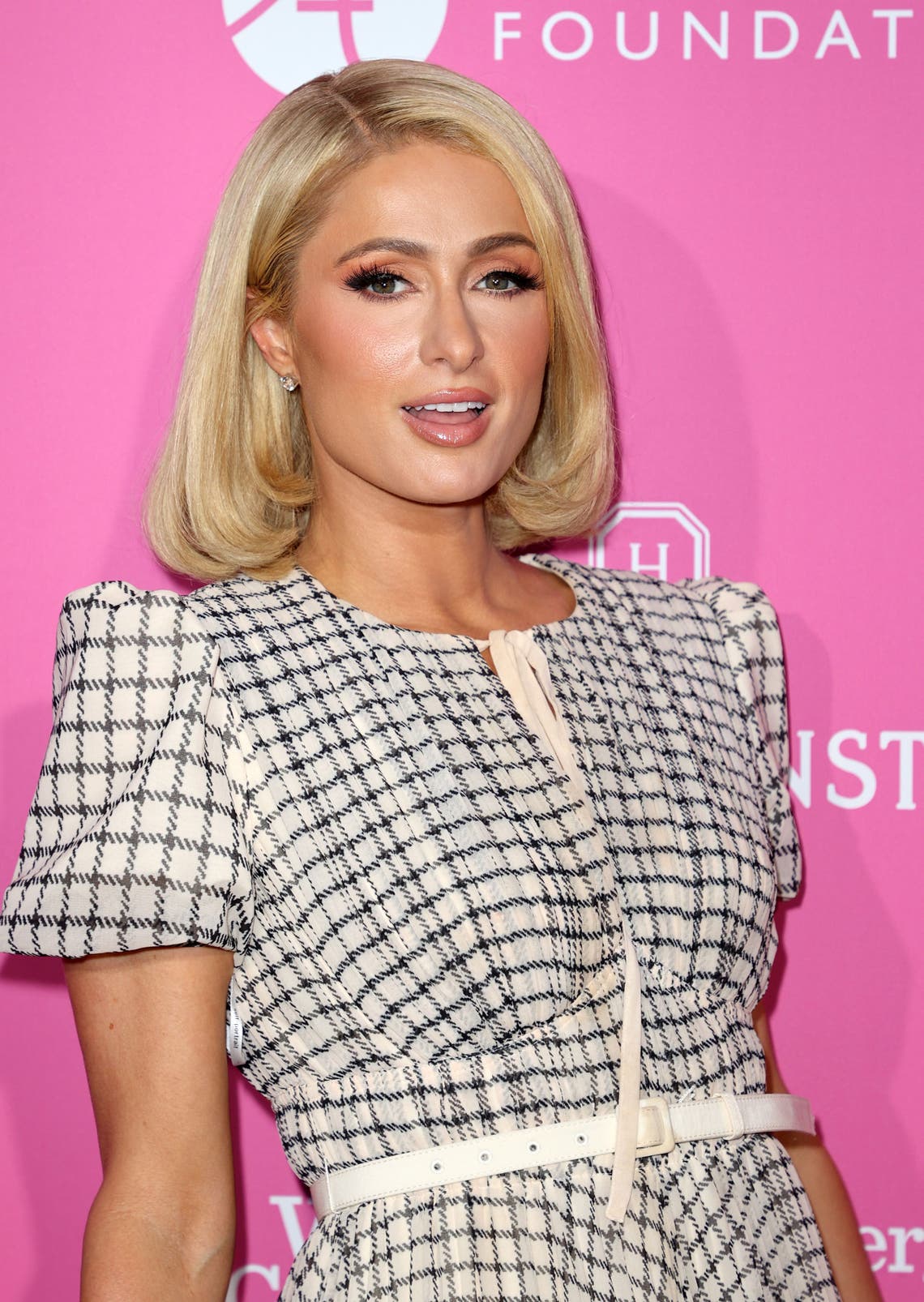 Getty
3 / 11
Kit Harrington
Kit Harington is a descendant of King Charles II through his grandmother Lavender Cecilia Denny. She was married to Richard Harington, the 12th Baronet Harington, a title that has existed since the 1400s. Despite his royal connection, Kit says he didn’t have an extremely privileged upbringing. “My parents didn’t have a lot of money when I was growing up. We were comfortable, but I didn’t go to Oxbridge, and yet every American interviewer I get says to me, ‘You’re related to Charles II! Your grandfather was a baronet!’ And it’s infuriating, because that is a part of my history, but you’re trying to turn me into a posh boy and I’m not. I’m adamant that I’m not. My mum’s always telling me, ‘Tell those journalists that you went to state school,’” Kit told the London Evening Standard newspaper. 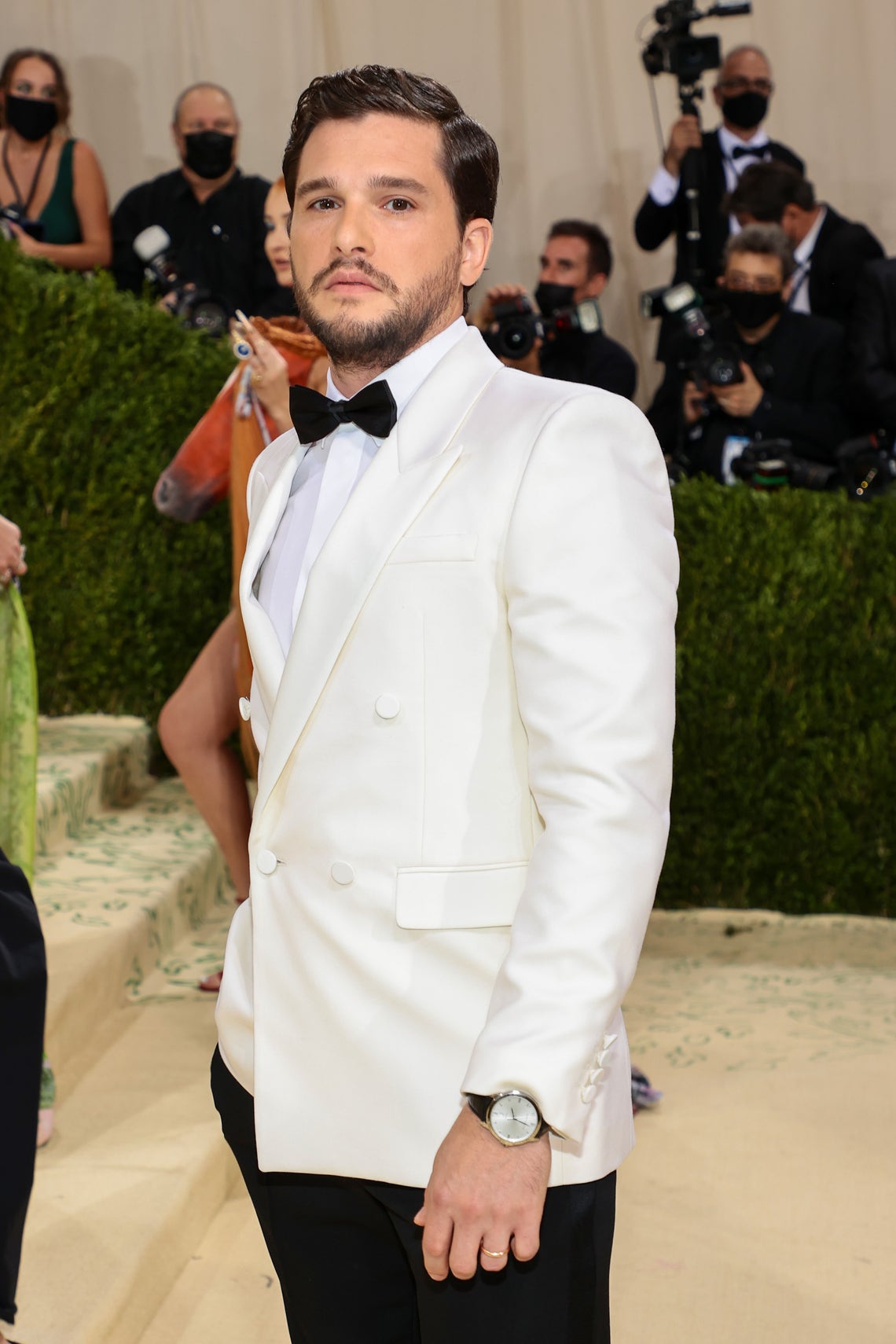 Getty
4 / 11
Rose Leslie
Rose Leslie has royal connections, much like her husband Kit Harington. Rose’s mother is a descendant of King Charles II while her father is a chieftain of the Aberdeernshire clan. She grew up in Aberdeenshire, Scotland at the Lickleyhead Castle, which was reportedly built by her family in the 1500s. 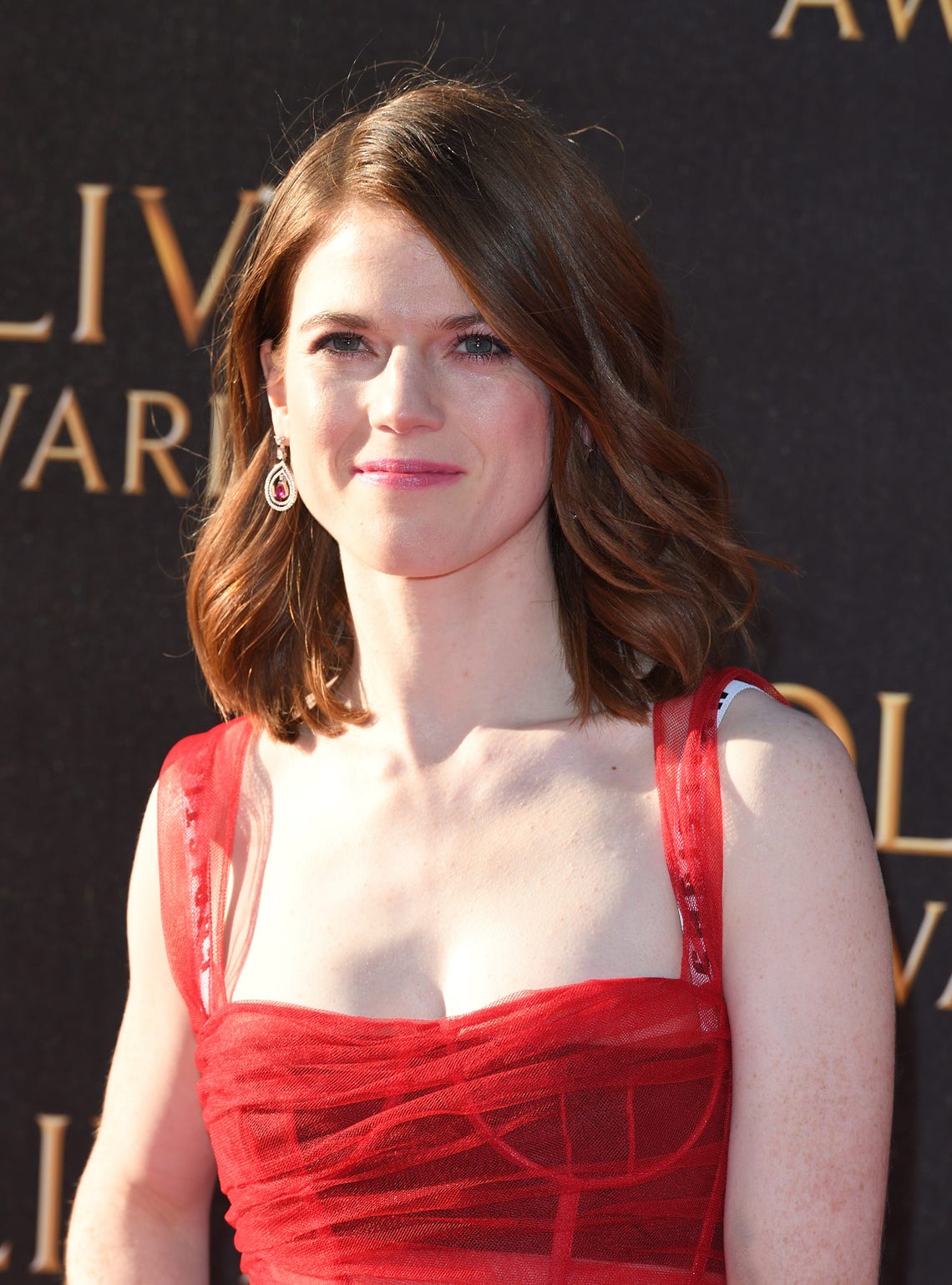 Getty
5 / 11
Madonna happens to be the ninth cousin, once removed, of Camilla Parker Bowles, Duchess of Cornwall. According to Ancestry.co.uk, the duo share a common ancestor in 17th century French carpenter Zacharie Cloutier. Their surprising family tree additionally connects them with Celine Dion, who is also related to the carpenter. 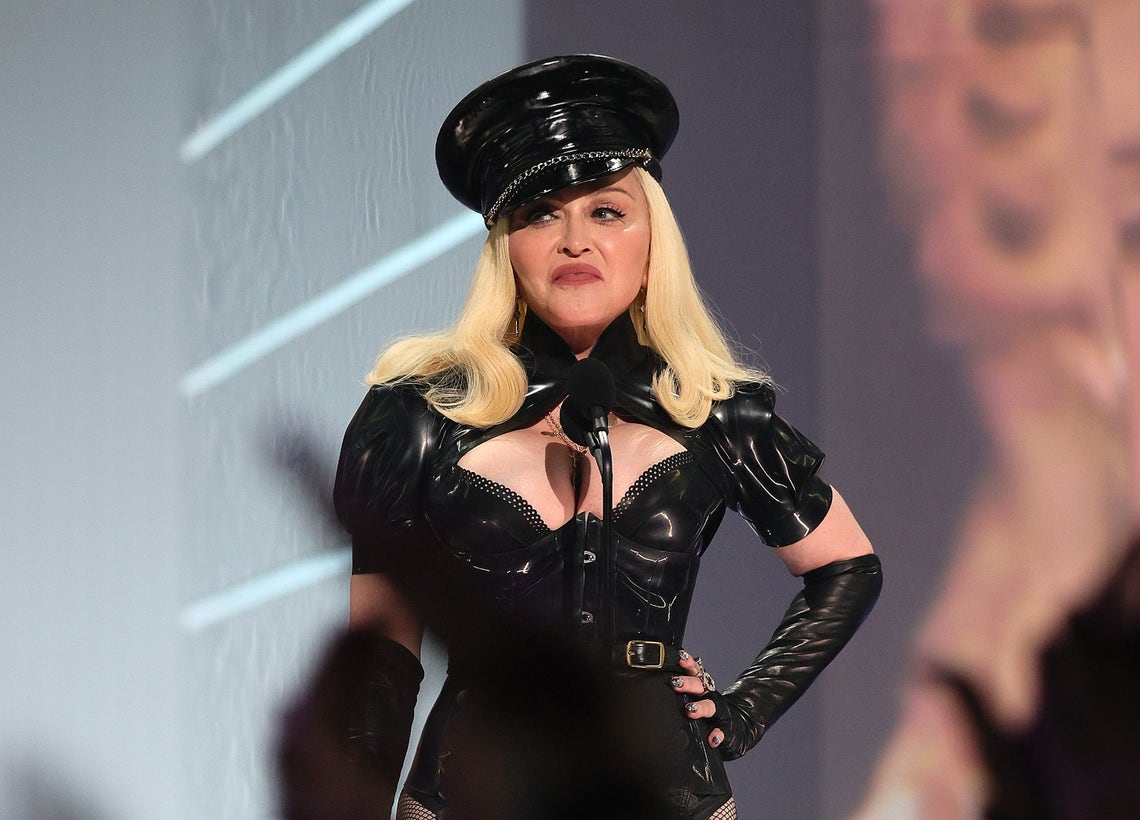 Getty
6 / 11
Thandiwe Newton
Thandiwe Newton recently revealed she comes from a lineage of Zimbabwean royalty. Her mother is the granddaughter of a Shona chief, making her a princess — and in turn, also making Thandiwe a princess according to Shona custom. 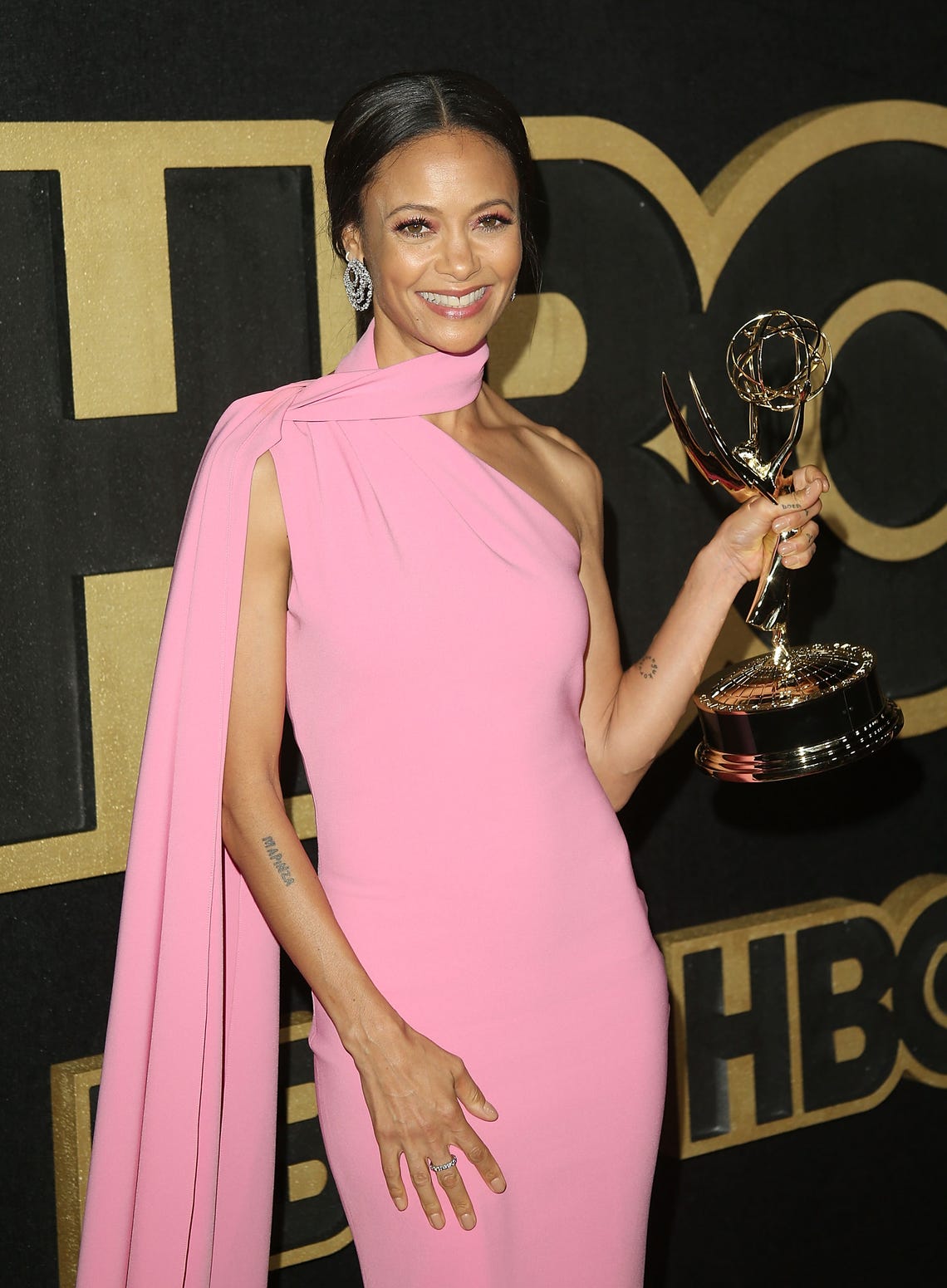 Getty
7 / 11
Brooke Shields
While appearing on “​​Who Do You Think You Are,” Brooke Shields learned about her direct connection to King Henry IV and that she was a distant cousin of Louis XIV. According to FindMyPast.com, her royal lineage also makes her Queen Elizabeth II's 18th cousin once removed through their common ancestor John of Gaunt, the son of England’s Edward III. 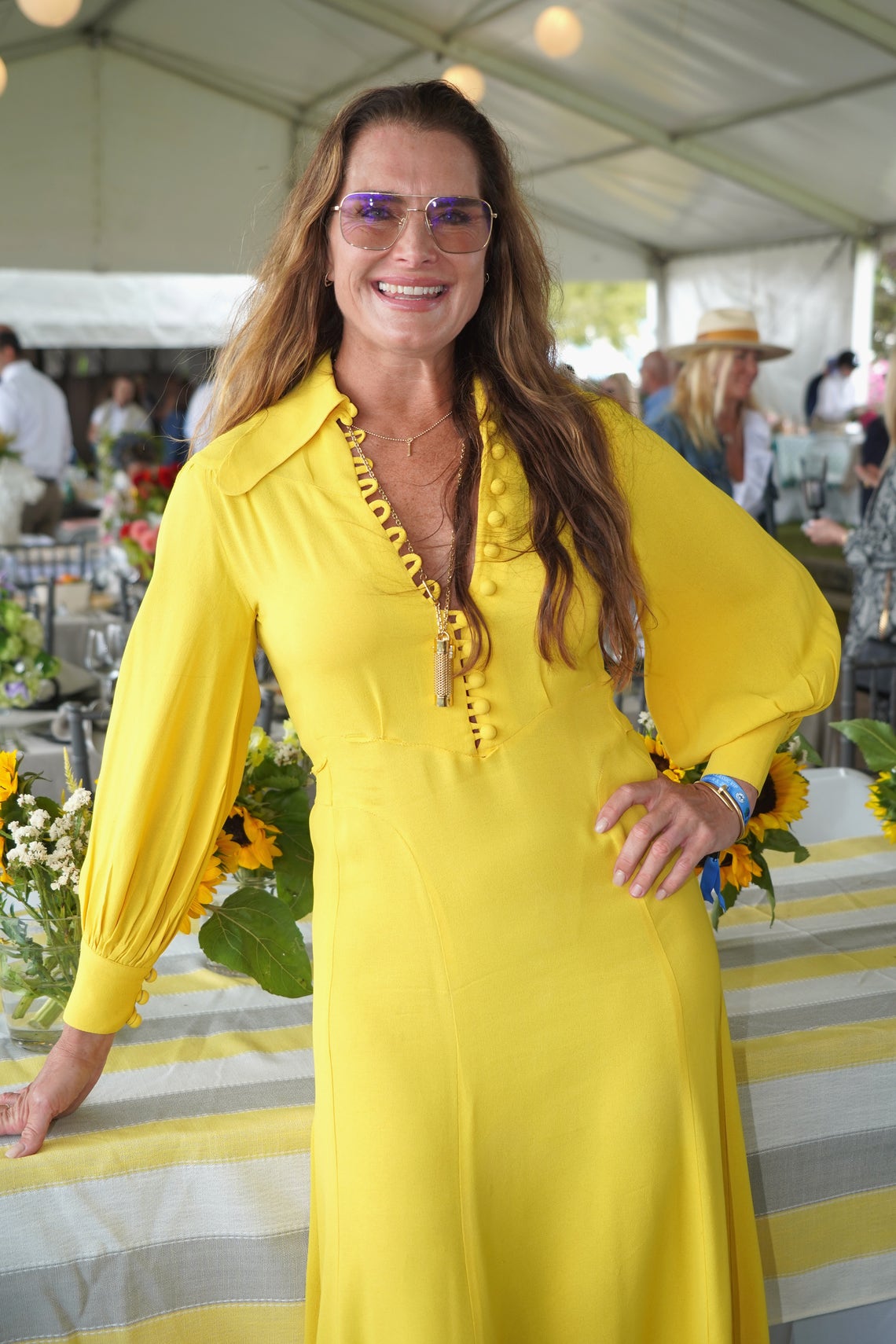 Getty
8 / 11
Tilda Swinton
Tilda Swinton is a direct descendant of the Scottish king Robert the Bruce, thanks to a discovery made by researchers at the ScotlandsPeople Centre. The family history research centre in Edinburgh traced Tilda’s bloodline back for generations and found that she descended from the ruler’s grandson, Robert II. 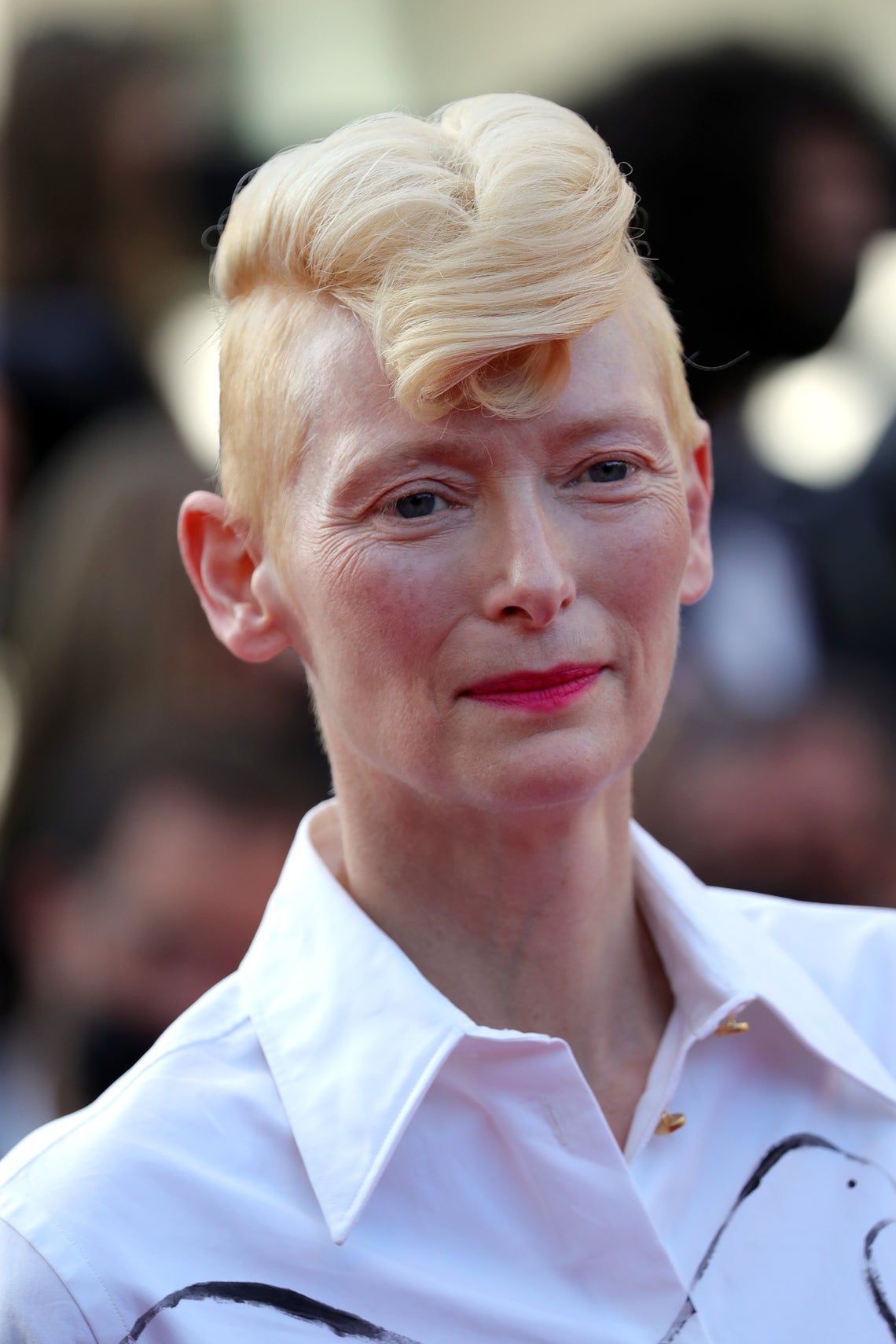 Getty
9 / 11
Benedict Cumberbatch
Benedict Cumberbatch is a second cousin, 16 times removed, of King Richard III, according to a genealogist at the University of Leicester. The relationship comes through Richard’s mother Cecily Neville’s grandmother Joan Beaufort. Benedict even got the opportunity to portray his ancestor in “The Hollow Crown” and was also chosen to read a poem at the royal’s reburial ceremony in 2015. 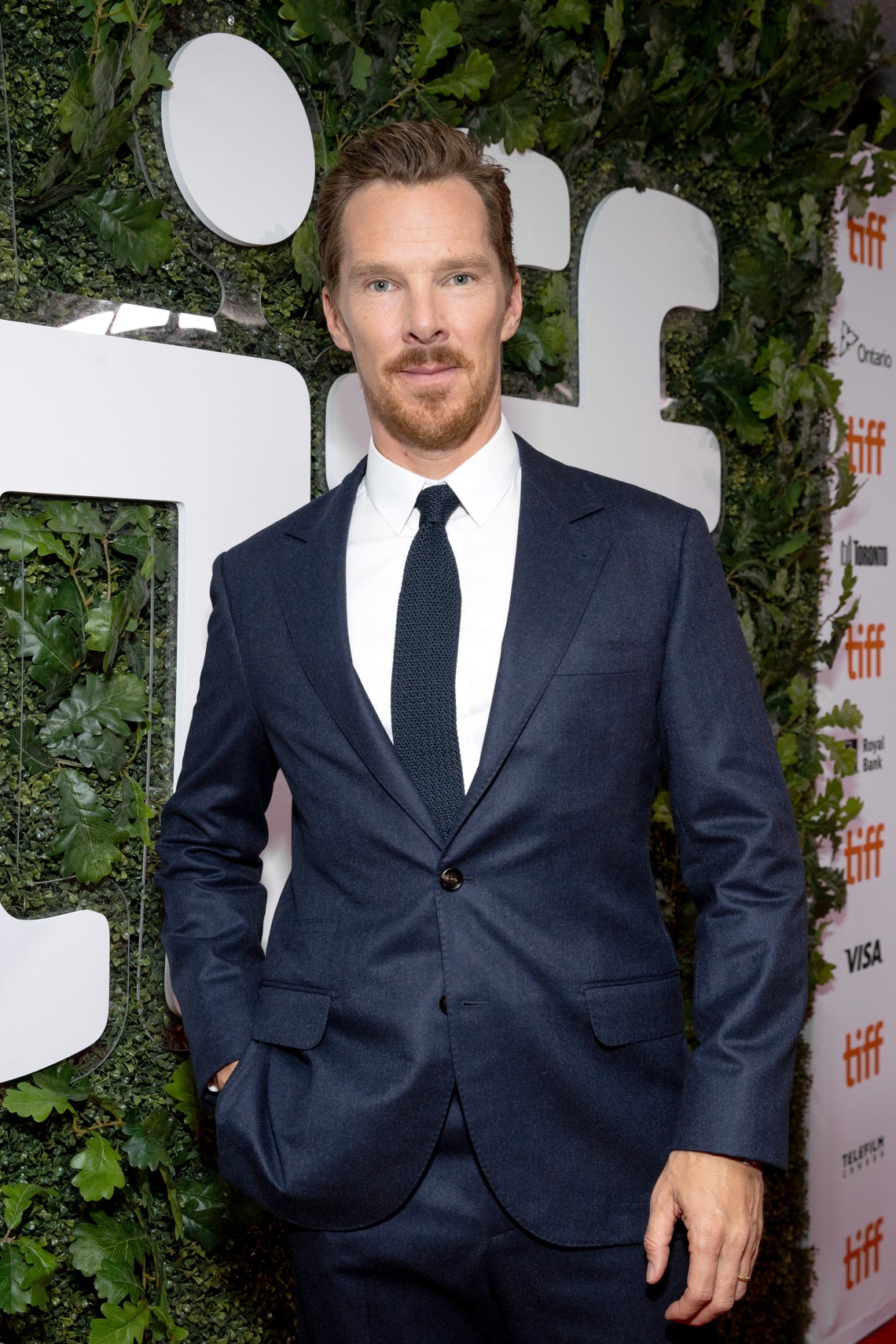 Getty
10 / 11
Dakota and Elle Fanning
Sisters Dakota and Elle Fanning are said to be the 22nd great-granddaughters of King Edward III through their mother’s side of the family, according to Ancestry.com. That isn’t their only royal connection though! The pair are also distant relatives of the Duchess of Cambridge, Kate Middleton. The group reportedly all share a connection to King Edward III. 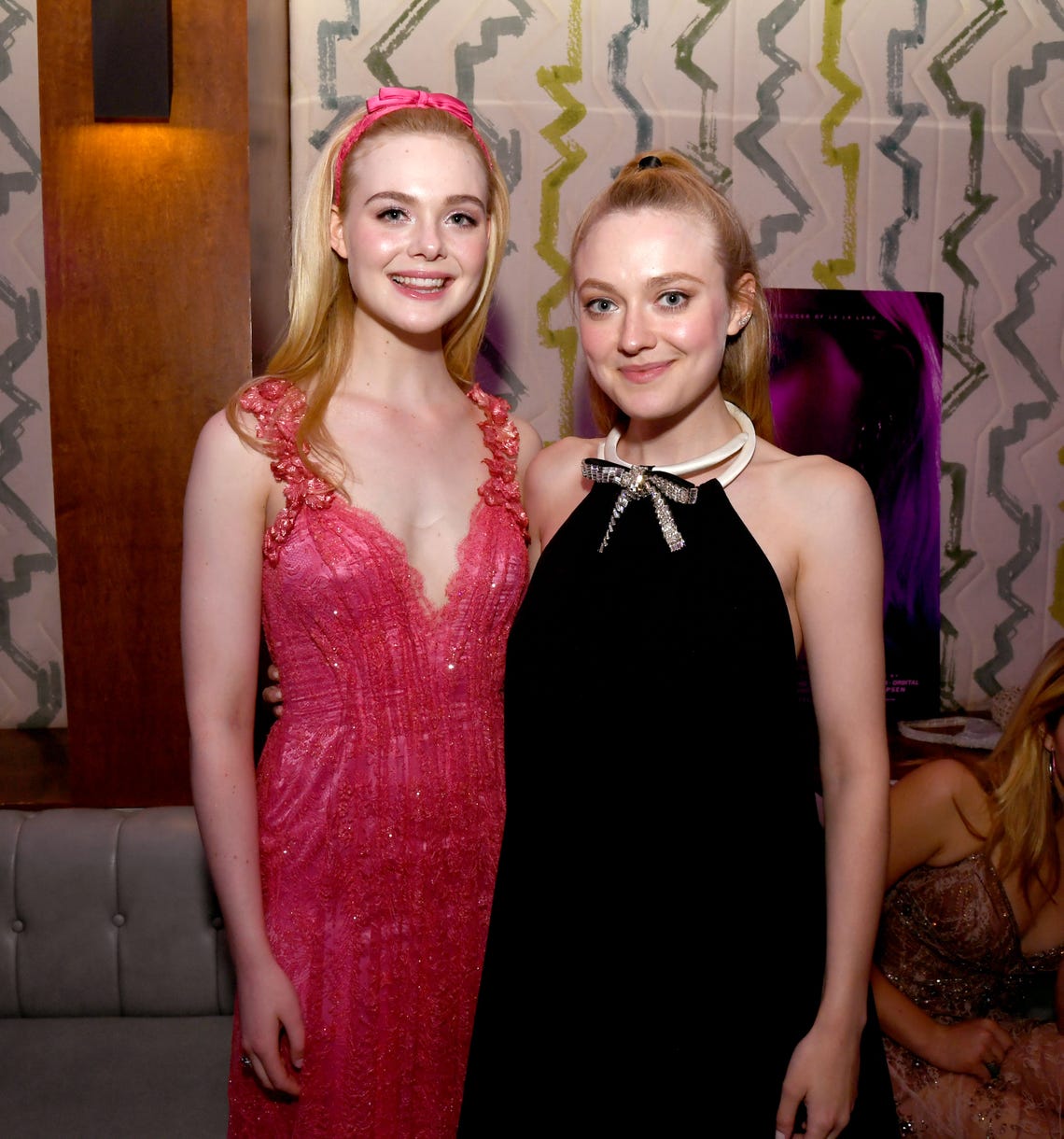 Getty
11 / 11
Hilary Duff
According to a genealogy study conducted by FindMyPast.com, Hilary Duff is a distant cousin of Queen Elizabeth II. The pair are said to be 18th cousins, connected though the 10th great-grandson of King Edward III, Alexander Spotswood. Hilary is reportedly also a descendant of Catherine Car, a woman believed by some historians to be the illegitimate daughter of Henry VIII. She is often considered the celebrity with the closest ties to the British crown. 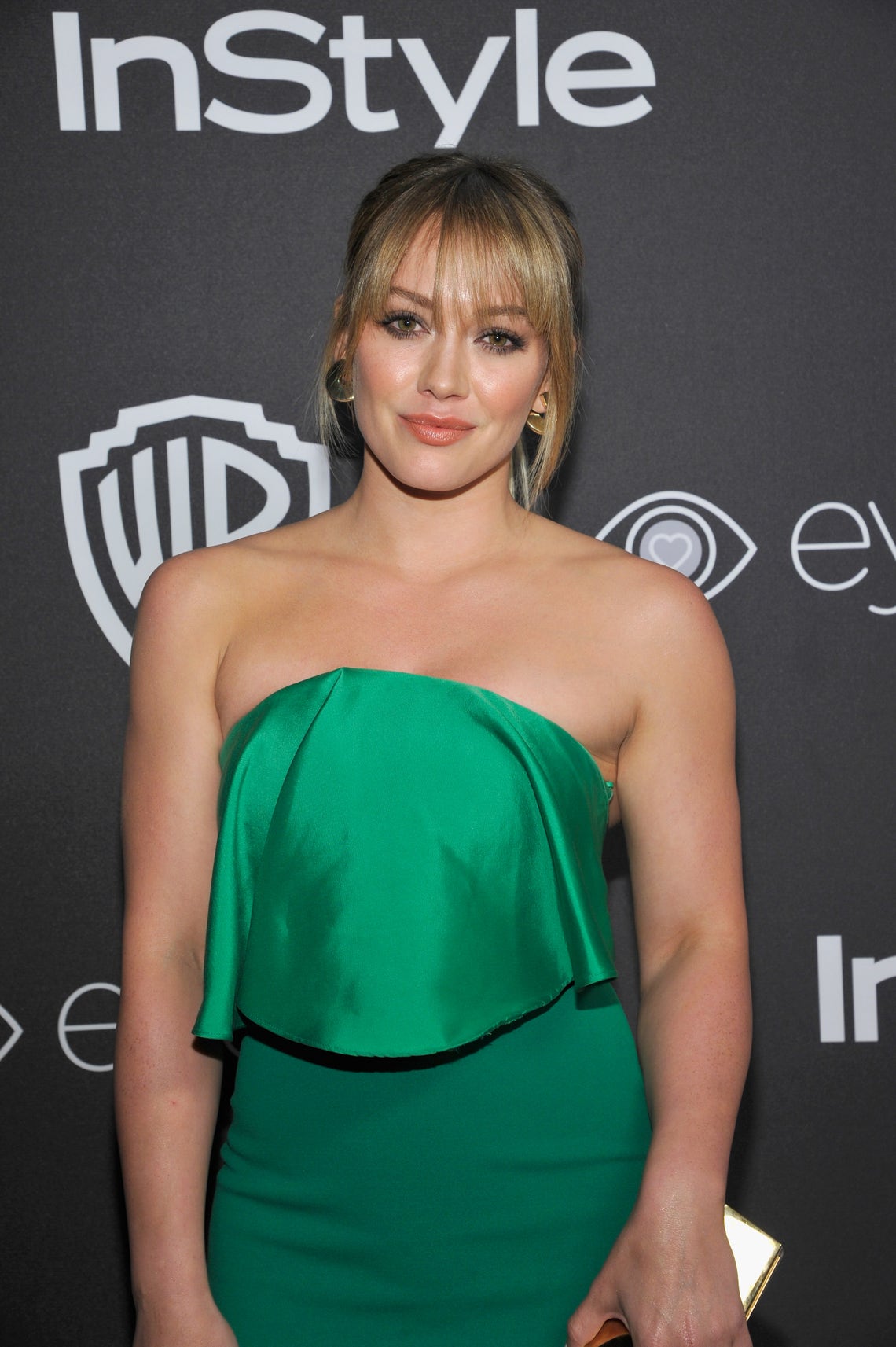