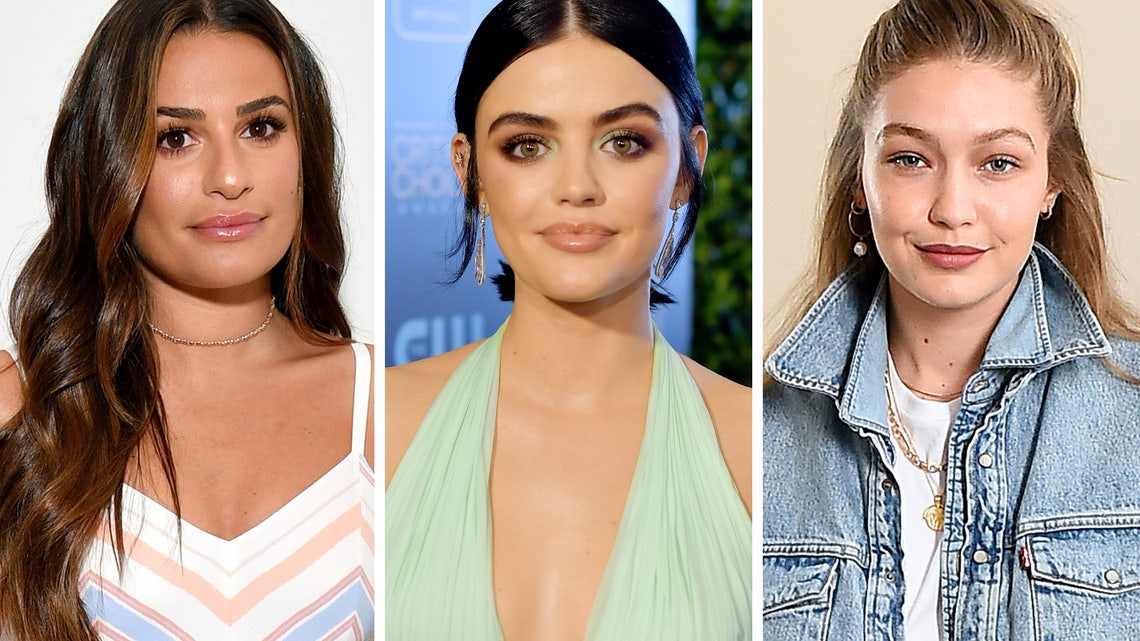 Getty
Celebrities may have some of the most stunning homes in the world but sometimes they come with a little more than they bargained for — in the form of something supernatural. In fact, quite a few stars claim to have had a spooky encounter after unknowingly moving into a space with more than a little haunted history. Scroll on to hear about celebrities' haunted houses ...
1 / 11
Jenna Bush Hager
Jenna Bush Hager once revealed that when she lived in the White House, she experienced some unexplainable events. In one eerie instance, the former First Daughter and her sister Barbara heard spooky music coming from a fireplace in the middle of the night. “It was in college when people would call late so the phone rang and I woke up and all of sudden we heard 1920s piano music...It was the middle of the night and you could feel the music coming out of the fireplace. We tried to talk ourselves out of it. We jumped into each other’s beds, terrified. It was definitely terrifying,” Jenna said on “The Kelly Clarkson Show.” 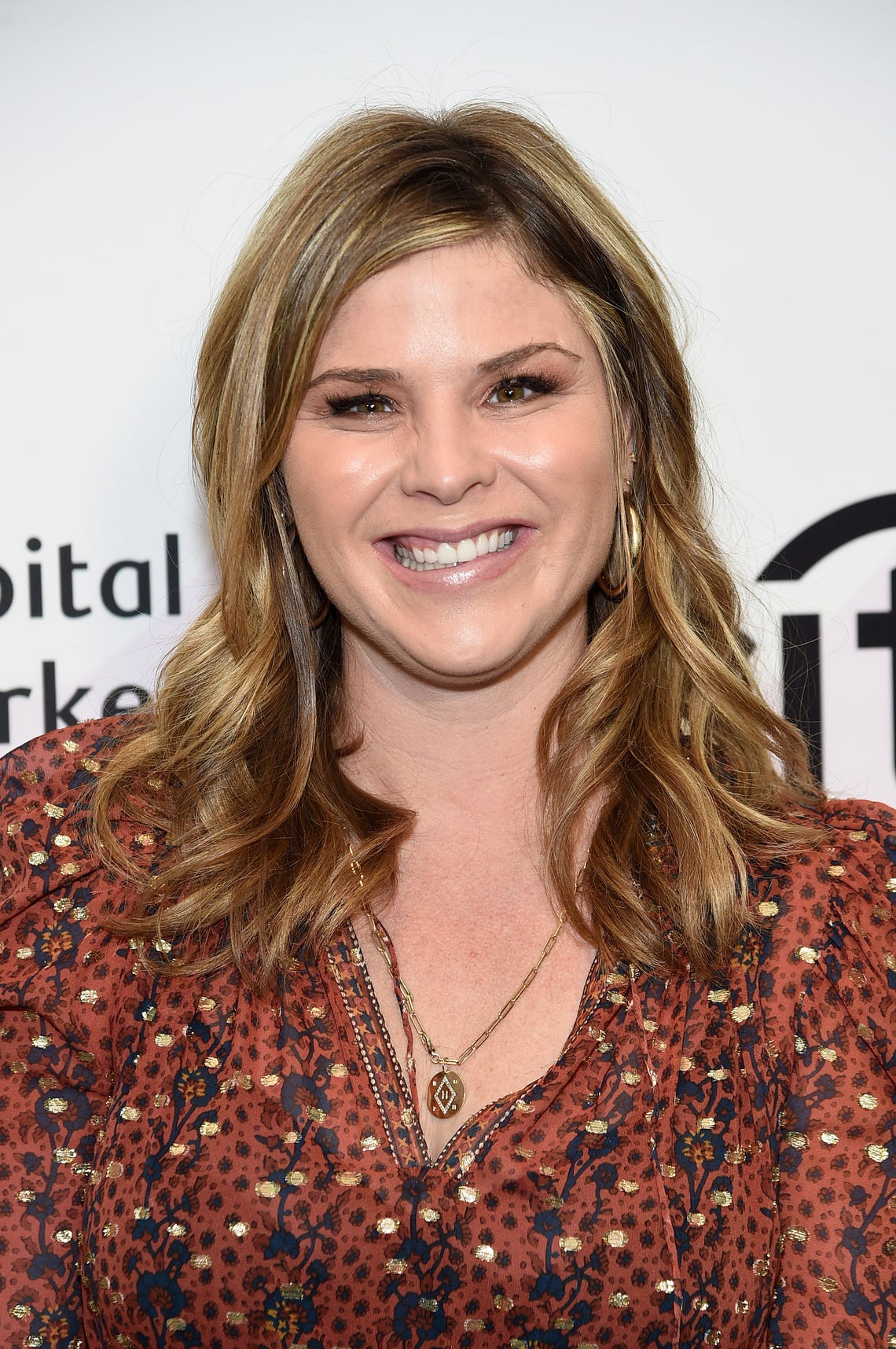 Getty
2 / 11
Lea Michele
When Lea Michele was living in New York, she says she believes the home she was staying in was haunted. On one particular instance, she heard a loud thud from the upper level of the apartment but when she went to investigate, nothing was there. When she finally convinced herself that it wasn’t a big deal, suddenly the window opened on its own. "I'm like, ‘Okay, that was really spooky. It was, like, a windstorm, so I'm like, ‘The window must have just blow open.' I go upstairs, nothing. It's silent. Nothing is out of place. I'm alone and I'm looking at this window and I'm like, ‘It's all in my head. And just as I say that, the window goes, ‘WHOOSH!'" Lea explained on “A Little Late With Lilly.” 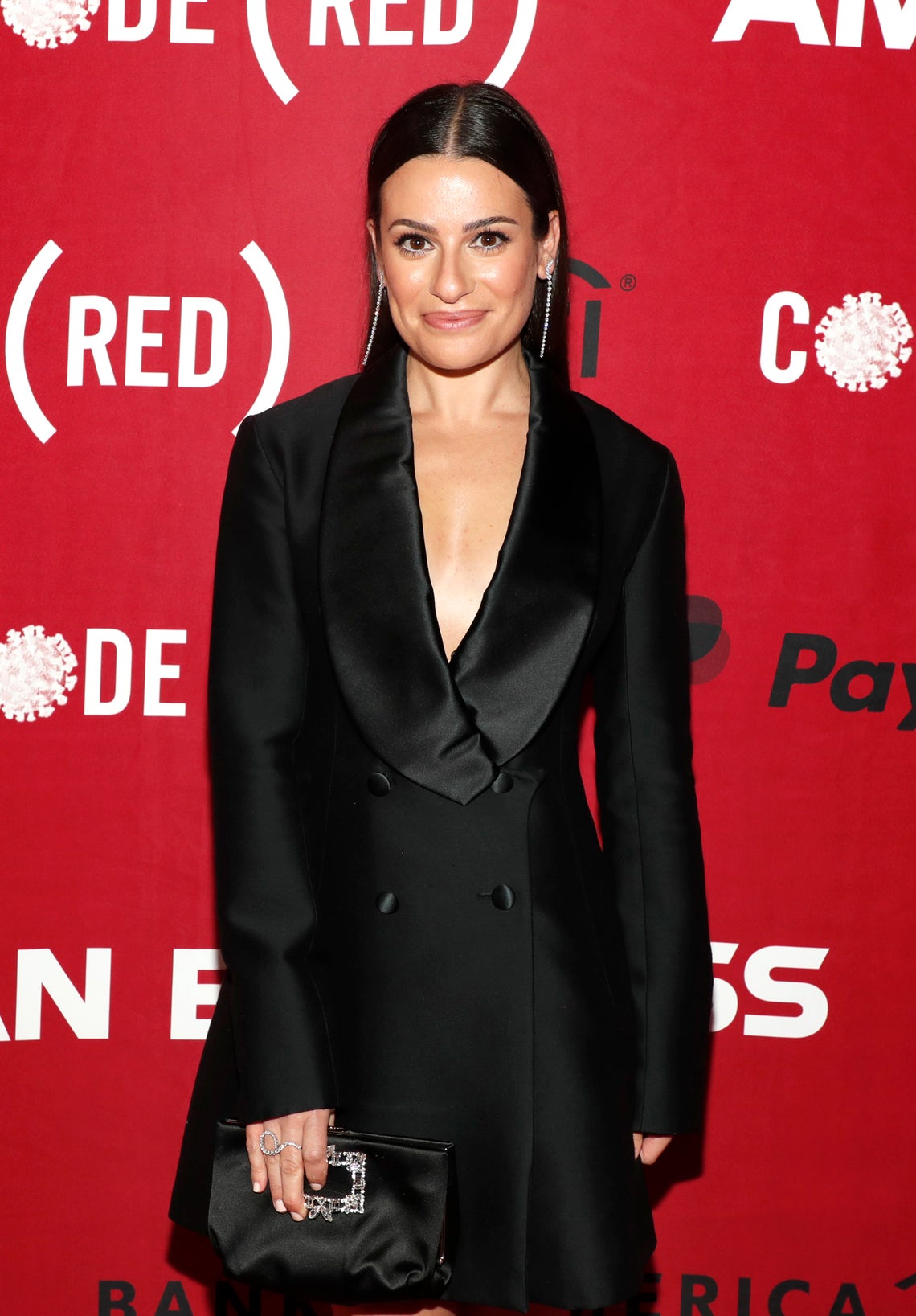 Getty
3 / 11
Jessica Alba
When Jessica Alba was a teenager, she says she had a terrifying paranormal experience at her parents' home. She was so spooked that they ended up getting the house blessed and burned sage around the property. "I had no idea what it was. I felt this pressure and I couldn't get up, I couldn't scream, I couldn't talk, I couldn't do anything. Something definitely took the covers off me and I definitely couldn't get off the bed, and then, once I did, I screamed, ran to my parents' room and I don't think I spent many nights in that house ever again...There was definitely something in my parents' old house — I don't know what it was. I can't really explain it,” Jessica told the Sydney Morning Herald. 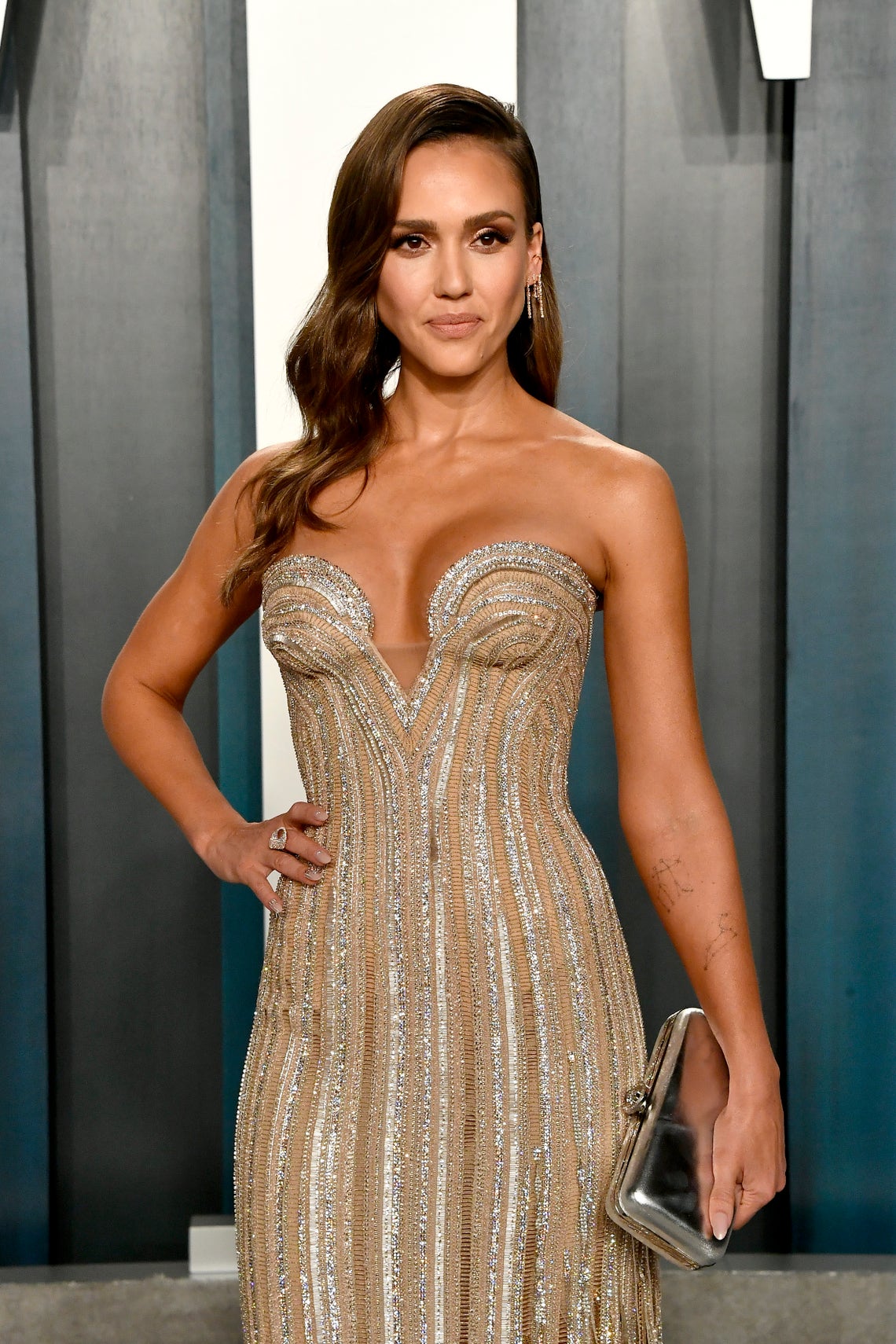 Getty
4 / 11
Lucy Hale
Lucy Hale believes that the apartment that she lived in while filming “Pretty Little Liars” was completely haunted. On multiple occasions she says there were unexplainable occurrences like when her coffee machine would turn on in the middle of the night. "Doors close, not slam, but they close. And I have a motion sensor that lights up in my apartment and I swear it lights up sometimes when there's nothing under it. And my dog barks a lot. I don’t feel threatened, that threatened, but it definitely freaks me out,” Lucy told Hollywood Teen Zine at the time. 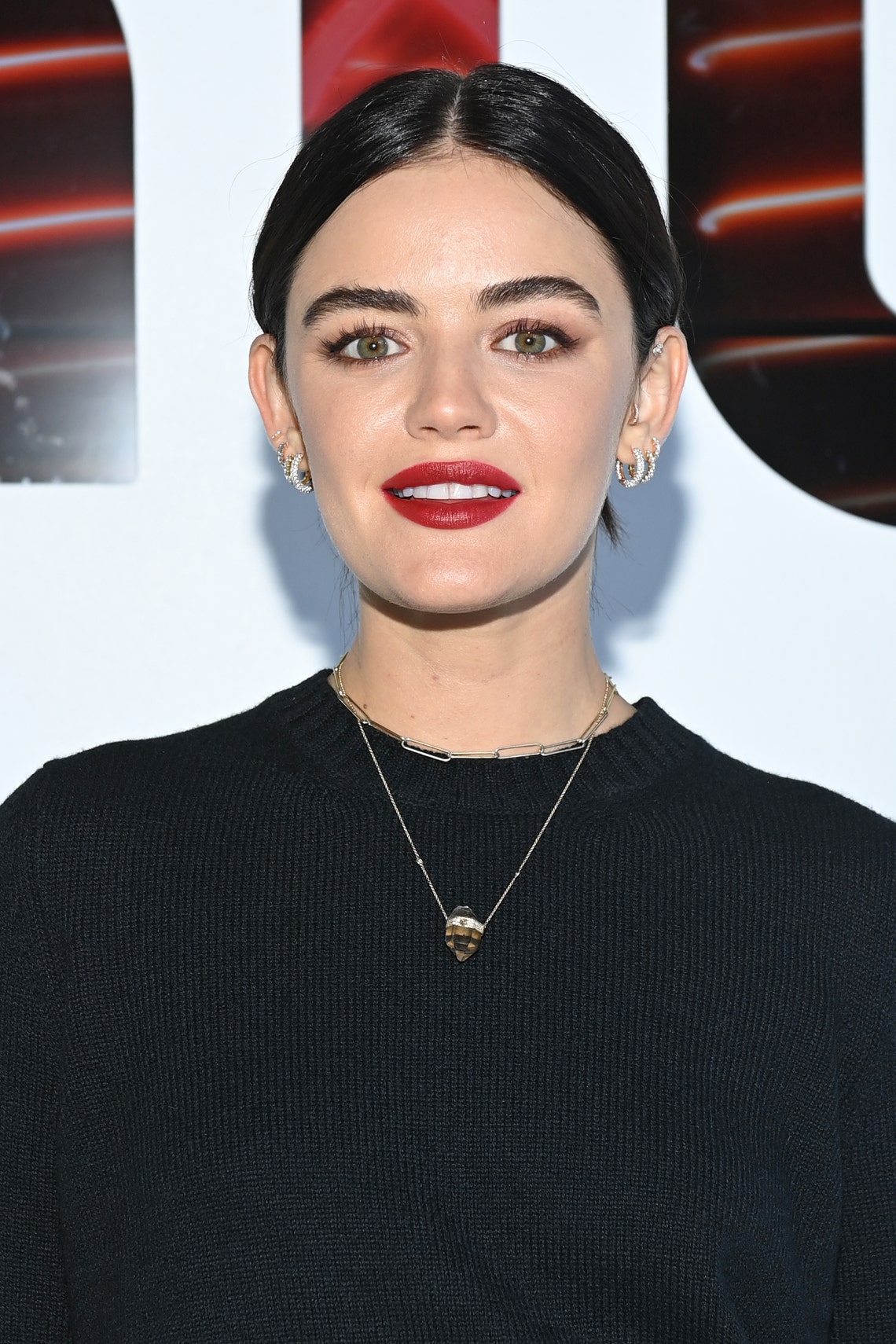 Getty
5 / 11
Gigi Hadid
Gigi Hadid says that growing up she lived in a house she believes was haunted. She explained that her bedroom in the old attic definitely lent itself to some strange experiences with the supernatural – but she didn’t let it scare her! “I was given the attic as my room. We used to hear this weird sound in the closet, and then we asked my dad, and he said this old lady used to live in the house. We convinced ourselves, and we would talk to her. We'd be like, 'Girl, we'll bring you some tea,'" Gigi told Vogue. 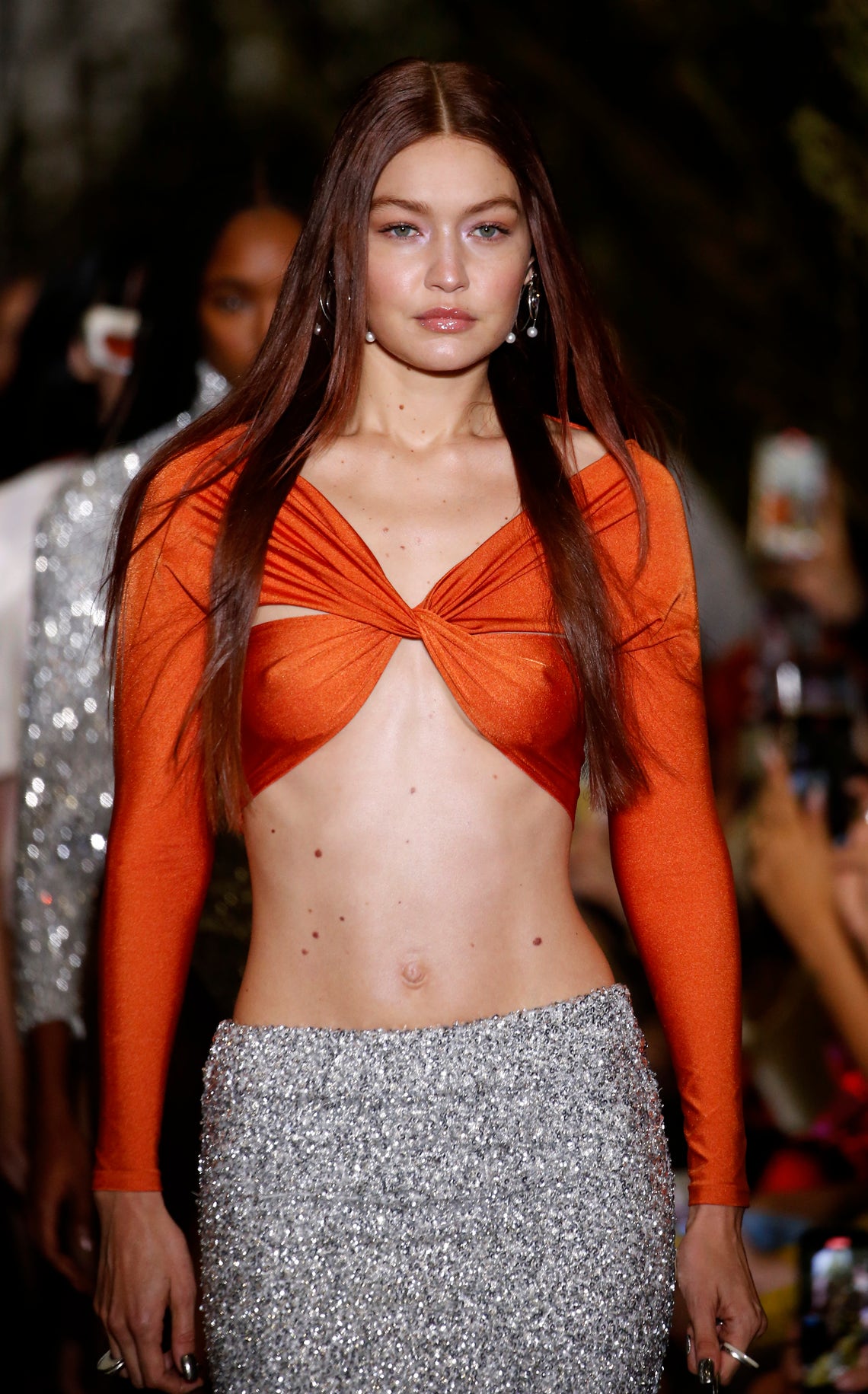 Getty
6 / 11
Kris Jenner
Kris Jenner hasn’t spoken out about her haunted house but her daughter Kendall is convinced that there’s some spirits taking up residence in the home. She explained that she and her sister Kylie have both experienced some pretty spooky things while in the house. "I do believe in ghosts. I don’t know if I’ve ever seen one, but I’ve experienced some pretty ghost-y situations. In the house my mom lives in, Kylie and I would always hear footsteps on the roof while no one was home. Kylie's shower used to turn on all the time and we never knew why. So yeah, I'm convinced it was a ghost,” Kendall told Vogue. 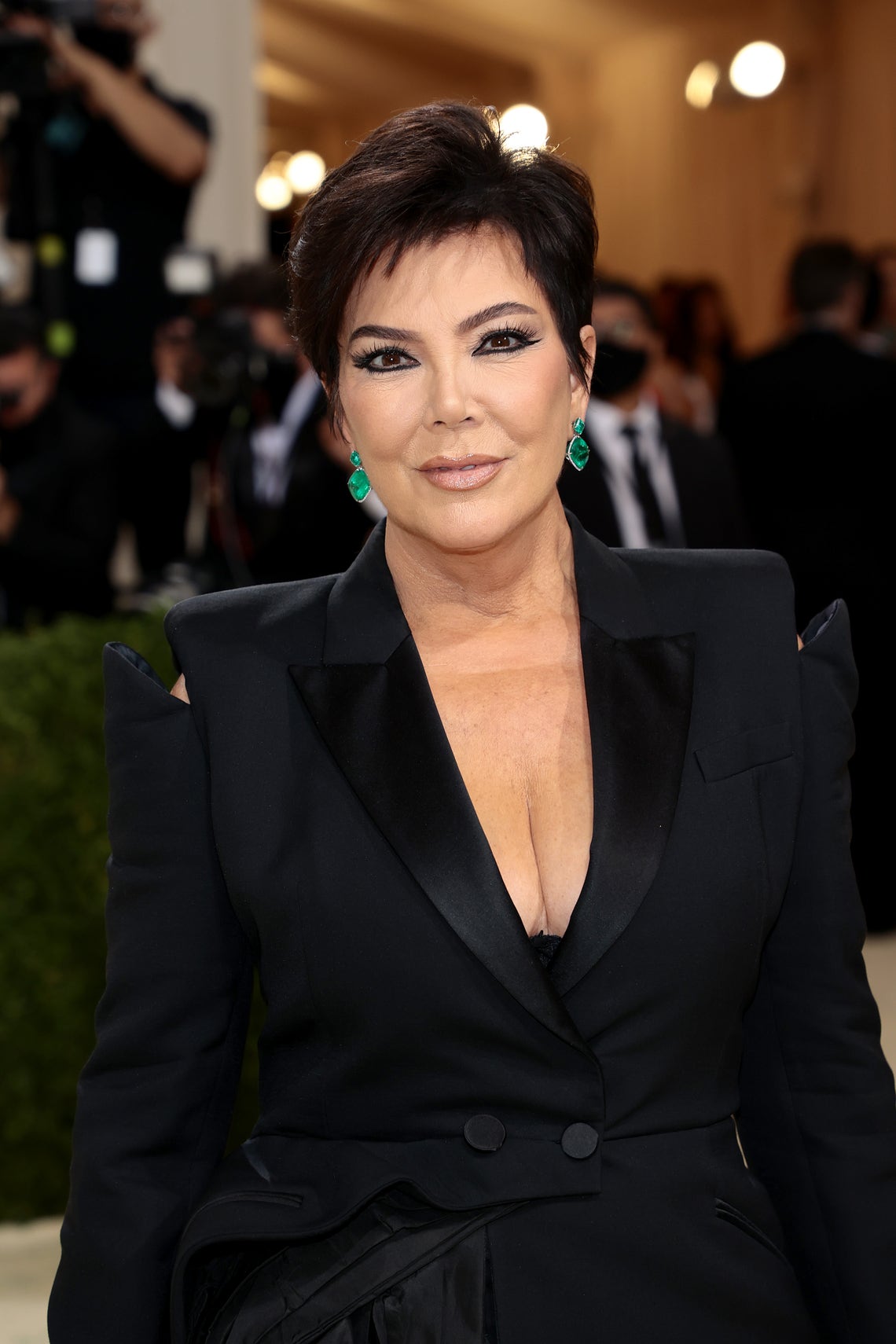 7 / 11
Jennifer Aniston
When Jennifer Aniston first moved to Los Angeles, she ended up living in a haunted apartment with a ghost who happened to hate her roommate. She explained that sometimes the dishwasher and coffee maker would turn on by themselves and at one point the stereo began playing music at full volume. Things got so bad that they had to have someone come in to "clear the house” of the spirit. "They had frankincense and they put it in a little dish, and sort of started saying all these things. And the first corner that she went to, the dish cracked...When we got to the really thick, thick, thick 1975 ashtray that was sitting on the table and then that cracked and she asked me to leave then I [ believed it]. She had to have a talking to [the ghost]. [The ghost] hated my roommate...I moved out. I feel terrible, but I couldn't say, 'It doesn't like you.' I mean that would be terrible," Jennifer said on “The Late Late Show.” 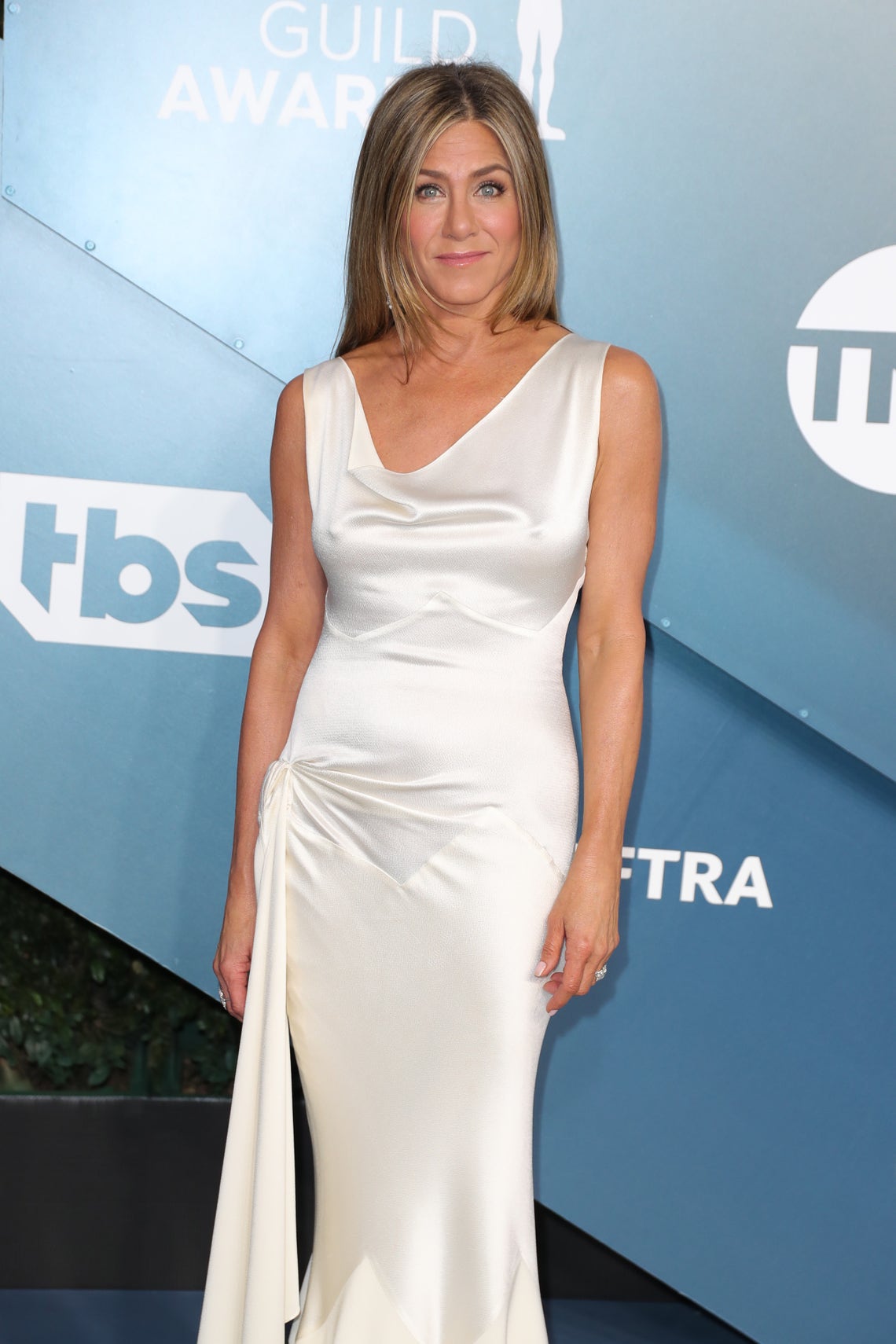 Getty
8 / 11
Miley Cyrus
Back in 2009, Miley Cyrus was living at a rental apartment while she was on tour in Europe, which she says was completely haunted. While there, she began having terrifying dreams and experiencing unexplainable events — particularly in the bathroom! While Miley’s mother didn’t believe her at first, things changed when her aunt visited and also had a supernatural experience. "It was seriously so terrifying...One night my little sister – it sounds crazy to tell you – but she was standing in the shower and all of a sudden I hear her scream. I run in there and the water had somehow flipped to hot...It wasn’t like the water had just changed, the knob had turned but she hadn’t turned it and it was burning her...Before I felt this, I thought I had seen a little boy sitting on the sink watching me take a shower so I felt really freaked out. I was sitting there the next night and maybe I’m crazy, but I could have sworn I could see this little boy sitting there on the sink, kicking his feet,” Miley told Elle UK. 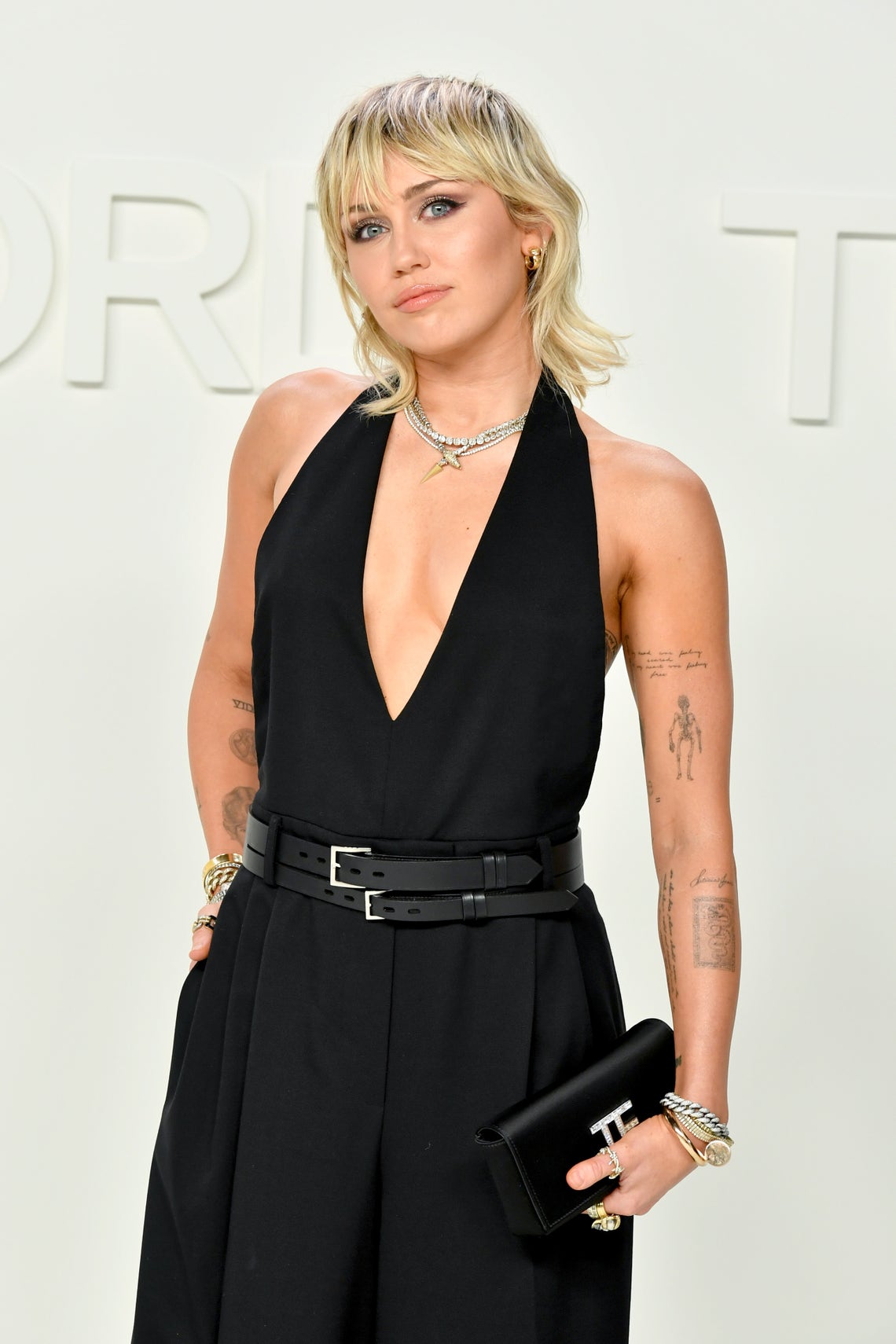 Getty
9 / 11
Jenny Slate
Jenny Slate says she grew up in a home that was haunted by the ghost of a sea captain. When her family moved into the house during her childhood, it was still filled with the furniture belonging to the previous owners who had recently passed away. And when they redecorated the house, they ended up finding something spooky under the runner on the staircase. "I grew up in Massachusetts. I grew up in a genuine haunted house. I knew it was haunted...They tore the [staircase] runner away and underneath they found all these packets of letters that were written to someone who had lived in the house but they weren’t from her husband — they were from a sea captain. They were romantic...My dad put the letters in his study at the top of the stairs and then a few nights later my mom smelled pipe smoke...and my dad was like, ‘I didn’t smoke my pipe tonight.’ So my dad went out into the hall and standing there was this sea captain who was looking at him, kind of pleading.’ So we burned the letters and he never came back,” Jenny said on “The Ellen Show.” 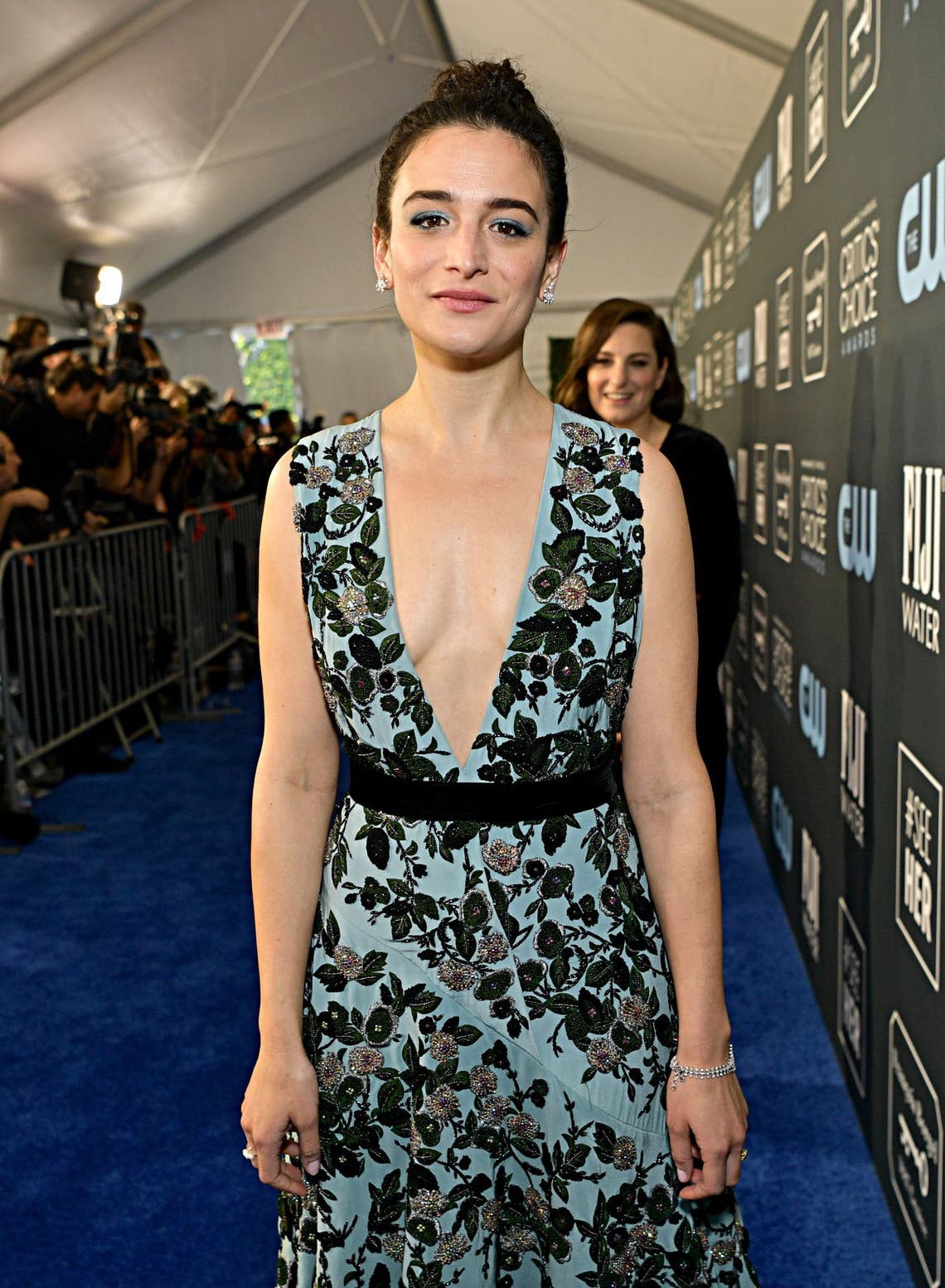 Getty
10 / 11
Demi Lovato
Demi Lovato is a firm believer in the supernatural, especially considering their strong connection to the afterlife. Demi says they feels as though they can tell if a place is haunted as soon as they enter. Demi even once revealed that the house they grew up in Texas was haunted by the ghost of a little girl. “My house in Texas is so ridiculously haunted. Not by a bad spirit, but a little girl. I think her name is Emily. I've had a medium come over and ghost hunters, and they both told me the same name, Emily. There were so many times that I saw her when I was growing up. I saw her in my closet one time. When I was 3 years old my mom caught me talking to something by myself. She asked, ‘Who are you talking to?’ and I said, ‘My best friend Emily.’ She's playful. She'd probably be around 11 or 12 years old, maybe younger,” Demi told Buzzfeed. 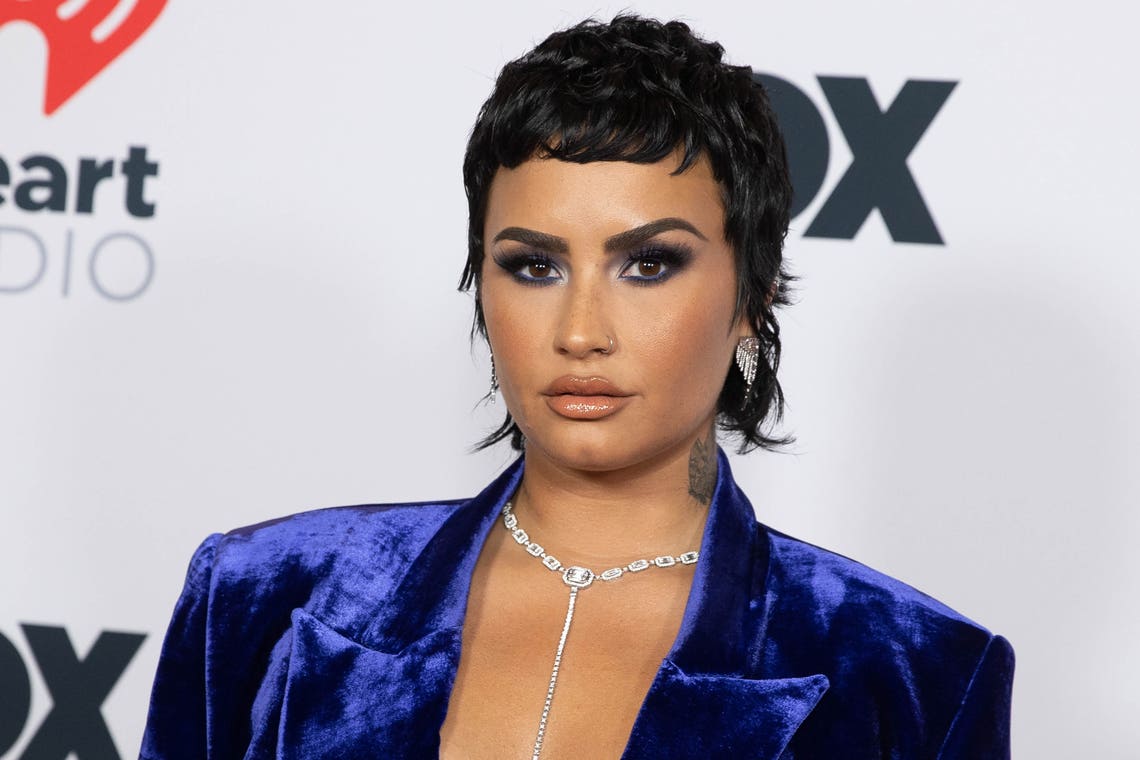 11 / 11
Matthew McConaughey
Matthew McConaughey says he once had a ghost named Madame Bleu living in his Los Angeles abode. Not only did he notice the otherworldly presence, he says that everyone who came to his home noticed her too. Matthew explained that he decided to stand his ground and the ghost eventually left. “I was not even under the influence and she was there. She wasn’t that happy, it didn’t seem like she was going to be much fun to hang around or have in my house, so I went ahead and stood my ground. I opened the door and said ‘You can move around all you want but I’m not going anywhere.’ For weeks everyone that came to the house said the same thing: ‘There’s someone down in that hall, there’s somebody down in that hall' and I said, ‘I know,’” Matthew told ScreenSlam. 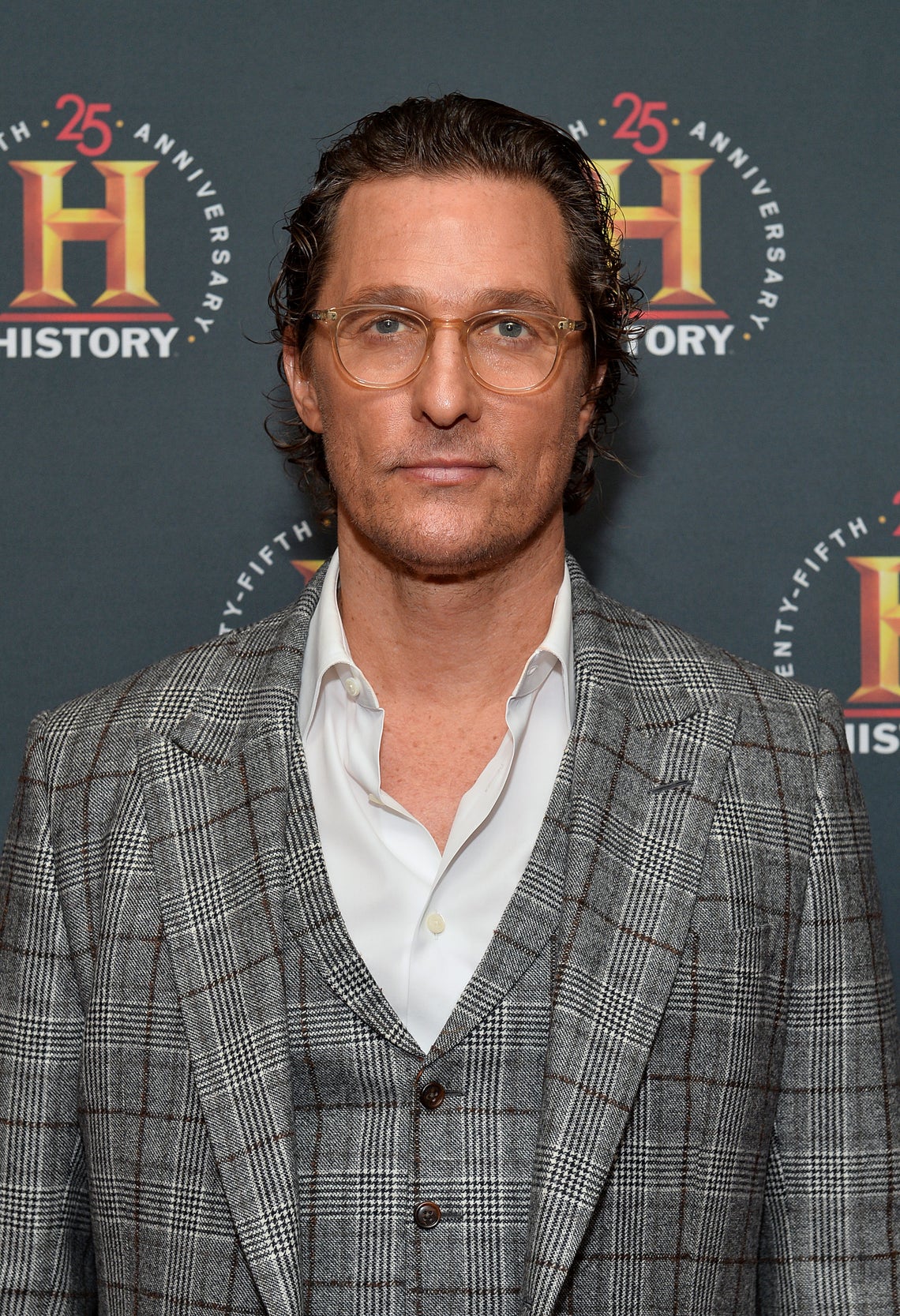 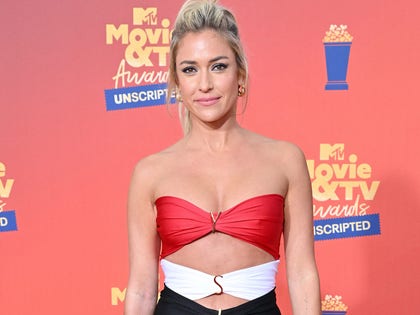 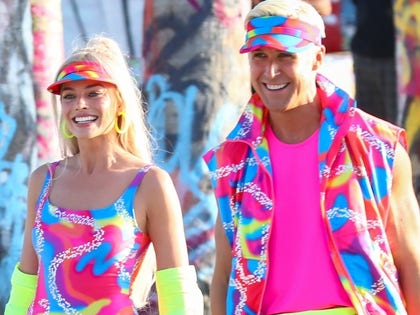 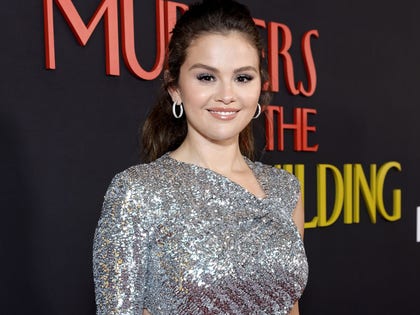 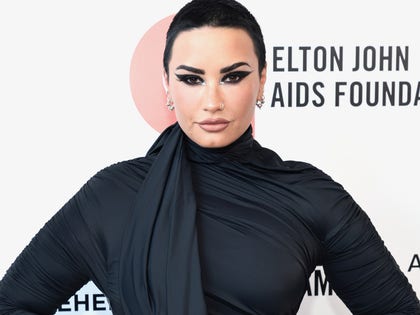