The self pronounced king of hip-hop has taken his love for women to an all new level. Over the weekend, Kanye West showed fashion fans he is not only a lover of models, but he can dress them too as he debuted his DW women's collection at Paris Fashion Week.

The star studded event included Mary-Kate and Ashley Olsen, Lindsay Lohan, Jared Leto and Ciara -- each who came out to support the hip-hop mogul and who were also on the hunt for some fashion forward finds. See the A-list attendees and Kanye's sexy fashions below: 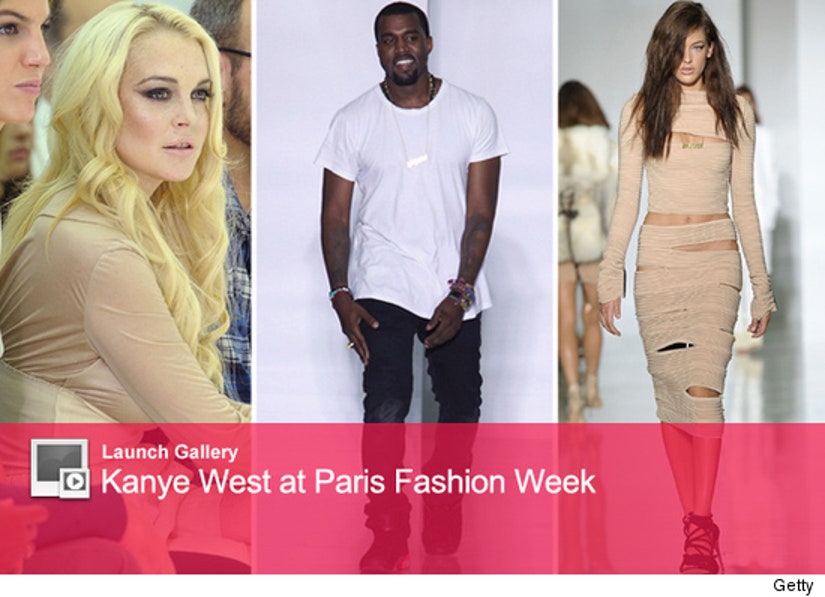 Already a fashion veteran, Kanye has previously worked with Louis Vuitton on a sneaker line, in addition to the clothing line Pastelle. In collaborating with Louise Goldin -- who is already a staple within women's fashion -- Kanye's line is much more edgy than what celebrity designers have shown fashion buffs in the past. Bravo Kanye.

Do you like Kanye's clothes? Tell TooFab in the comments below.