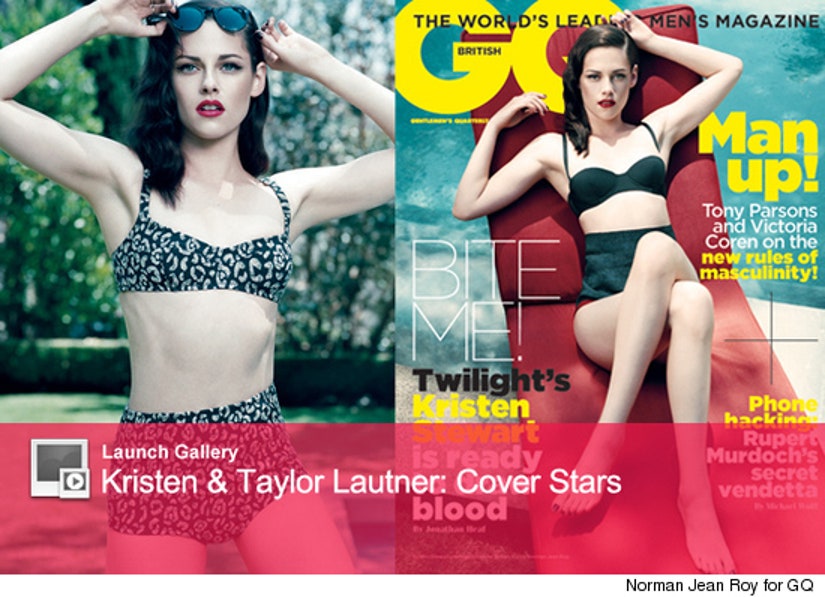 Kristen Stewart looks downright glamorous ... and maybe a little pale ... in the new British edition of GQ -- where she opens up about her relationship with Robert Pattinson, sorta.

"My boyfriend is English," Stewart told GQ during her photo shoot, giving more evidence to those who believe she and her London-born "Twilight" co-star are dating.

When pressed about the issue more, Kristen defensively added "I never would have said that if I knew you were going to be interviewing me ... so much of my life is so easily Googled. I mean, it's like, come on guys, it's so obvious."

Vague, yes ... but seems like a confirmation to us.

As for why the two don't really talk about each other, Stewart tells GQ "I like to keep whatever is mine remaining that way. It's a funny little game to play and it's a slippery slope."

Stewart also opens up about fame -- saying she "never wanted to be this famous" and says it can be scary at times.

"I mean people are crazy. Everyone does what they have to do to protect themselves, but it would be fake for me to sit here and say people are not crazy. I'm sure lots of people shy away from this question as they want to make sure they look 100%t appreciative all the time and that everything is the most amazing thing always .... But at the end of the line, people are f***ing crazy!"

Check out more of Kristen's interview over at the British GQ website.

Kristen also covers this month's Glamour -- check out those photos, plus shots of "Breaking Dawn" co-star Taylor Lautner in this month's GQ Australia above!