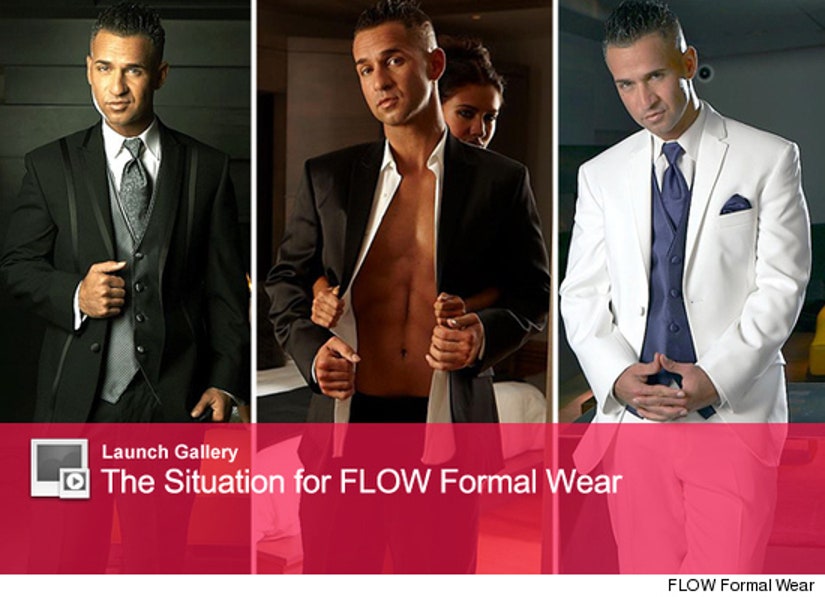 While The Situation is known for taking his clothes off on "Jersey Shore," he's trying some on for a change for a line of tuxedos.

FLOW Formal Wear has been releasing brand new promo shots of Sitch modeling their clothes all week long on their Facebook page ... and the photos prove he's got the "Blue Steel" look down pat.

Even though he's modeling formal attire, the self-described Guido still found a way to flaunt his abs in one of the shots and his guns in another. Keepin' it classy!

Check out all the photos above.