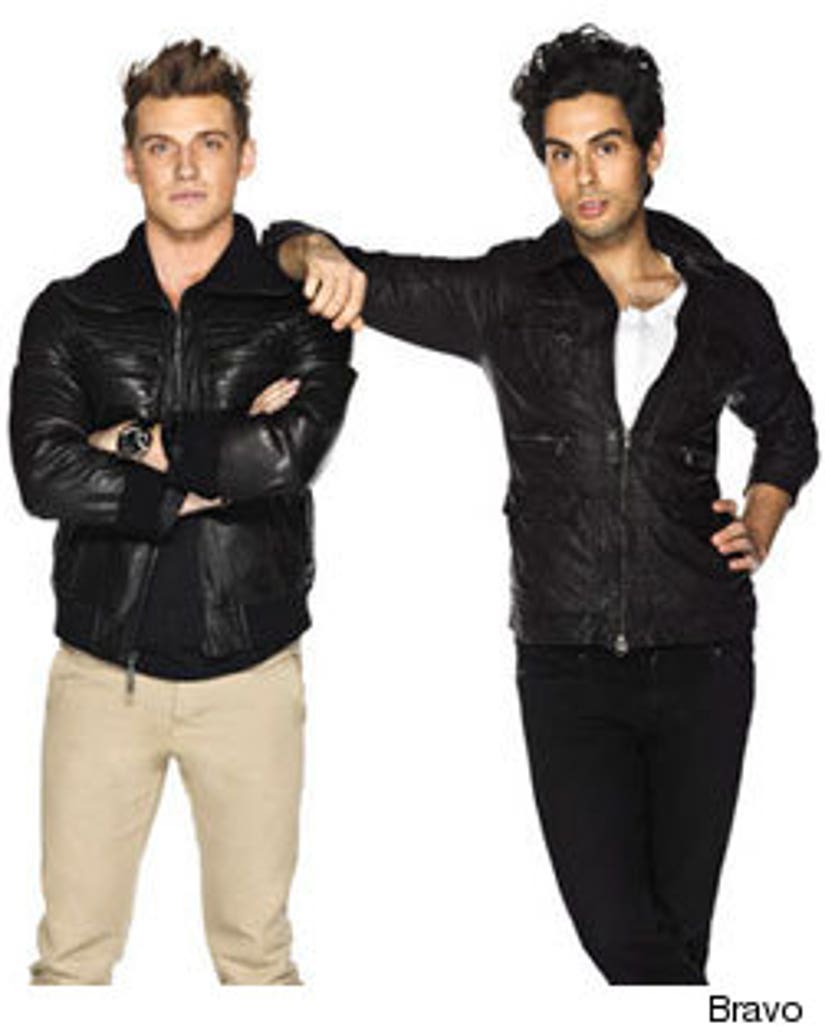 Zoe went through a public separation from her styling assistant Brad Goreski. Goreski told Zoe he wanted to spend more time with his boyfriend, but soon after leaving reportedly started going after Zoe's clients.

Zoe was faced with the daunting task of replacing Brad. However after much contemplation, Zoe went with her gut and brought on Jeremiah Brent. After weeks of working for Team Zoe, Brent's job is in jeopardy as Zoe and husband Rodger Berman try to find his place in the company.

Jeremiah's background is in interior design, not styling. Throughout this season, he's constantly had to prove himself in the fashion world; in his first week he was flown to New York to work on a showcase for Zoe's own line. As if Brent didn't have enough to worry about, he also has to deal Joey Maalouf, who's skeptical of his styling ability.

Joey Maalouf is Rachel's sassy and charismatic best friend, as well as personal hair and makeup stylist. During the show Maalouf risks it all and moves from New York City to Los Angeles with ambitions to work more closely with Zoe.

In an interview with TooFab's Anthony Dominic, the newest members of Team Zoe, Jeremiah Brent and Joey Maalouf chat about competition in the workplace and even man tans. Check out the exclusive interview below:

TooFab: In your opinion, who is currently the best and worst dressed in Hollywood?

Joey: Worst: Everyone on “The Jersey Shore.” I can't even believe people put them on a list. Their style is so fab, because they're really true to themselves, which is what I love, but I don't consider that fashion.

Best: Gwyneth Paltrow, Margherita Missoni, Anne Hathaway and Kate Moss. Naturally Paltrow has great style, on a day to day basis when she's not with her stylist or on a red carpet. I love her style!

Jeremiah: Worst: Julianna Margulies at the Emmys. I didn't know what was going on. It looked like her dressed was leaking, I just didn't get it and I'll never understand. It was like ice cubes were coming out of the dress and I didn't know what to do. I felt uncomfortable; it was like her dress was crying. Worst dressed is hard because style is so personal, but taste isn't. Sometimes I don't know what is going on with these people. I've never seen the Jersey Shore so I can't say, but they're very tan.

Best: Cate Blanchett, I love Anne Hathaway obviously, Blake Lively's style takes a risk sometimes and I love it, Zoe Saldana is another favorite, I think she looks amazing.

Joey: I'm so obsessed with being tan!

TooFab: If you had to get rid of everything in your closet except one piece what would you keep?

Joey: Oh that is a really hard question! Can I keep more then one thing? I have this slightly sheer black cashmere v-neck that literally fits me amazing and I've had it for about 8 years and I can't get rid of it. It's a really simple black Gucci cashmere sweater. My second item would be really slouchy black pants. I could be naked and wear a black piece and be fine.

Jeremiah: I have this vintage Ralph Lauren denim shirt that I wear probably more than I really should. I wear it almost every other day on the show, but it's the one piece I don't think I could get rid of. It's like home to me. I am such a lesbian! Dior are my favorite jeans ever, and I have a pair that are 4-years-old and they are perfect and worn-in and I don't thing I could give up those. So I'll just be in a denim suit for the rest of my life!

TooFab: Now that you're living in L.A. are you happy you made the change?

Joey: Oh my God, yeah! I feel that in New York you're focused on working and networking and being out. You are constantly on the go and always around people. It's funny but I don't think I spent one second looking in the mirror or caring about what I looked like. I just threw on my basics everyday and my boots so I was comfortable running around the city. Now that I live in L.A. I feel like there is such a calm energy here and I have so much time to work out and eat well and take care of myself and walk around. That alone just gets me a good tan, and I do think the transition is great. I will always love New York and it will always be my heart but I am having a really good time enjoying the calm energy in Los Angeles. Most importantly I live right down the street from Rachel so I get to spend so much time with the baby, which is really exciting!