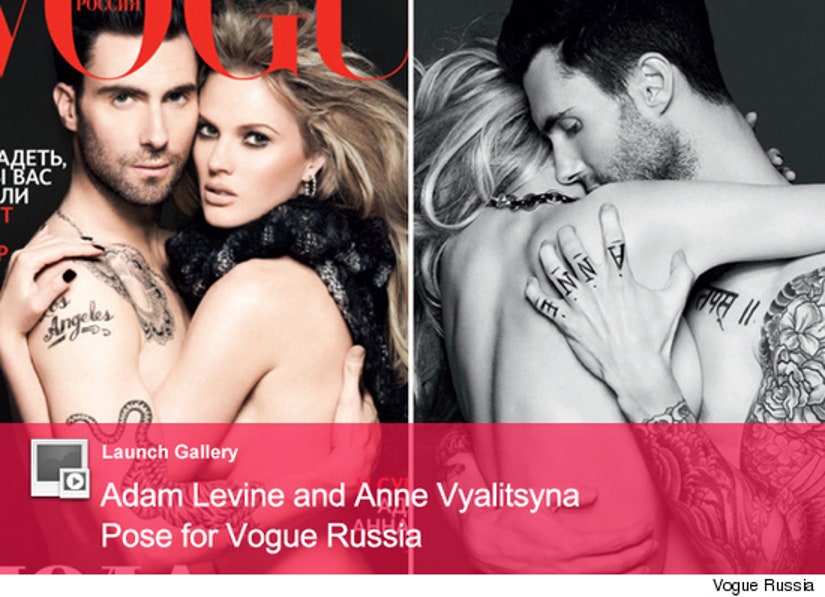 Adam Levine sure loves showing some skin -- and this time, his girlfriend is also getting in on the action.

The oft-shirtless Maroon 5 singer strips down to even less on the cover of the new Russian Vogue, where he and Anne Vyalitsyna are photographed in a nude embrace.

While we have no idea what the accompanying article says (since it's in Russian), the photos are super sexy -- with the two of them in various states of undress.

Adam and Anne have been dating since Spring 2010. The Sports Illustrated model previously appeared in Maroon 5's music videos for "Misery" and "Never Gonna Leave This Bed."

They're one good looking couple!