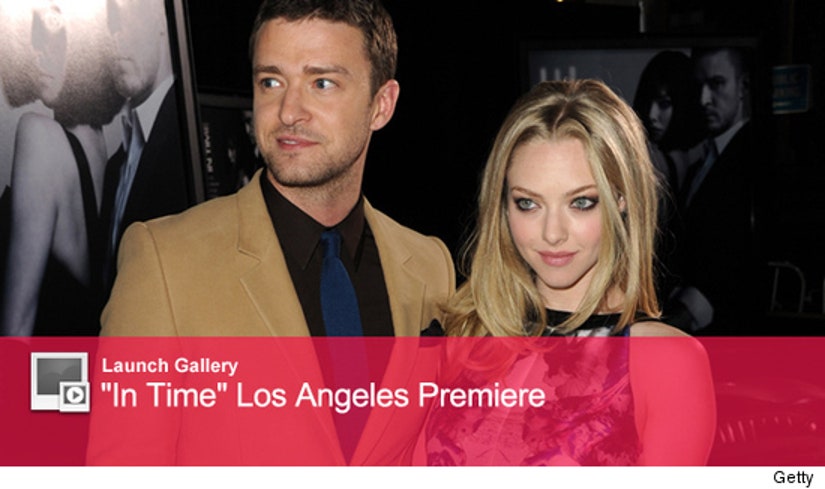 Justin Timberlake hit the red carpet for the premiere of "In Time" last night in L.A. -- but did he do it with rumored on-again girlfriend Jessica Biel by his side?

JT walked the carpet solo, and while he stopped to pose with co-stars Amanda Seyfried and Olivia Wilde, Biel actually was his date -- she just avoided the cameras.

The two were very "affectionate" at the premiere's after-party too and, according to PEOPLE, were "sneaking kisses, whispering to each other, and sharing quick back rubs and caresses."

The premiere comes one day after Justin, Biel and Justin's parents were seen out together for dinner.

Check out more photos from the premiere above.