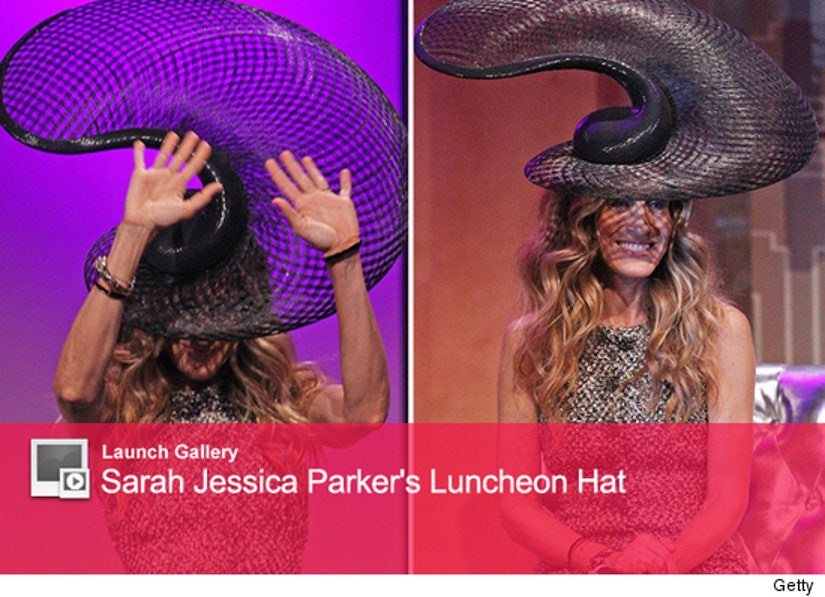 Sarah Jessica Parker is known for her trend-setting style -- so what's with this outrageous hat?!

SJP was in Australia to promote her film, "I Don't Know How She Does It," where she donned an oversized Philip Treacy fascinator.

Now, Sarah's no stranger to Treacy's head-toppers -- she famously wore them to two "Sex and the City" movie premieres.

The designer, of course, also made headlines earlier this year when Princess Beatrice wore one of his creations to the Royal Wedding.

While giant hats may make for a favorable fashion statement in the UK and, apparently, down undah, what do you think of the look?