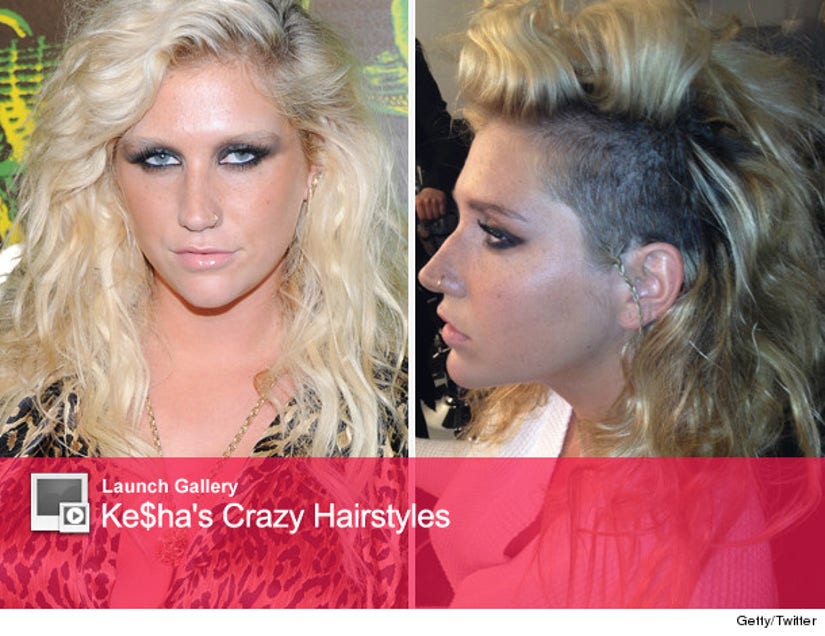 Ke$ha is starting the new year with a drastically new 'do!

"Animals! I just shaved the side of my head! wanna see a pic???" she tweeted last night, before posting a pic of her with a half-buzzed head.

"New year. New album. New hair. Get pumped," she later tweeted at her fans, who were divided on their reaction to the new look.

"Hott" one of her followers posted after seeing the pic, with another adding "oooh errr kesha not sure about that look."

What do you think of the 'do? Sound off below -- and check out more of Ke$ha's crazy hairstyles in the gallery above.