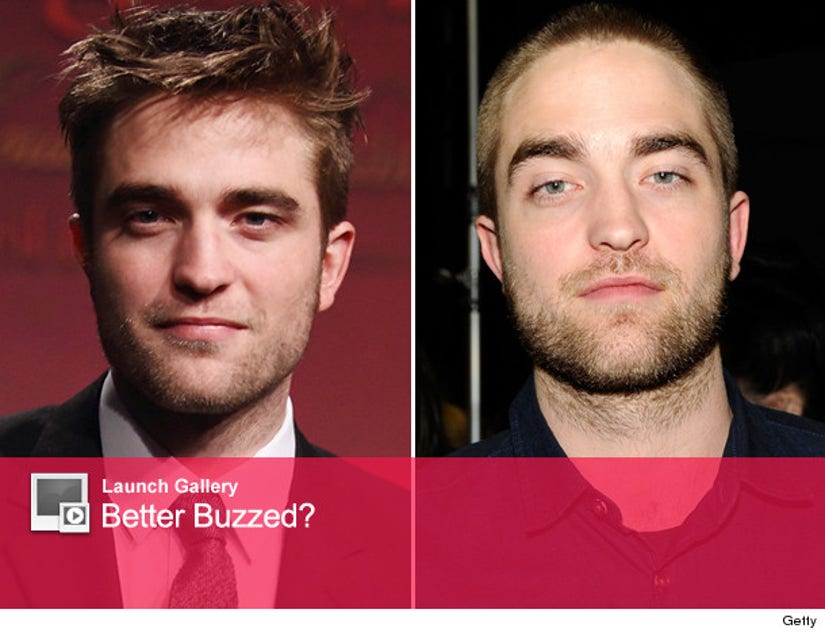 With the "Twilight" movies all wrapped up, R-Patz was finally allowed to buzz off all his crazy Edward Cullen hair -- and last night, he debuted the new look at the People's Choice Awards.

While fans are divided on the 'do, we think he looks pretty hot with new buzz cut. Wonder what Kristen Stewart thinks!

Is Rob better buzzed? Vote on his new look in the gallery above, plus see other guys who have cut it all off.