Joan Rivers is the first to admit she's had a lot of plastic surgery done -- has she really gone under the knife 734 times?

That gigantic number was flashed on screen during the season premiere of "Joan & Melissa: Joan Knows Best?" last night. Was it a joke? Who knows ... but the real count could be close!

The episode chronicled the comedienne getting another "touch-up" -- but before she went in for her operation, Joan's family and friends staged a "Skintervention."

Daughter Melissa feared her 78-year-old mom was addicted to surgery and more work would be very bad for her health.

The Skintervention didn't work ... and Joan went in anyway.

The episode also offered up one very scary sight: Joan without makeup!

She was forced to go face paint-free as she went into her operation, joking "My face hasn't been this devoid of makeup since I was born!"

Check out her makeup free face in the video above, plus see how her face has changed through the years below! 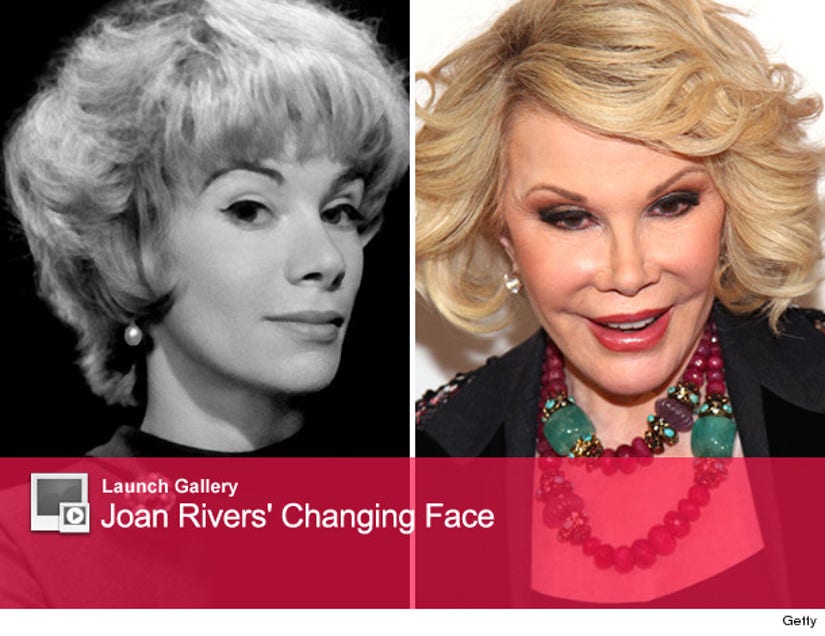