It doesn't have to be a hot day for Charlize Theron to put on a sexy bikini!

"Not a lot of people would get into a bathing suit in the middle of the night down the street in L.A." the gorgeous "Young Adult" star says in a video from her latest Vanity Fair photo shoot.

Theron looks incredibly hot in the risque suit, which she wore for a shoot with famed photographer Terry Richardson.

During the shoot, Charlize also opened up about her childhood crush.

"I was so in love with Richard Dean Anderson from 'MacGyver,'" Theron admits. "I'm from a second-world country, what do you want from me?"

Check out more from the magazine's Hollywood issue here. 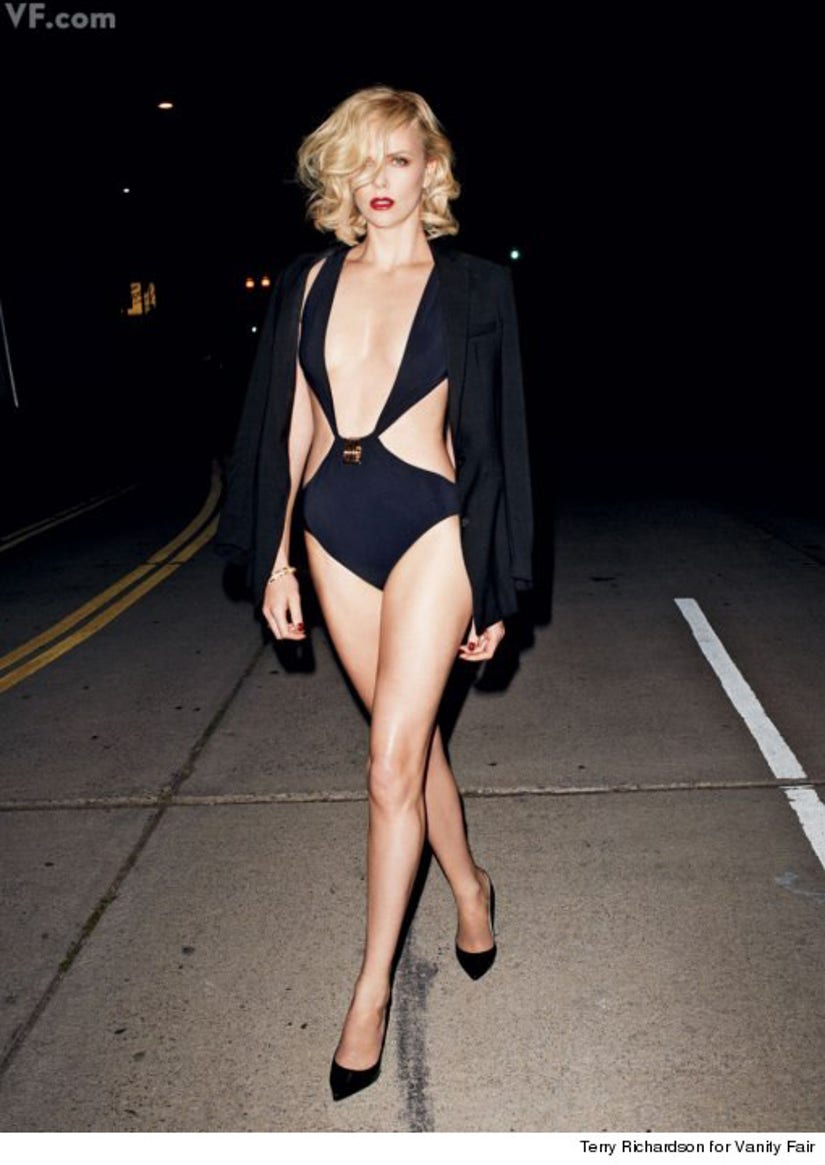