The fashion world is buzzing over androgynous model Andrej Pejic -- and whether he'll hit the runway during New York Fashion Week.

Andrej, who has done catwalks and print work as both a male and female, is considered one of the hottest commodities out there right now thanks to his versatility as a model.

Just to clear the air, he adds "Physically, you know, I'm man."

The beautiful Australian let the AP follow him to a photo shoot earlier this month, where he slipped into some slinky women's swimwear ... and pulled it off better than some women! Watch the video above.

Check out Andrej's unique style in the gallery -- we'll be sure to update with new pics if he hits the runway again in the next week! 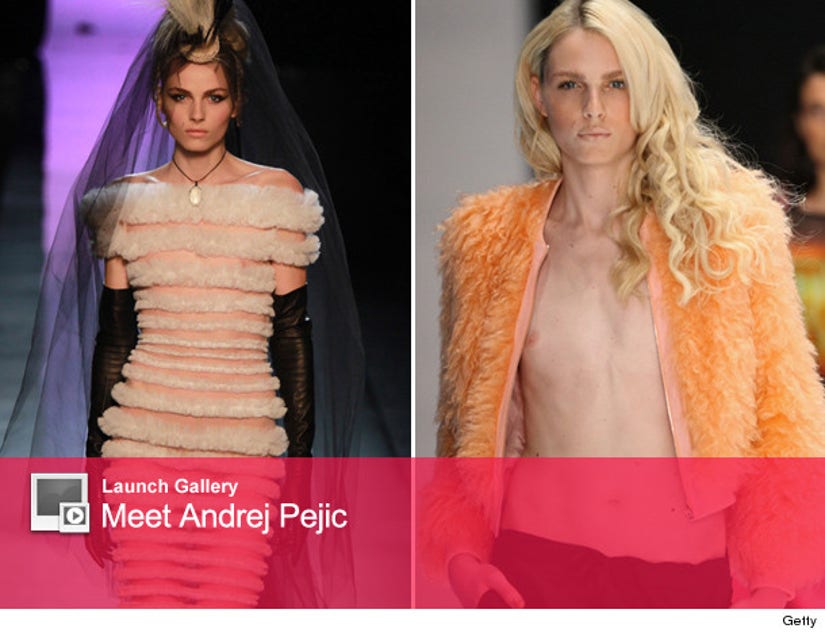