January Jones returned to "Mad Men" last night -- and her appearance was bigger than ever.

While Jones was M.I.A. from the 2 hour season premiere earlier this month, Betty Francis made her Season 5 debut on Sunday.

Instead of the svelte, model-thin Betty we're all used to though, Jones was sporting a body suit and prosthetics on her face to make her look larger than normal.

During the episode, Betty thought she could have cancer after her doctor discovered a lump on her thyroid. The lump ended up being benign, meaning Betty was, as she eloquently put it, "just fat."

While Jones' weight gain was done with the help of special effects, check out which stars really packed on the pounds (or severely shed them) for a role in the gallery above! 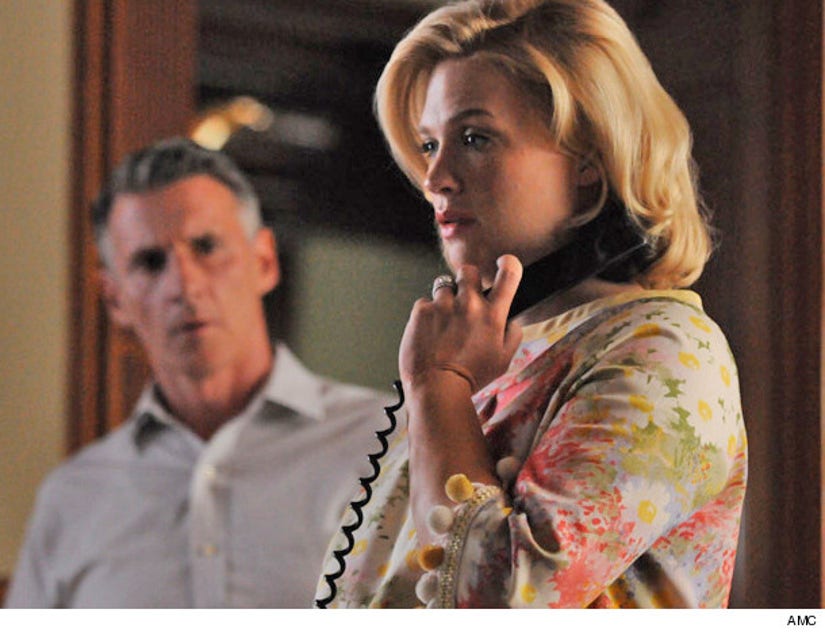