Kellan Lutz and Kate Upton are two of the hottest names -- and bodies -- in Hollywood right now.

The stars are teaming up for the new Dylan George and Abbot + Main Fall 2012 campaign.

And while they're known for showing skin, the "Twilight" hunk and the supermodel kept things (mostly) clothed for their shoot at the famed Venice Beach. The Dylan George knits and Abbot + Main denims perfectly fit the cool So-Cal vibe.

Check out the photos below, and some fun behind-the-scenes shots. 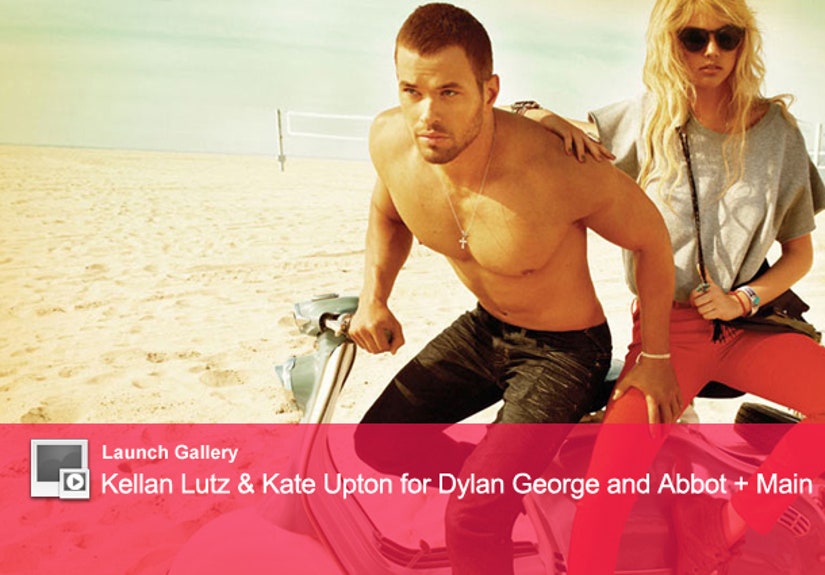 And because you can never have enough shirtless Kellan, check out the campaign video done by 88 Phases.

Kellan even joked about the racy video, tweeting, "Finally a commercial that doesn't use sex to sell product."

What do you think of the sexy duo? Tell toofab in the comments below!