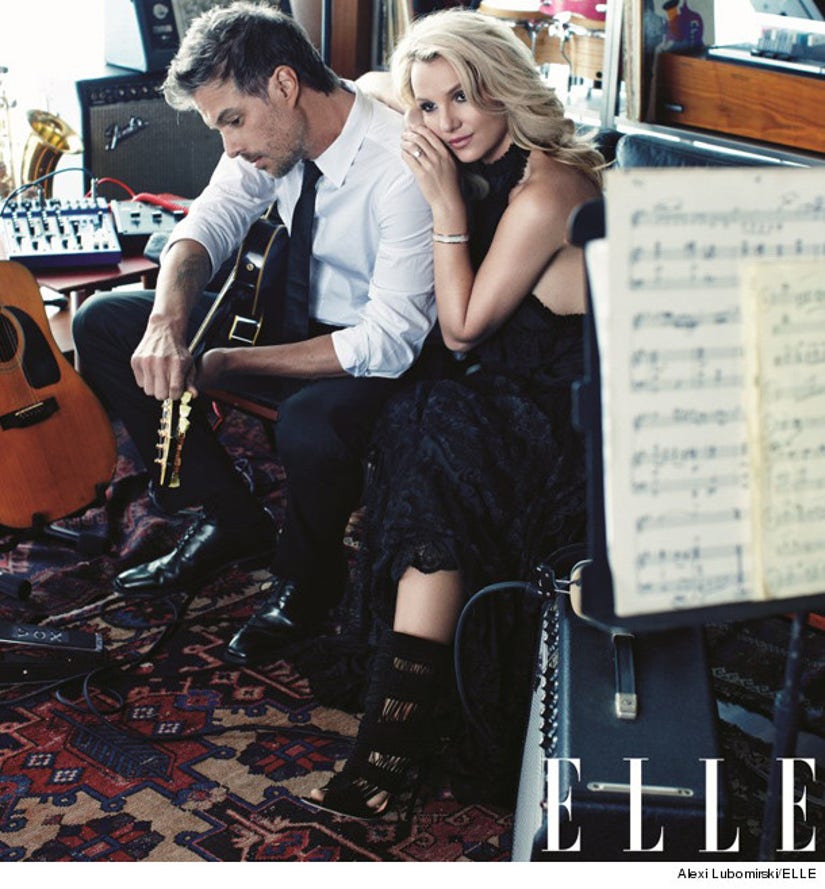 Well aren't they a cute couple?

Britney Spears cozies up to fiance Jason Trawick in the October issue of Elle Magazine, where the two pose for a rare, intimate shot and talk about their headline-making romance.

In the joint interview, Jason reveals it was Britney who made the first move ... but Spears didn't exactly let him spill all the dirty details.

“It was kind of one of those things where she moved, like, turned around, so we were face-to-face, and then-” Jason tells the mag -- before Spears cuts him off, "Okay, that's enough information, sweetie. It was sweet, just say that."

The 30-year-old mother of two also shows off her fit physique and great legs in the photo spread, posing in some sparkly underwear and blue leather jacket. 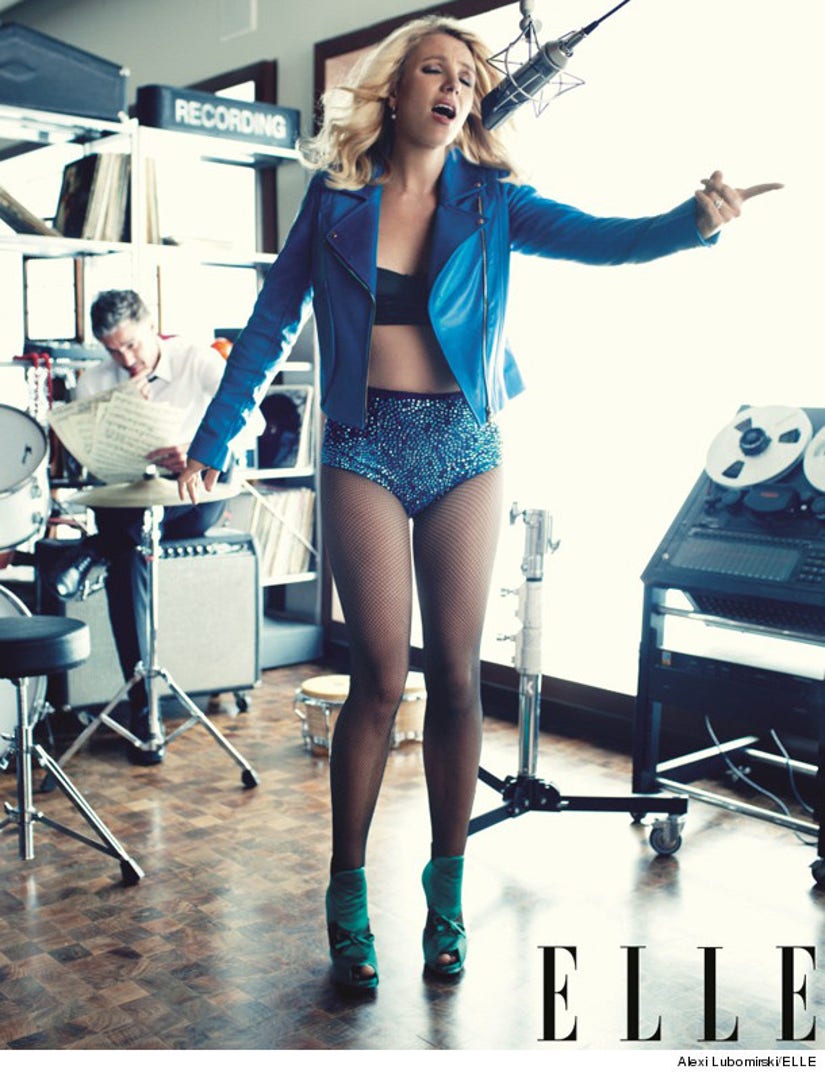 And while she looks great in the designer duds, Spears says she prefers being a little more comfortable.

"I love my jeans and my sweats, I'm really just a tomboy at heart," she says. "So it's really hard for me to be like Kim Kardashian and be makeup and hair-ready every time I go out of my house."

"On the other hand, when you do wear those sweats, you're like, 'Oh God, I should step it up a notch.'”

Britney will also make her "X Factor" debut a week from today -- read more about her new gig when the October issue of Elle hits newsstands September 18. 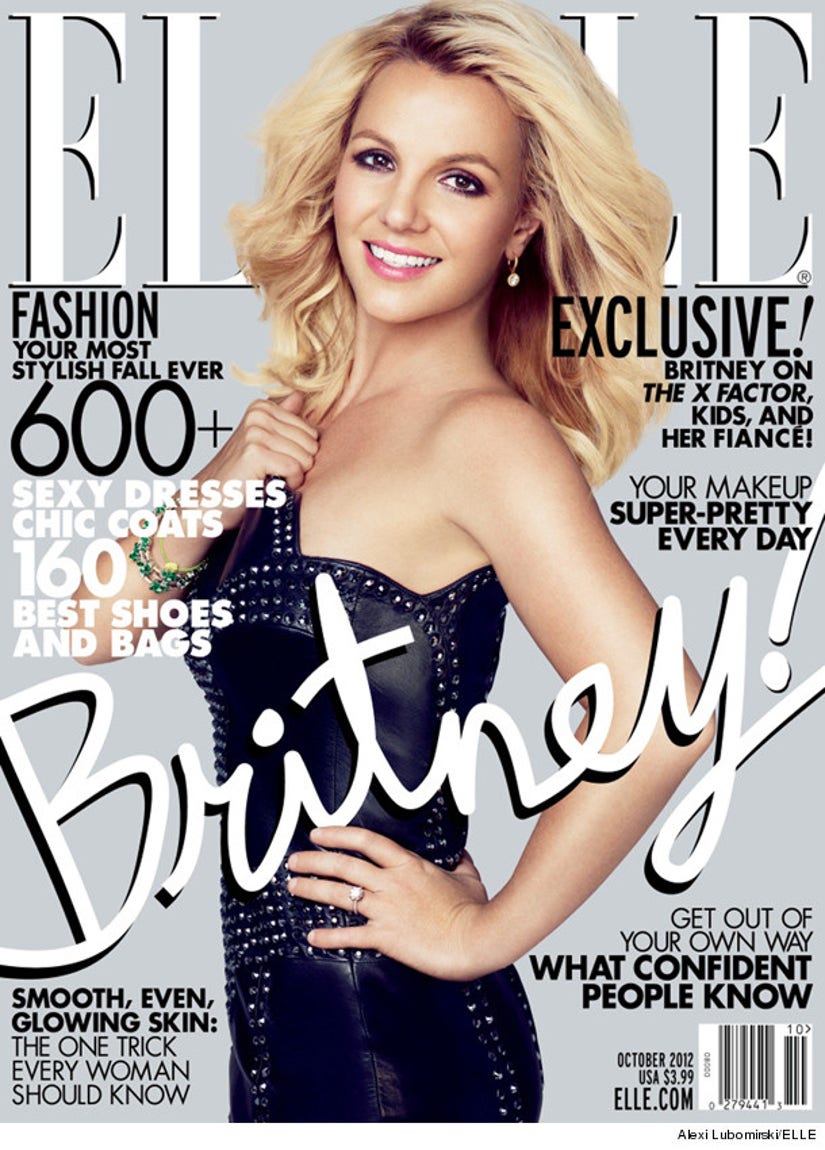