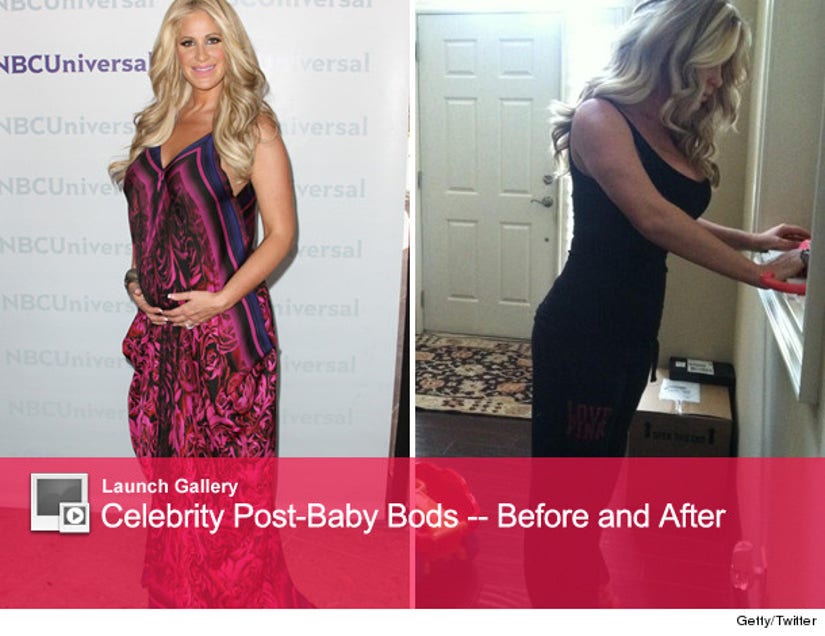 While Jessica Simpson is fighting the baby weight battle, one reality star appears to have no problem shedding the pounds: Kim Zolciak.

The "Real Housewives of Atlanta" star gave birth to second son Kash Kade on August 15 -- but there's no way you'd guess it by looking at her now!

Kim's daughter Brielle posted a photo of her very svelte-looking mom on Twitter over the weekend, showing her in a tight black tank top and sweat pants.

Brielle mirrored our own thoughts by tweeting "seriously... who looks like this after 2 weeks of having a baby?"

We don't know what she's doing, but it sounds like she may have dropped the weight without the help of a trainer.

Earlier this week, Kim was soliciting her Twitter followers for new trainers since her former one had moved.

After an overwhelming response, Zolciak tweeted "I have a ton of research to do on all the tweets I got today abt atlanta based trainers!!!"

Check out which other celebs have bounced right back after giving birth in the gallery above.