New York Fashion Week just wrapped and whether you're fashionista or just want to look at pretty models, we got your covered (if you're a straight guy looking for skin, check our our Miami Fashion Week coverage -- bikinis galore).

If you follow fashion, you know that this week was all about the Spring 2013 collections. toofab's Lawrence Yee and Christina Moffitino break down their four favorite collections and which celebrities you can expect to see wearing these dresses on the red carpet. 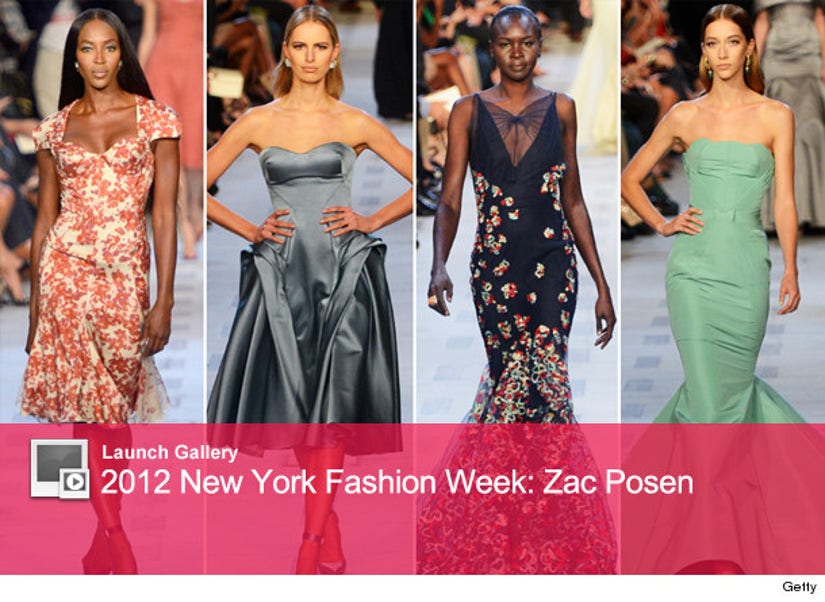 With the likes of Naomi Campbell, Karolina Kurkova, Alek Wek, Angela Lindvall and Coco Rocha walking, the Zac Posen show was the hottest ticket in town -- so hot, in fact a brawl broke out over seating.

'40s inspired florals kicked off the show, but the big draw was the spectacular gowns, culminating with a tiered wedding gown worn by Zac's muse Coco Rocha. We can totally picture the uber-glam Amber Heard and Dita von Teese dazzling in the mermaid gowns. Reese Witherspoon, Lea Michele and Christina Ricci will definitely be sporting the sweeter styles from this collection. 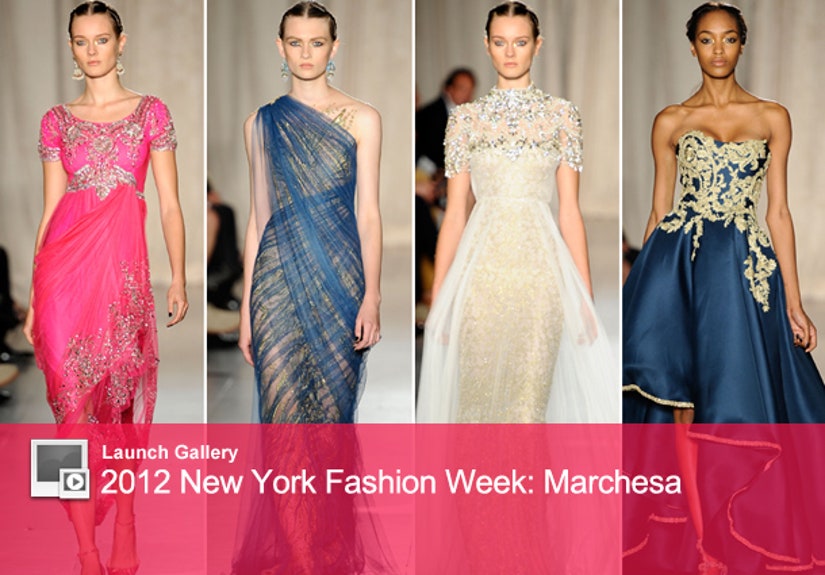 You can never go wrong with Marchesa. Stars like Selena Gomez, Lea Michele and Sandra Bullock regular stun in Georgina Chapman and Keren Craig's designs. Their spring collection had a strong Indian influence, with bold colors, beaded bodices and sari-style draping. It's definitely a departure from what they've done before. We'd love to see Hannah Simone bring some authenticity to these gowns, as well as Indophiles Katy Perry and Gwen Stefani. Longtime Marchesa devotee Eva Longoria will surely be spotted in many of these looks. We're keeping our eyes open to see which other leading ladies will be walking down the red carpet in one of these dresses at the upcoming Emmys. 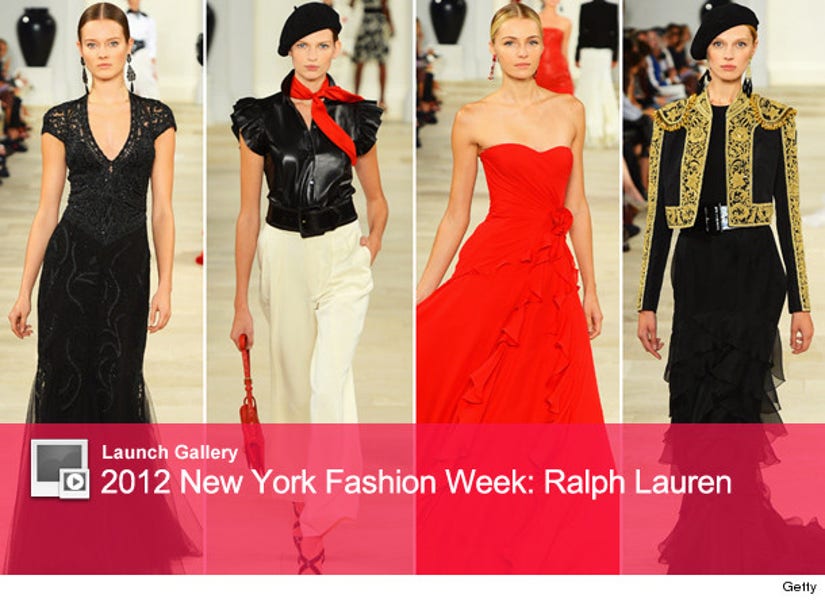 Whereas Marchesa looked to India, Ralph Lauren looked to Spain. The venerable designer made a total departure from his classic American style, presenting embroidered boleros, matador pants and multi-colored stripes. There were French touches as well, including Parisian berets and ties. We predict the gaucho pants and Spanish stripes will be making a big trend on the concrete runways in 2013.

As for gowns, our favorites were two fiery red dresses that would look fantastic on attendee Jessica Alba. 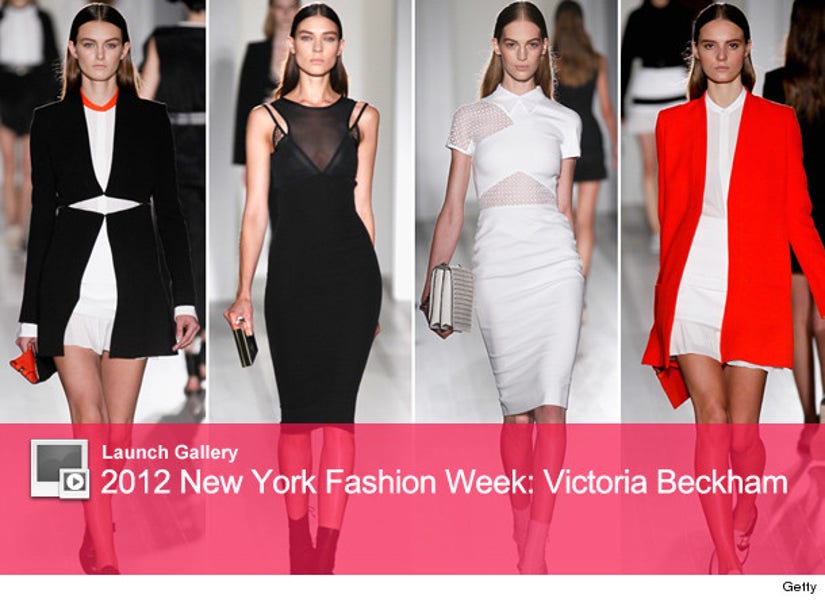 Victoria Beckham has gone from "Wannabe" to bonafide fashion designer. The former Spice Girl won the Designer of the Year at the British Fashion Awards last year and has an ever-expanding client list.

As expected, Posh's line was sexy and chic, with slim fits, sheer paneling and even some lingerie-inspired touches. Despite a basic palette (white, black and red), each piece was bold. This was a practical collection, with lots of separates and easy-to-wear looks perfect for press conferences and photo calls.

Victoria is the best model for her own collection, as well as BFF Eva Longoria. Starlets like Emma Stone and Jennifer Lawrence would look sexy and smart in these pieces too.

Which collection was your favorite? Tell toofab in the comments below!