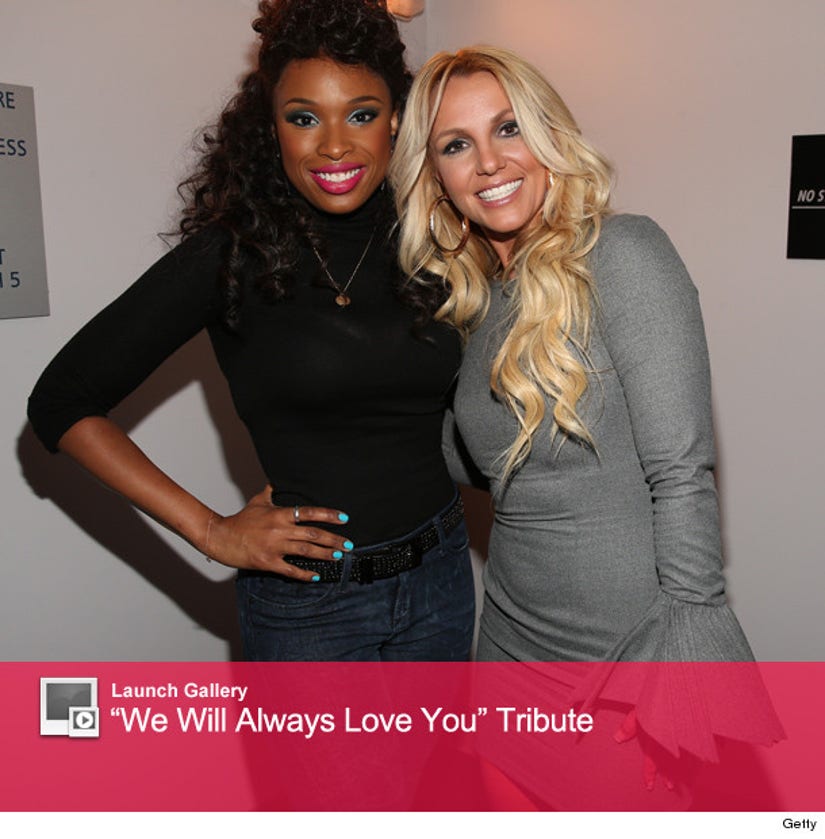 Whitney Houston inspired many of today's biggest artists -- and last night, they paid tribute to the late singer with a concert special featuring appearances by Jennifer Hudson, Britney Spears, Usher and even her own daughter, Bobbi Kristina.

CBS filmed their "We Will Always Love You" special on Thursday at the Nokia Theatre in Los Angeles, where J-Hud paid homage to Whitney by sporting a couple of the singer's '80s styles and even her big hair.

Hudson also performed a medley of “I'm Every Woman,” “How Will I Know” and “I Wanna Dance With Somebody” at the event, which will air November 16 on CBS.

Other performances included Usher singing "I Believe In You and Me" and Cece Winans and Yolanda Adams performing "Count On Me." Celine Dion was unable to attend the taping but will sing "The Greatest Love of All" in another pre-taped segment.

Halle Berry and Britney Spears both made speeches during the show, with Britney saying an early performance of Whitney's "I Have Nothing" won her a record deal.

Houston's daughter Bobbi Kristina was also in the audience with rumored fiance Nick Gordon -- but there was no sign of the alleged engagement ring. Could it all be a publicity stunt for their upcoming reality show?

Check out more photos from the event above.