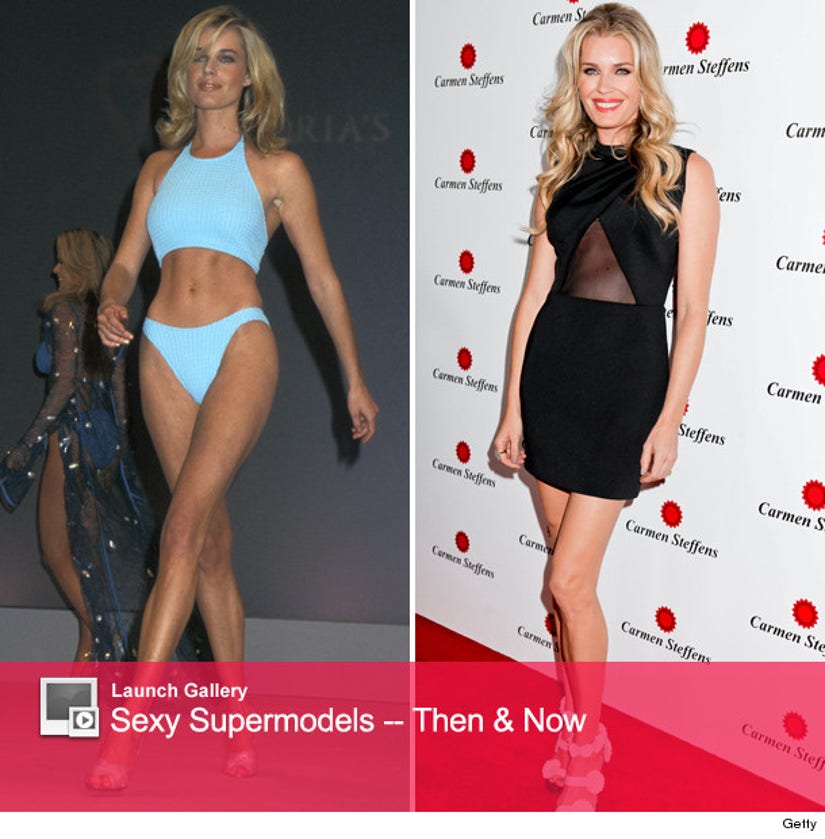 Rebecca Romijn kicked off her modeling career in the early '90s -- and today, her 40th birthday, the long-legged beauty looks better than ever!

Romijn was just 25 when she hit the runway for Victoria's Secret (left) back in 1997, one year before she married "Full House" star John Stamos.

On top of numerous modeling gigs, Romijn would go on to star as Mystique in the "X-Men" movies, played a transsexual on "Ugly Betty," had lead roles on short-lived shows like "Pepper Dennis" and "Eastwick" and currently appears on "NTSF:SD:SUV::".

While her marriage to Stamos full apart in 2005, she rebounded very well. Romijn married Jerry O'Connell in 2007 and they now have two children, daughters Dolly Rebecca Rose and Charlie Tamara Tulip.

While she may not be hitting the runway in her underwear anymore, Romijn has barely aged in the last 15 years.

See other other supermodels from the '80s and '90s have held up over time in the gallery above!