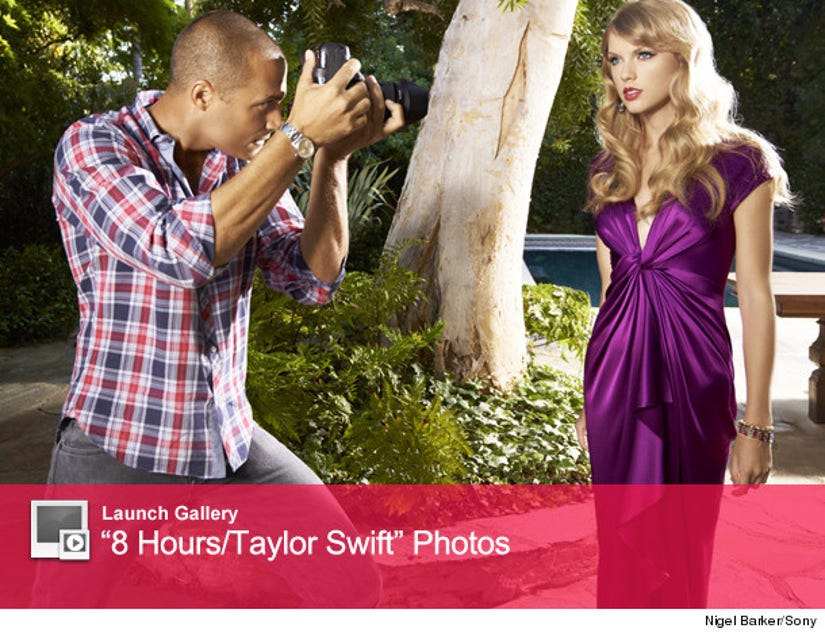 "Photographing one of the most famous pop icons of our time could have been a challenge, but working with Taylor was like a dream sequence," Nigel said of his famous subject. "In one day, we managed to shoot an entire book's worth of images and multiple short films! You daren't put your camera down for a moment for even when she's exiting the stage. It's iconic ... "

Beginning on November 12, customers who purchase a Sony Alpha DSLR or NEX camera at a Sony store will have the chance to receive the 60-page, oversized book while supplies last. Ten copies, signed by both Barker and Swift, will be auctioned off on eBay by Sony, with all proceeds benefiting the Boys & Girls Clubs of America.