Jennifer Lawrence is Hollywood's "it" girl.

She's the star of the hit "Hunger Games" franchise, but has proven her acting chops in her award-winning turn in "Winter's Bone" and the upcoming "The Silver Linings Playbook."

The 22-year-old graces the December issue of Elle, where she talks about her body, her boyfriend ("X-Men First Class" costar Nicholas Hoult) and being in control of her skyrocketing career.

Check out the stunning photos of Jennifer by Carter Smith below and read her candid answers! 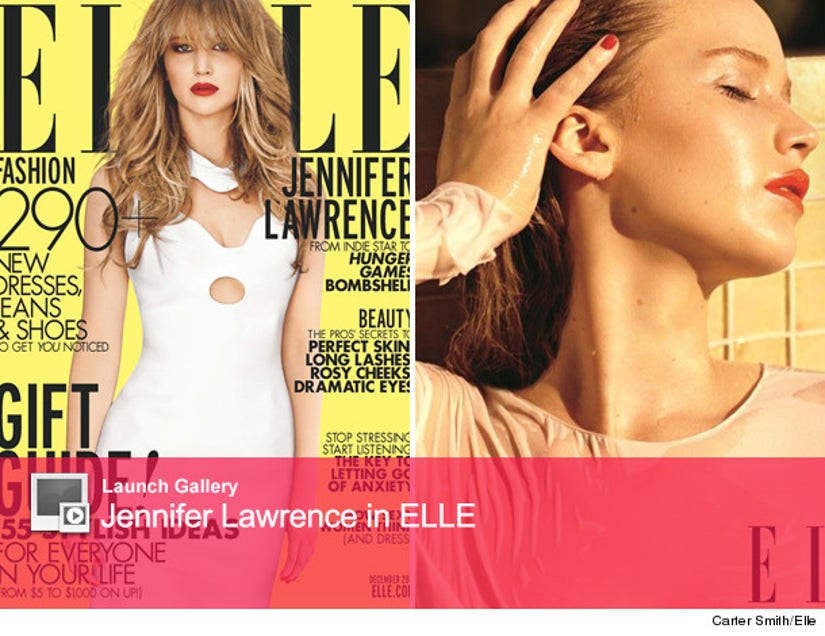 On dieting for a role:

"I'm never going to starve myself for a part… I don't want little girls to be like, 'Oh, I want to look like Katniss, so I'm going to skip dinner. That's something I was really conscious of during training, when you're trying to get your body to look exactly right. I was trying to get my body to look fit and strong -- not thin and underfed."

On her relationship with British actor Nicholas Hoult:

"[My boyfriend] is honestly my best friend, and hopefully I'm his best friend too. He's my favorite person to be around and makes me laugh harder than anybody ... We can eat Cheetos and watch beach volleyball and we turn into two perverted Homer Simpsons, like, 'Oh, she's got a nice ass.' I never thought we'd have such different opinions on asses."

On being in control:

"Acting, films, scripts, is literally the only thing I'm 100 percent confident in. I know what I'm doing. I just understand it, and I love it. When I'm on set, that's when I feel the most at home and in control."

"Ten million dollars and I'm still living in my parents' condo ... I've always lived in a tiny rat-infested apartment in New York, or a little condo in L.A., or a normal house in Kentucky. I think it would be very bizarre to live in a big mansion by myself."

Click here for more of Jennifer's interview and cover shoot or pick up the December issue of Elle, on newsstands November 13th.