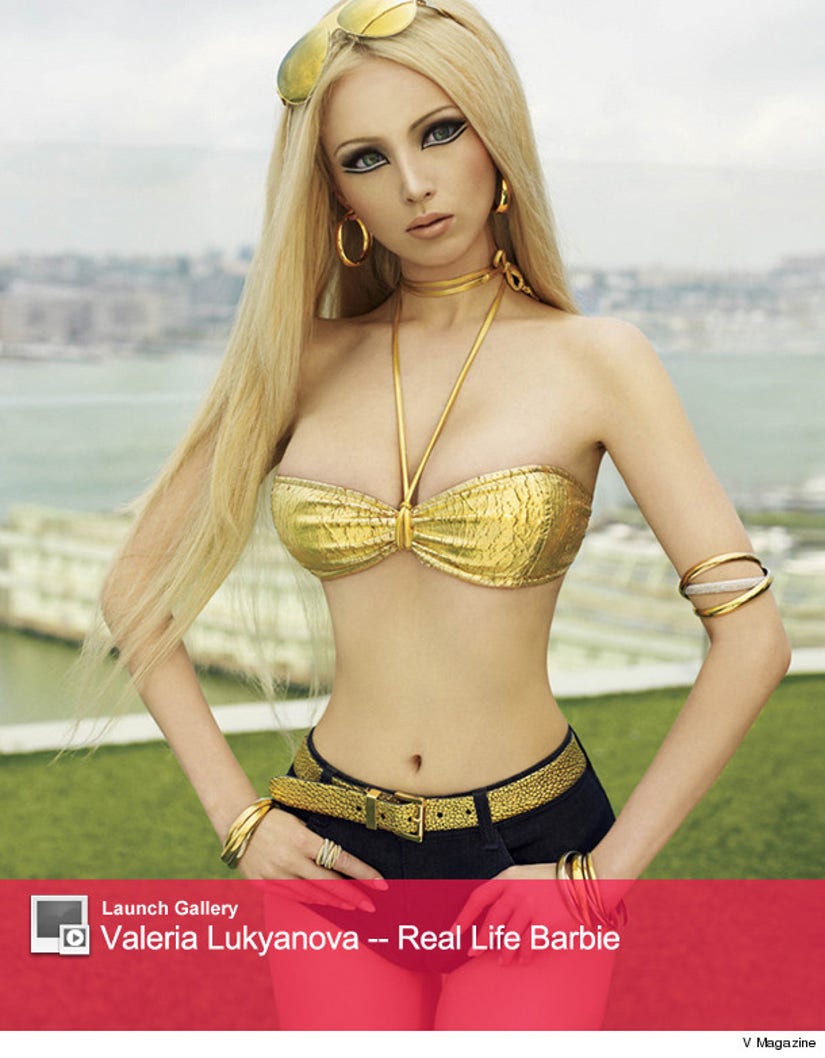 Her bizarre photos became widely popular -- so popular that ABC News did a profile questioning if she was even real.

Making her more confounding: Nobody was able to track her down for an interview ... until now.

V Magazine flew her out to New York for a Q&A and brand new photo shoot, a shoot that seems to confirm her unnatural figure and doll looks aren't just tricky Photoshop work.

When asked if she was "artificial in some way, either through computer technology or surgical procedures," Valeria shoots down the speculation.

"Many people say bad things about people who want to perfect themselves," she says. "It's hard work, but they dismiss it as something done by surgeons or computer artists. Some people even spread rumors about me and retouch my pictures to hurt me. But I don't take them seriously. I'm even flattered! It's what success is like. I'm happy I seem unreal to them, it means I'm doing a good job."

V Magazine says she pulls off her doll eyes through makeup and contact lenses -- but what about her body? Neither Valeria or the magazine are talking.

What do you think? Check out more of her bizarre interview here and see more photos above.