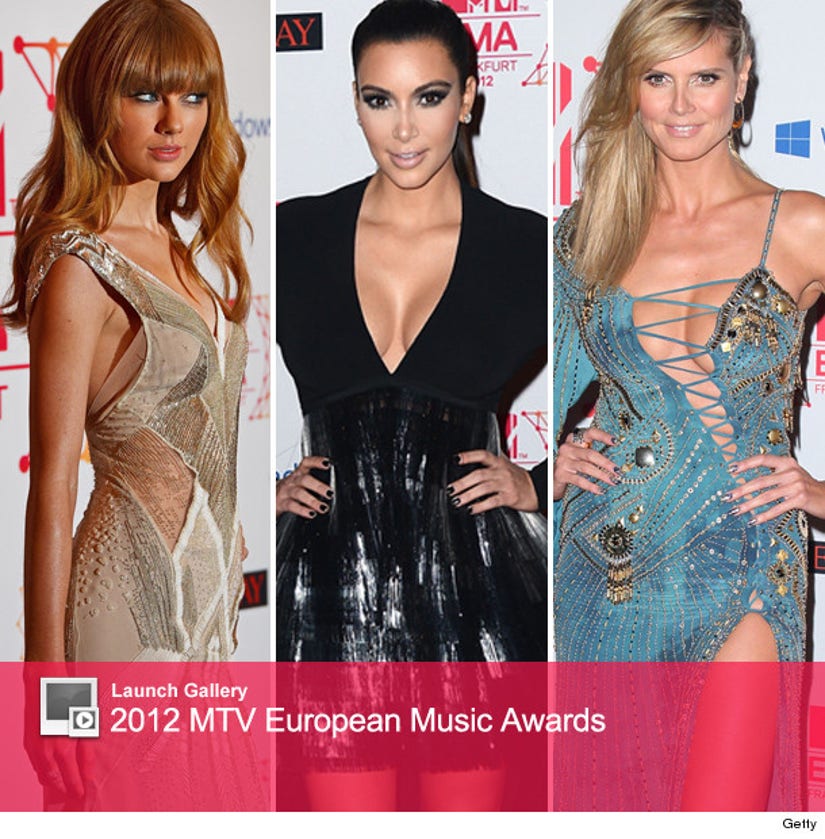 The 2012 MTV European Music Awards may have been held in Germany, but they were packed full of American superstars!

Taylor Swift, Kim Kardashian, Kanye West, Gwen Stefani, Alicia Keys and The Jonas Brothers were only some of the big names at this year's event.

German-born supermodel Heidi Klum hosted the festivities, where she showed off a whole lotta skin by hitting the red carpet in a very revealing (and very, very sexy) teal gown with a lace up the front and a big leg slit.

Klum also had a number of costume changes during the show, appearing in a different outfit every time she stepped back on stage.

She wasn't the only one showing skin though! At one point she was upstaged by some male nudity, when she smacked a couple g-string-covered bottoms during a skit for the show. 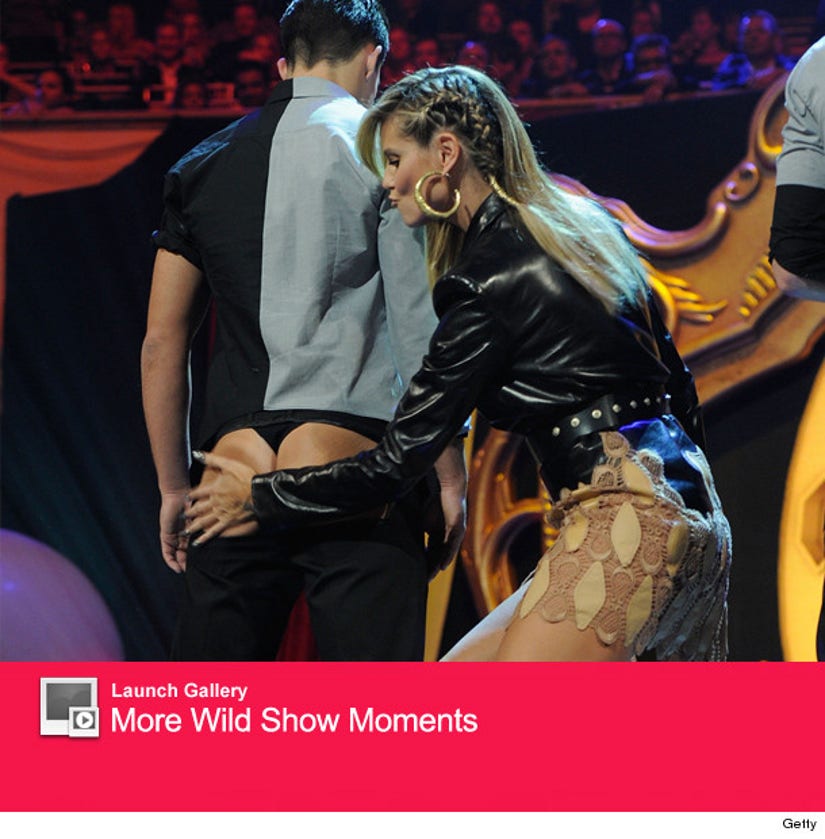 Check out the gallery above to see Kim and a very bored-looking Kanye West, Taylor Swift in a sexy ringleader uniform and find out who was hanging out together backstage.