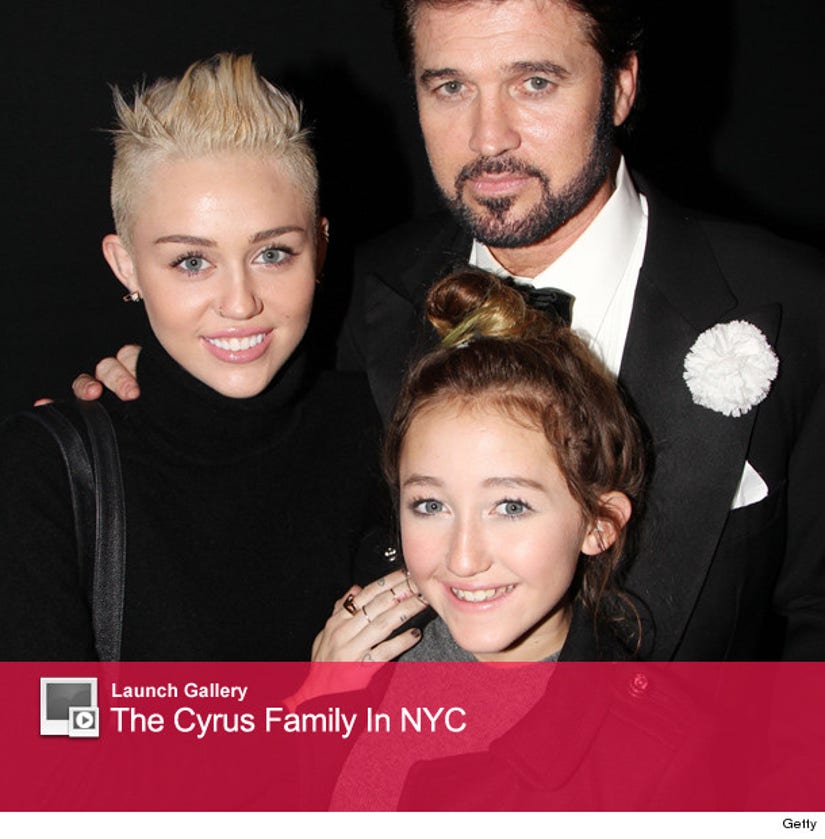 Miley Cyrus' new haircut made major headlines ... and she's already updating her 'do!

The former Disney star, her mom Tish and sisters Noah and Brandi all went out to the Ambassador Theaters in NYC last night to support Billy Ray Cyrus as he performs in "Chicago."

And look at that hair!

It looks like Miley bleached the sides and had some taken off the top -- and with good reason.

She announced on Twitter that she just shot her first cover for Cosmopolitan, so the touch-up was probably for the shoot.

What do you think? Do you miss her long hair?