Miranda Kerr, Adriana Lima, Alessandra Ambrosio and more hit the runway in this year's Victoria's Secret Fashion Show -- and we've got a sneak peek of all the eye candy action.

The runway show was filmed last month, but brand new video was just released today, showing the Angels strutting their stuff on the catwalk in next to nothing.

Alessandra had the honor of wearing this year's Floral Fantasy Bra -- which is worth $2.5 million! Even more shocking: Alessandra donned the look just 5 months after giving birth!

And with appearances from Rihanna, Justin Bieber and Bruno Mars, this event is filled with almost as much music as cleavage.

Check out the lingerie-filled behind-the-scenes video above and be sure to check out this year's show when it airs next Tuesday night on CBS.

Want more? Check out some pics from the sexy show below: 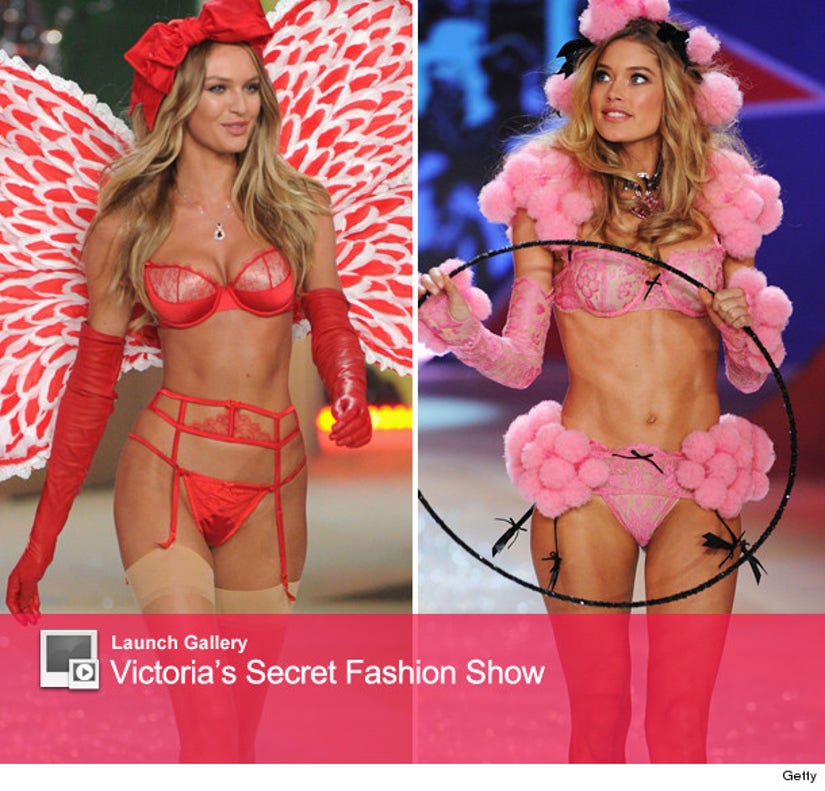