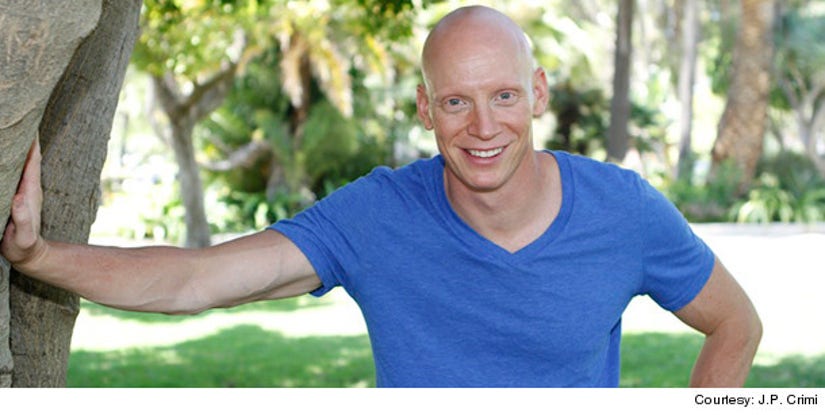 If you've helped yourself to one too many Christmas cookies or been overindulging in the holiday spirits, this article is for you.

"The holidays can be stressful and it's really easy to go crazy at Thanksgiving and then just say to heck with it I'll do something after the New Year," J.P. explains. "And in that six or seven week span, many people put on a bunch of weight at holiday parties and family gatherings. It's always much easier to put on weight rather than take it off, but people really seem to go overboard during the holidays."

So how do you keep from packing on the pounds during the holidays. Here are J.P.'s three tips:

1. Eat a good healthy meal right before you go to the movies so you don't order all that candy and popcorn. That also works for holiday parties. The worst thing you can do is not eat dinner or starve yourself that day because you know there's going to be a bunch of food at the party that night. It's hard to remain disciplined if you let yourself get hungry. You greatly improve your ability to turn down deserts and snacks when you've already eaten a good meal.

2. If you are going to the mall, park far away and use the stairs instead of the elevators. This also a good way to not get stressed in the mall parking lot! Another trick is to push yourself a little harder on days you know you're going to a party, dinner or event. Ideally, workout beforehand.

3. If you do go a little crazy, don't allow that to spiral out of control and don't beat yourself up. Get right back up on that horse the next day with at least some kind of exercise. Anything is better than nothing.

As for sticking to that New Year's Resolution to lose weight, here's J.P. advice:

"The best way to stick to your New Year's resolutions for would be by hiring me at www.workoutwithjp.com [laughs]. But in all seriousness if a trainer is not in your budget, find a buddy and commit to a resolution together. Having a workout buddy who holds you accountable will make a big difference. Even better, have a New Year's resolutions contest with your coworkers or friends: throw some money into the pool and the person who gains the best results/loses their goal weight, wins the pot!"

J.P. definitely knows what he's doing, having helped stars like Matthew Perry and David Arquette get into shape.

J.P. helped Matthew get to his lowest weight in 15 years by making sure they're having fun while working out.

"Most people don't know that growing up, Matt was a junior tennis champion in Canada, so it was really just about finding that former athlete in him again," says J.P. "[We] usually warm-up with a few games of ping pong where he kicks my butt. [It] sounds funny but we actually work up a sweat. Then we do some light stretching followed by a an hour circuit training session consisting of a lot of TRX for total body and core strengthening with some weights and elliptical training mixed in. This we usually do 3-4 times a week depending on how busy his shooting schedule is."

To achieve David's naturally ripped look (which you can see below), J.P. employed lot of hiking, pushups, TRX and Battleropes. If you want to know more about Battleropes, J.P. has a video up on his site and a bunch of TRX videos coming out soon. Sign up for his free videos and tips and they'll come right to your email.