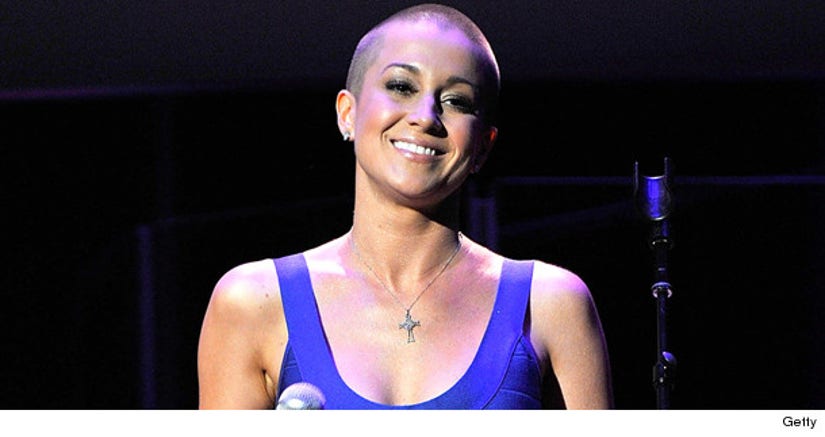 Kellie Pickler has been keeping a relatively low profile since shaving her head for breast cancer awareness back in September -- but what a difference four months makes!

The former "American Idol" contestant showed off a pic of her longer 'do (and newborn niece) late last night.

"Finally!!! It's official...I'm auntie Kellie!!!!!! :)," the country singer tweeted along with the pic, which shows her holding an adorable baby and sporting short, cropped blonde hair. Don't they both look cute?

Other than an appearance at the ACM Honors in September 2012 (above) and the CMAs in November, we haven't seen too much of Kellie lately.
How do you think she looks with the short hair?