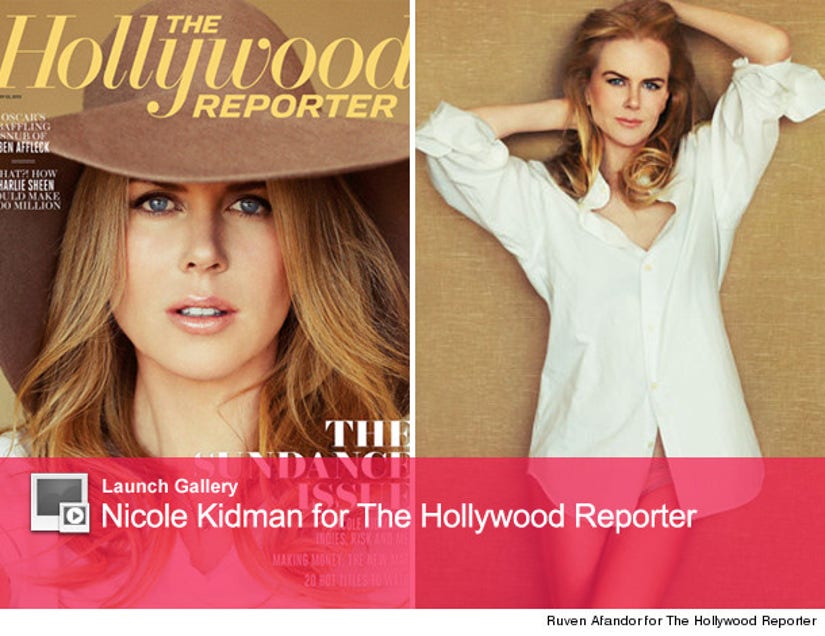 Nicole Kidman has now officially been divorced from Tom Cruise longer than she was married to him, yet she still can't seem to escape the ever-present Scientology questions.

The 45-year-old graces the cover of The Hollywood Reporter's Sundance Issue, where she finally speaks out (sort of) on the controversial religion ... and discusses crazy sex on screen.

"I've chosen not to speak publicly about Scientology," the Aussie says, when pressed on her thoughts of Scientology and the new book "Going Clear," which claims that the religion was the cause of her divorce from Cruise. "I have two children who are Scientologists -- Connor [now 17] and Isabella [20] -- and I utterly respect their beliefs."

Kidman and Cruise adopted the children during their 10-year union, and this book and a recent Vanity Fair exposé allege that the Church has turned them against her -- a topic she still adamantly avoids.

Topics she doesn't mind discussing though -- sex ... and urination.

The actress caused waves (so to speak) when she urinated on Zac Efron in her recent film "The Paperboy," but Kidman doesn't get the big deal.

"I just don't find urination shocking," she says. "I think I peed in the beginning of 'Eyes Wide Shut' too. But then, I don't find a lot of things shocking! Violence is a lot more shocking than sex -- sex is primal... I felt shy singing in 'Moulin Rouge!' But peeing -- no, not shy."

Check out The Hollywood Reporter Sundance Issue for more from Kidman -- including talk of her rough sex scene with John Cusack in the flick -- and click "Launch Gallery" above to see her stunning shots.