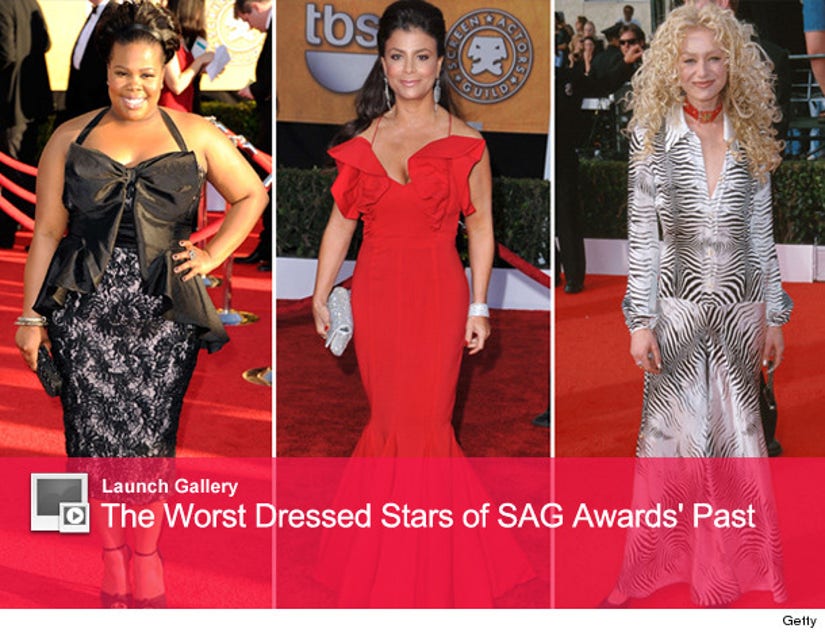 The 2013 Screen Actors Guild Awards air this Sunday -- and as we gear up to see our favorite stars hit the red carpet, we wanted to take a look bag at some of the SAG Awards worst looks!

In 2012, Amber Riley was a red carpet fashion offender in this bow-tie Badgley Mischka dress! While the silhouette of the dress looks lovely on the 26-year-old, the giant bow on her brazier is distracting ... to say the least.

In 2009, Paula Abdul straight-up missed the mark in this red ruffle fish-tail dress. There's just too much going on with the bright color of the dress and the extra fabric detail ... and her hairdo isn't our favorite style on the former "American Idol" judge.

All we have to say is "yikes!" about Portia de Rossi's 2000 SAG Award look! The zebra-patterned collar dress is just bad (in every sense of the word). Rossi's hair and red necklace don't help either.

We're sure there will be a few more fashion mishaps this year -- click "Launch Gallery" above to see all the worst dressed stars of the SAG Award's past!