Fergie has been suspiciously concealing her lady lumps lately ... which has us wondering if it's really in an effort to hide (wait for it) a baby bump?

The Black Eyed Peas singer hit the red carpet for the premiere of hubby Josh Duhamel's latest flick, "Safe Haven." The 37-year-old let her handsome beau work the carpet solo, while she played the role of the supporting wife.

Sure, Josh is great to look at, but we couldn't take our eyes off his pop star wife ... and that terrible, terrible potato sack of a Gucci dress.

What was she smuggling under there? If she's not hiding a bun in the oven, then we'd suggest a new stylist.

Josh weighed in the the baby debate, telling E! News' Jason Kennedy "no" when he asked if there was any information on the "family-planning front."

We're not buying what he's selling -- you know how Hollywood works -- nobody announces big news without a magazine cover.

Check out all the red carpet shots from the Hollywood premiere of "Safe Haven" to see Julianne Hough, Cobie Smulders, Ashley Tisdale, Ryan Seacrest, and more! 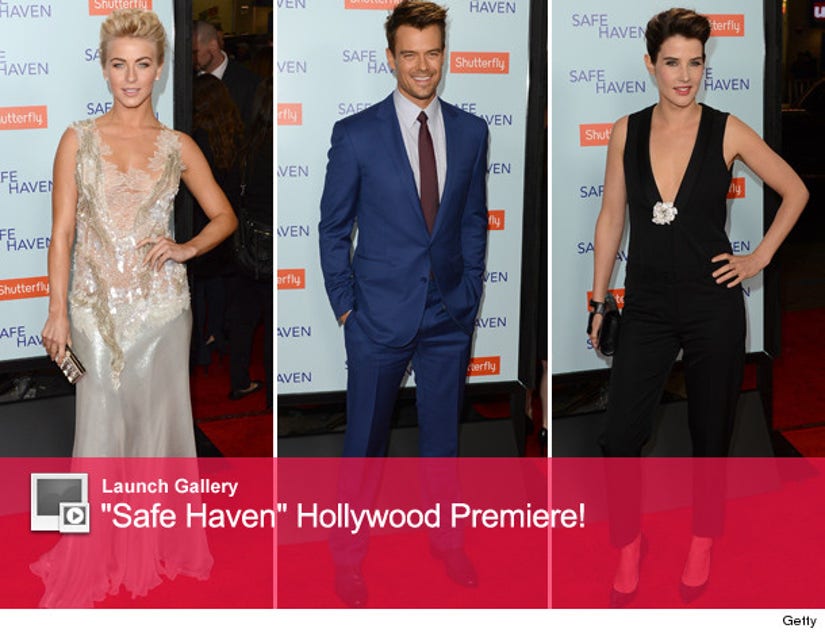